Charles Leclerc has already devised an astute strategy for carving his way through the field when he starts at the back of the grid in Sunday's Russian Grand Prix.

The Ferrari driver was supplied with a fourth new-spec power unit in Sochi, an inclusion that unfortunately implies a back row start for the Monegasque as the extra hardware exceeds his authorized limit of three engines for the entire season.

But Leclerc will be in good company at the tail end of the grid, with Max Verstappen sitting alongside him following Red Bull's decision to also assign a new unit to the Dutchman.

Given the pace difference between the two drivers' cars, Leclerc says he'll simply try and follow Verstappen's lead on Sunday when the lights go off to try and move up the order.

"It is a very difficult track to overtake," said Leclerc. "I tried during FP2 and it was very difficult, so let’s see. We never know".

"I’ll try to give my best, but I expect maybe a difficult race on Sunday… but it might be a bit easier for [Verstappen], he’s quite a bit quicker than us.

"But I’ll try to use him to just stay behind him and overtake the cars with him." 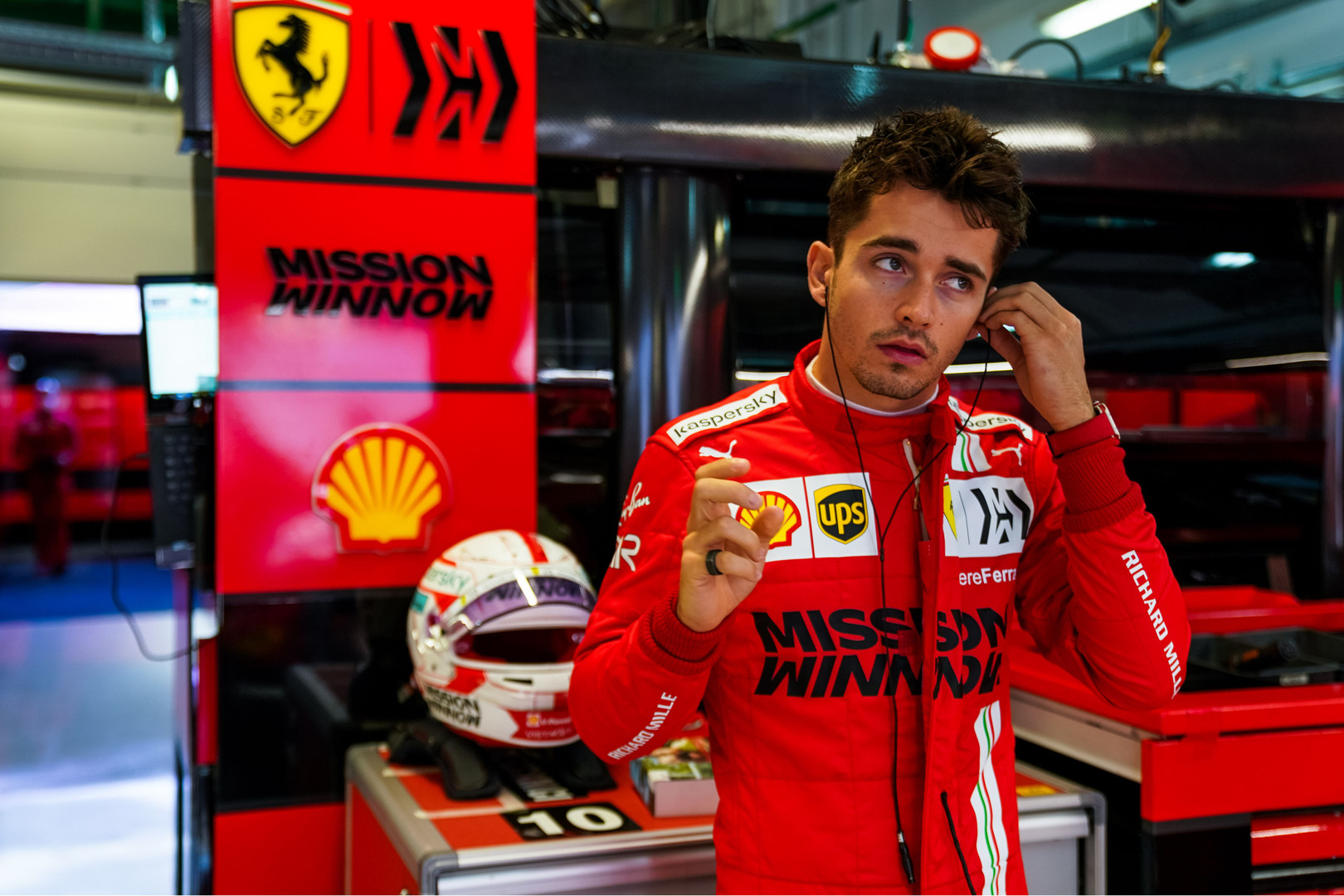 But the Leclerc was overall satisfied with his day and the performance of the new power unit which features a revised hybrid system.

"I feel that it is a little bit better, which is great," he said. "And obviously the data confirms it, so yes, it’s great to feel it and to see it.

"It was a positive day," he added. "Obviously whenever you put such… a big change for everyone, for the mechanics, for us; it’s a new car.

"So, it’s good to see that everything was working as expected, and now we’ve been focusing mostly on the race because from qualifying anyway we start last.

"So we’ve done a good job today by taking as much information as we could and [I’m] happy with our Friday."