Mercedes team principal Toto Wolff insisted that his team had been right to overrule Lewis Hamilton at a critical point of the Russian Grand Prix.

With just five laps to go, a sudden downpour at the end of the race led to fevered discussions on the pit wall about whether to keep their drivers out or to come in for wet weather tyres

At the time, Hamilton was within range of Lando Norris for the race lead. He was reluctant to give up track position and initially stayed out, insisting that the rain was already easing off.

"I ignored the first call," Hamilton told Norris in the media pen later. "I was like, 'No he's right there!'"

But the Mercedes strategists had access to the weather radar which told a different story.

"For the driver it's always very difficult when half of the track is dry and the other one is just a bit humid," Wolff told the media after the race. "We knew that the big weather was coming."

The team acted first to call Valtteri Bottas in on lap 47 when he was running outside the points in 14th.

"We'd made the call a little bit earlier with Valtteri. That brought him into contention after a challenging race. He did a great job to move up the field and into the top five.

"Then our weather frog and the strategists were adamant [that Lewis had] to pit [as well]," he added.

After a troubled start to the race that saw him fall to seventh place on the opening lap behind Daniel Ricciardo, by the closing stages Hamilton had fought his way back to second place and was pressuring Norris for the lead by the time the rain started to fall. 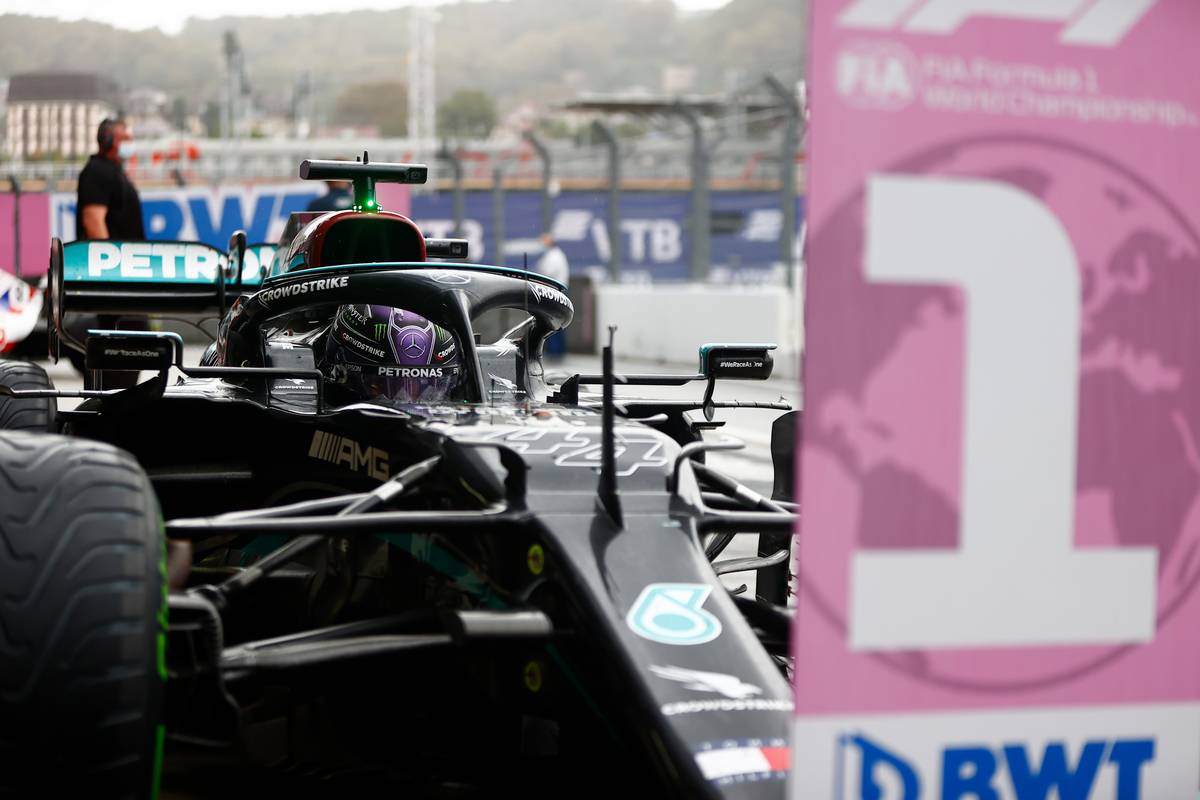 "Those final few laps were so intense, but we managed to make the right calls and lead the field across the finish line," said Wolff.

"We were in a way prepared to brace for the tough end, whether we could overtake Lando on-track or not," he explained. "Then the rain hit and things got pretty erratic at that stage."

While Hamilton did eventually follow order to pit, Norris insisted on staying out - and paid the price as he went spinning off, eventually finishing the race down in seventh place.

"Norris managed the race very well, who knows what would have happened if the rain hadn't arrived, but it did.

"I understand why it was so difficult for McLaren to take this decision to stay out or come in," Wolff said. "As a leader, you can only lose. We benefitted from that today, and it's spectacular for the fans I guess."

Wolff admitted that it was hard to say whether Hamilton could have passed Norris on track if the rain had held off, pointing out that Hamilton had struggled to get around Ricciardo in the second McLaren in the opening stint. 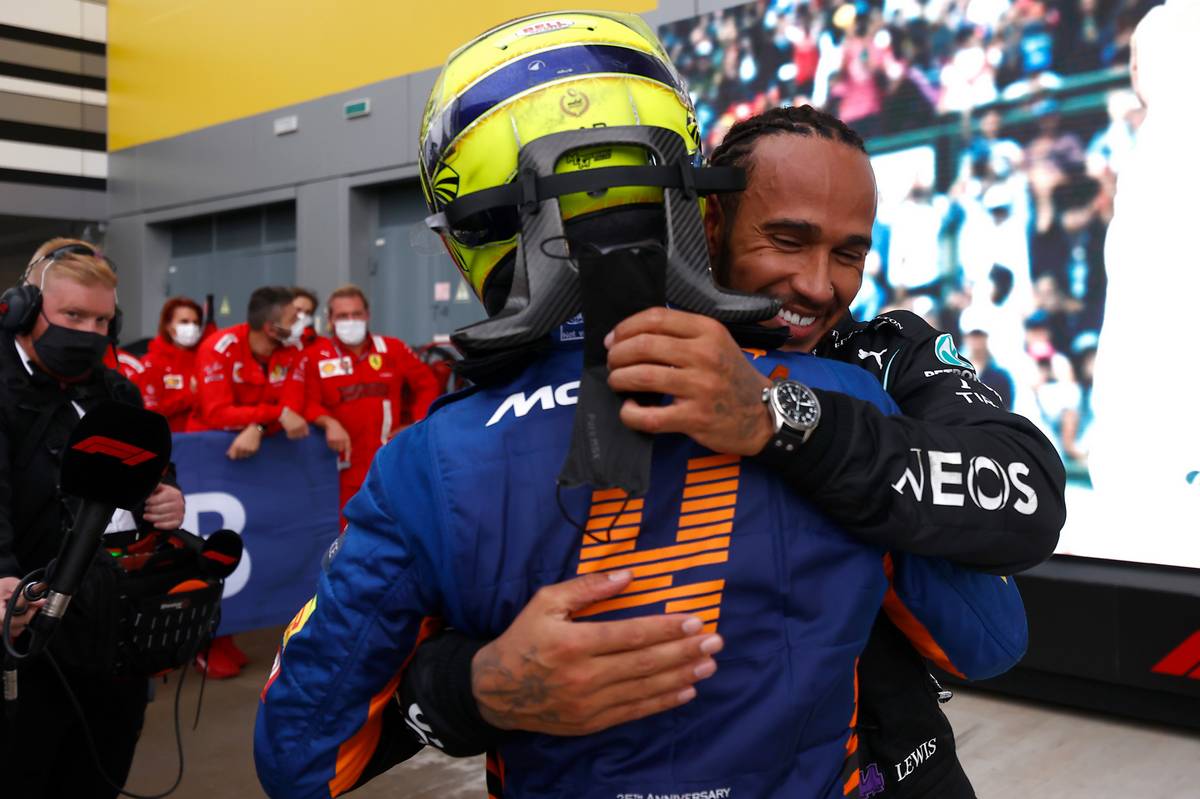 "Lewis was stuck behind Ricciardo at the beginning of the race, although Ricciardo had DRS," he explained. "I think it would have been difficult to pass. They had a fast car today, and it was well managed from his side."

Chief race engineer Andrew Shovlin commented: "We'd managed to get Lewis up to second and it would have been a straight fight with Lando in the dry.

"We were actually hoping for the rain as it felt like that would be our best chance of making it to the top step.

"Obviously the end of the race was quite exciting, the team stayed calm and reacted well to the conditions and ultimately that's what gave us the win."

The outcome of the race means that Mercedes are now 30 points ahead of Red Bull in the constructors standings while Hamilton now has a slender two point advantage over Max Verstappen in the drivers battle.

"It's been a little while since we had a race victory," Wolff said. "But I know results like this will fire everyone up even more to keep pushing until the end of the season.