Daniel Ricciardo says McLaren has worked hard since its eventful Russian Grand Prix to ensure that it "hits the ground running" next weekend in Turkey.

In Sochi, the Woking-based outfit almost followed up Ricciardo's remarkable breakthrough triumph at Monza with another sensational win, courtesy of an outstanding display by Lando Norris that was undone by the elements just three laps from the checkered flag.

Despite its painful defeat along the shores of the Black Sea, the papaya squad enjoyed a double point finish in Russia that allowed it to increase its lead in the Constructors' standings over Ferrari to 17.5 points.

But Ricciardo knows that McLaren must uphold its momentum as positions can turn on a dime.

"We’ve been working hard since the last race to make sure we hit the ground running," said the Aussie in his team's Russian Grand Prix preview.

"Given we only went back there last year, we don’t have a huge amount of data on how best to set the car up, so we’ve been doing work in the sim to learn a bit more and allow us to start strong on Friday. 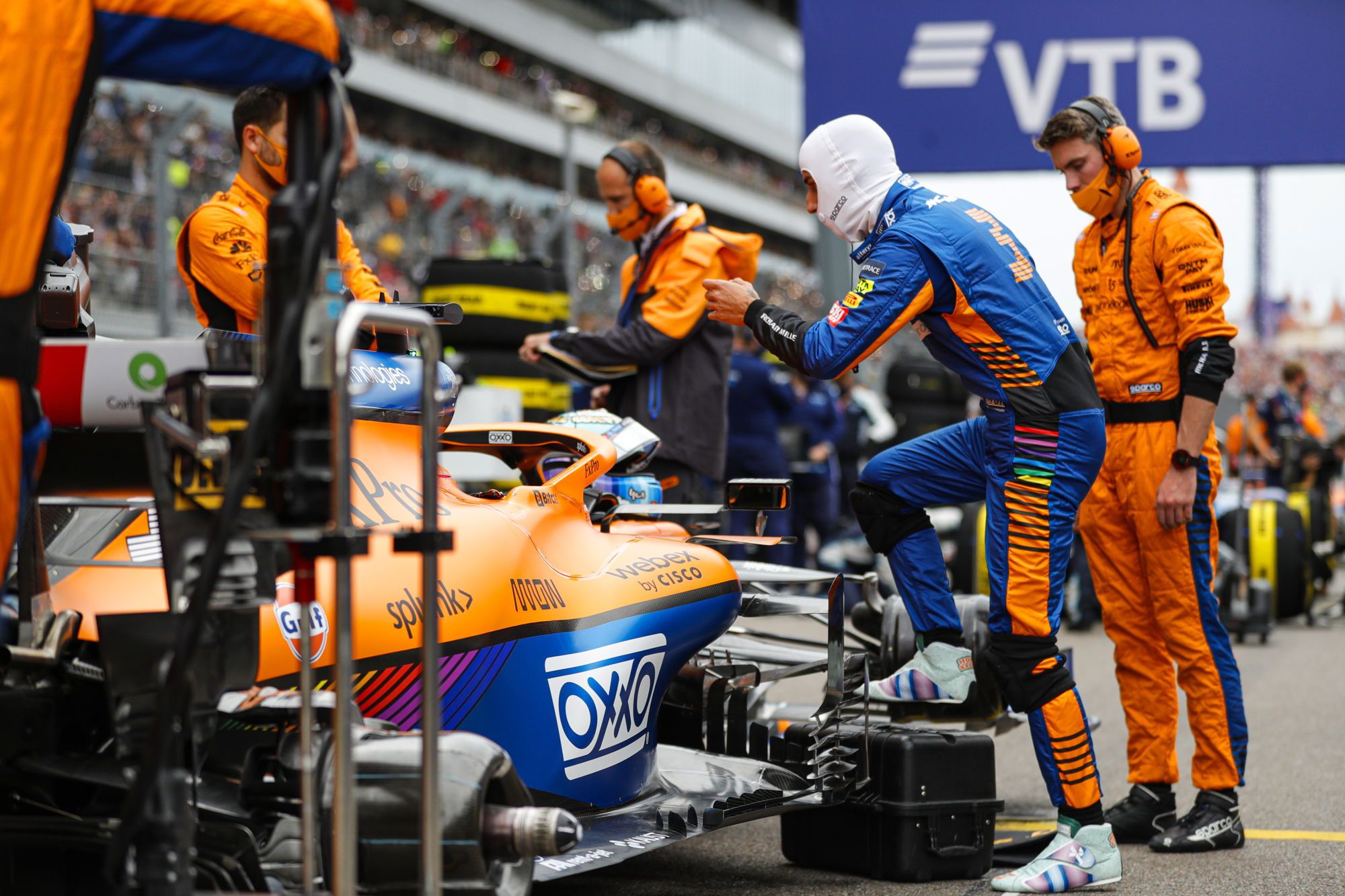 "The fight for third in the Constructors’ is really tight at the moment and we know that every point counts, so we’re doing everything we can to outscore our competitors at every weekend.

"We’ve had a good start to the second half of the season, so we head to Turkey looking to retain and build on that momentum as we approach the final third of the season."

McLaren team boss Andreas Seidl echoed his driver's comment, but underscored the fact that the championship is set to enter a "crucial" phase.

"We’re coming to a crucial part of the season, and with the calendar now confirmed through to the end of the year, the challenge ahead of us is now clear," said Seidl.

"Simply put, we must ensure we are scoring as many points as possible every weekend, to maintain this fight for third in the Constructors’ Championship.

"The team, both back at the factory and at track, along with our colleagues at Mercedes HPP, have done a fantastic job so far to put us in this position, but the battle is still tight.

"We need to maintain our focus, our intensity and give it everything from now to the end of the year."

Hamilton 'possibly' set for back row start in Turkey