AlphaTauri's Pierre Gasly will head into qualifying this afternoon as the fastest man in the final practice session, the Frenchman preceding in FP3 Max Verstappen and Sergio Perez.

Damp conditions prevailed during the morning run, and while conditions improved as the session unfolded, many drivers were caught out by the tricky low-grip track but fortunately with no significant consequences.

As forecasted, Saturday in Istanbul dawned wet and soggy, leaving teams and drivers to deal at the outset with a slippery final practice.

Wet conditions usually warrant limited running in FP3 but the prospect of an equally damp qualifying incited everyone to take to the track in preparation for this afternoon's running.

Full wets were the tyres of choice when the session kicked off but ten minutes in, a switch to inters was already in order as the water started to disperse.

While Mercedes' drivers only indulged in the odd exploratory lap, Red Bull's contenders remained in the garage.

Ferrari's Sainz had set the fastest time when the session was red flagged after George Russell had beached his Williams at Turn 2.

However, the car's swift recovery from the gravel trap ensured that it was but a short halt. When the action resumed, the big guns popped to the top, with Hamilton and Verstappen trading places at the top. 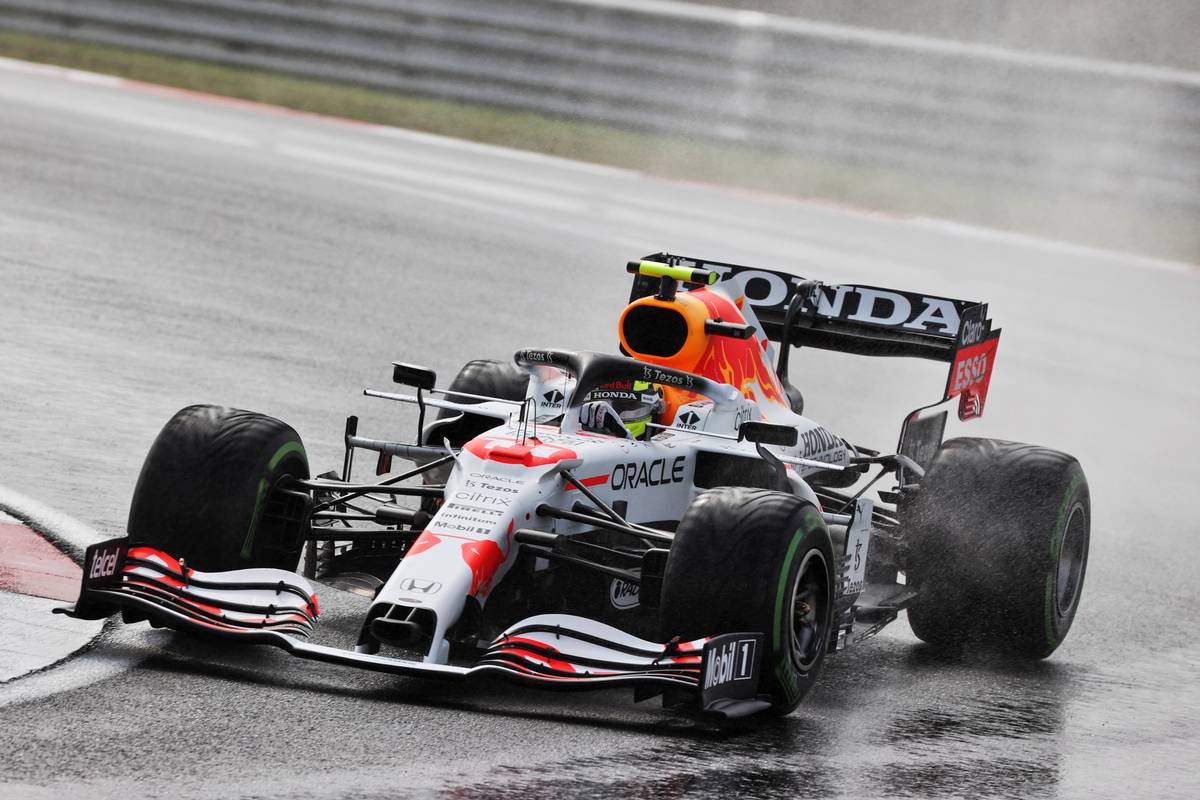 Charging on, the Dutchman was caught out at Turn 9 where he engaged in a harmless 360-degree spin, a mishap emulated a few laps later by Aston Martin's Sebastian Vettel.

Meanwhile, Bottas took command at the front, but the Finn was quickly overhauled once again by Verstappen.

Changes behind the Red Bull driver were fast and furious with Leclerc, Sainz, Gasly and Raikkonen all hooking up good laps among the top five.

As the session entered its final 15 minutes, and with the track surface drying quickly, Perez and then Gasly went to the top, with the Frenchman edging the Mexican by 0.234s based on his 1m30.447s flyer. 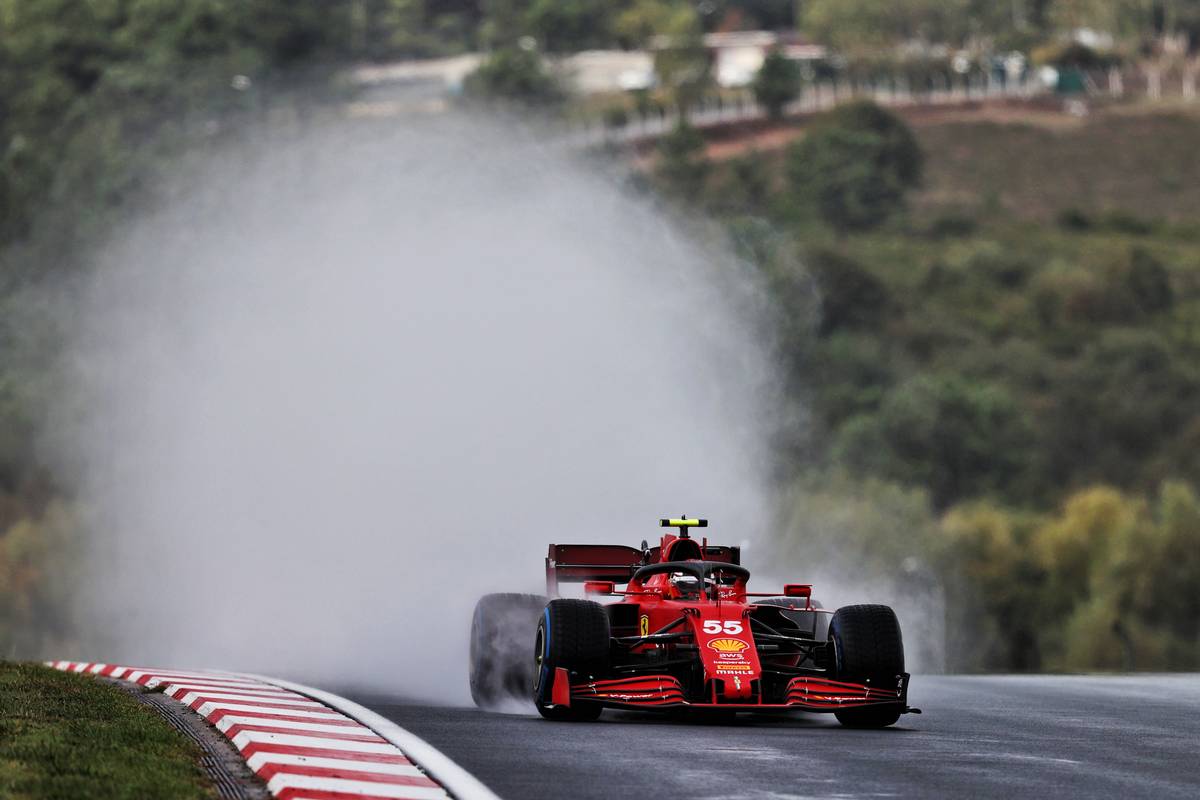 Traffic subsided in the closing stages of the session as drivers were perhaps encouraged to save their inventory of inters for more potentially semi-wet running later in the afternoon.

The morning thus concluded with Gasly at the top, followed by Verstappen, Perez, Sainz and Leclerc. Behind the top-five, Alonso, Raikkonen, Tsunoda, Bottas and Ocon rounded off the first half of the field.

Lingering down in P18 with just five laps under his belt, Hamilton obviously considered that there was little to gain by running in the low grip conditions.