Toto Wolff says that Mercedes' improved understanding of its 2021 car has led to it now being "in a better place" relative to arch-rival Red Bull than earlier in the season.

Red Bull was generally regarded as fielding a faster car than Mercedes in the first half of the season during which it won six races versus four wins for the Brackley squad and Lewis Hamilton.

After Hamilton's triumph in Russia, where title rival Max Verstappen finished second following a back row start, the Briton and teammate Valtteri Bottas outpaced the bulls in qualifying on Saturday at Istanbul Park.

Verstappen will start Sunday's race alongside the Finn following Hamilton's ten-place grid drop due to an engine change, but the Dutchman acknowledged Mercedes' superior pace in Turkey.

Wolff believes that Mercedes owes part of its edge to the team "gradually understanding its car better" after the relative set back it endured in the wake of this year's regulation that impacted the low-rake concept of its W12. 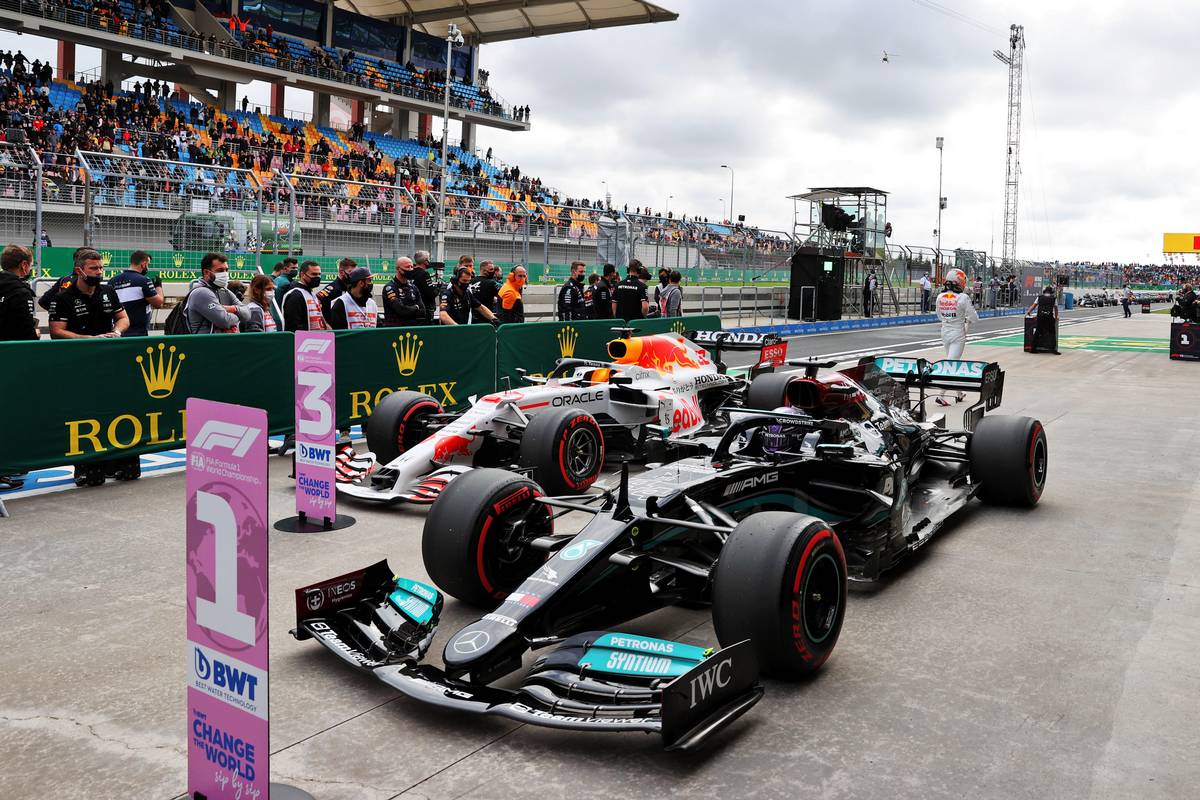 "The regulations that came in at the beginning of the year created a situation where you run the car where we haven't been running in the last few years," Wolff said.

"So today we would have been first and second on the road with a solid margin, but unfortunately Lewis has to go back.

"The nice part of the day is that we have pace, and there is six plus one races to go, and where the car is today is definitely in a better place than it was in the spring and the summer."

After Saturday's qualifying, poleman Bottas – who last won in Russia in 2020 - affirmed his will to "race my own race" at the front rather than undertake a supporting role for Hamilton. And Wolff confirmed the Finn's plan to hold his own up ahead.

"Valtteri's going to race his race tomorrow," Wolff said. "This is about the race win and Valtteri's win, and the team's win, and we're not going to do any bunching up."

All cars among the top ten on the grid save for AlphaTauri's Yuki Tsunoda will start on the medium tyre, which unfortunately leaves Hamilton with little opportunity to rely on a strategy to advance through the field.

"It is what it is," said Wolff. "He can only try to do the utmost, and I wouldn't want to have any other driver in the car when it is about overtaking and going through the field than Lewis.

"Having said that, yesterday we simulated some of these situations, and it's very difficult to follow in traffic, a phenomenon we have seen all year, but could be something that we need to fight tomorrow.

"There will not be many options left than to try with strategy, and obviously hope that the front train is not disappearing into the distance."