Max Verstappen joked that his biggest problem in Sunday's Turkish Grand Prix was simply staying awake, although he added that rain and drizzle meant that conditions in Istanbul had been tricky all afternoon.

"It was not easy today, the track was very greasy," he told David Coulthard in parc ferme after the end of the race.

Verstappen had started on the front row alongside pole winner Valtteri Bottas, but didn't have a strong start and immediately settled into second which is where he remained for the rest of the day.

"It just seemed like Valtteri had a bit more pace, could look after the tyres a bit better as well," Verstappen acknowledged. "I'm still happy to finish second.

"We just had to manage the tyres the whole race, so we couldn't really push," he explained. "It's also easy to get it wrong, and you drop back. Overall very, very pleased."

Asked what his biggest challenge had been all afternoon Verstappen replied: "Staying awake!" before adding: "No it was just all about managing the tyres.

"You were never pushing, to make it to a certain amount of laps, and then boxing for another set."

Finishing in second while Lewis Hamilton was only able to recover to fifth place at the chequered flag after serving a ten place grid penalty for taking a new engine this weekend means Verstappen is now back in the lead of the drivers title battle. 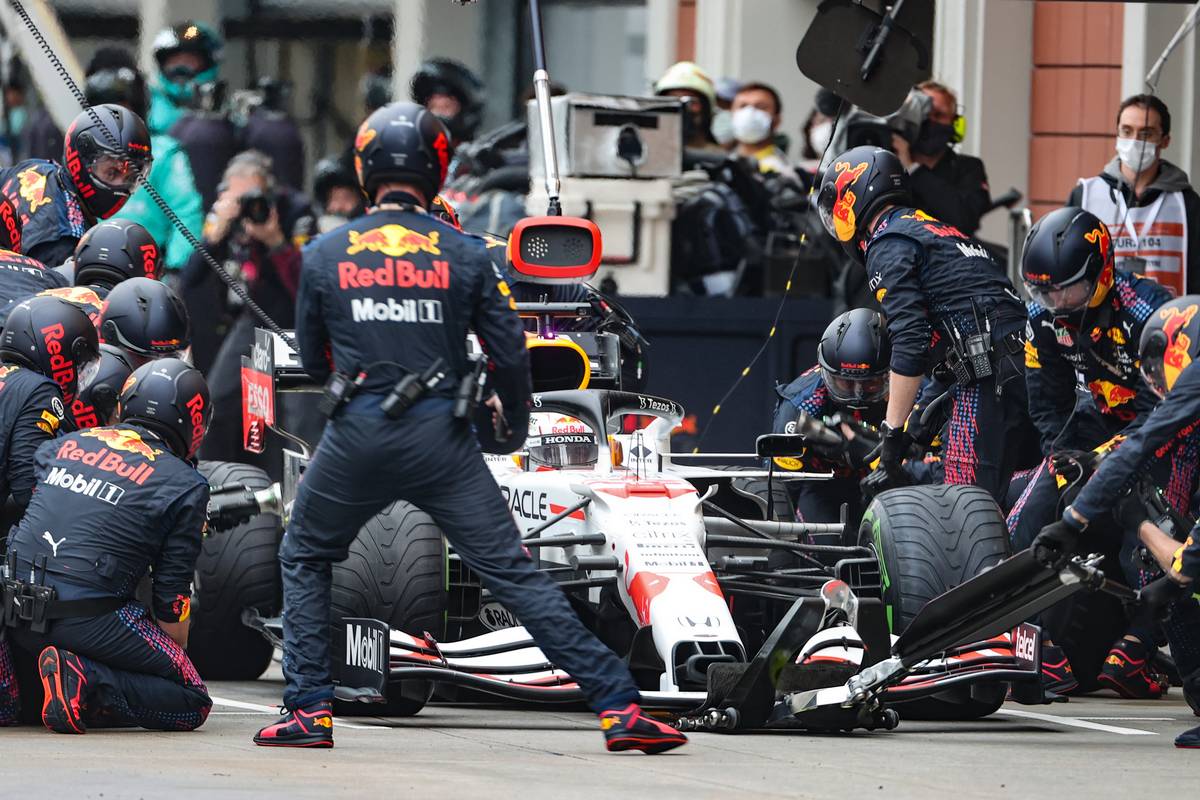 Verstappen has a six point lead with six races remaining. However Mercedes still has the upper hand in the constructors championship with a 36 point advantage over Red Bull.

Despite Verstappen and Sergio Perez both getting onto the podium in Turkey this week, Bottas' win and Hamilton's fifth place means that Mercedes actually increased their lead by three points.

"It's been close the whole year," acknowledged Verstappen as he looked ahead to the next race in the United States. "I think so far this season has been really good.

"Its very good but we need to find more pace," he told Sky Sports F1. "Six points is nothing. So far I can't complain about the season, but the last few races they have picked up the pace.

"Overall on a weekend where we're off pace compared to them, so to come away with second and third with Checo is a great result."

"I'm pretty sure in Austin it will be a good battle with Mercedes," he said. "We just have to keep on pushing, keep on trying to improve, and then we'll see where we end up at the end.

'Probably one of my best races', declares delighted Bottas