Charles Leclerc says he has no regrets about how the Turkish Grand Prix turned out, and insisted that Ferrari had made all the right calls even if it meant he missed out on a podium - or even victory.

Leclerc started the race from third place on the grid, and maintained the position throughout the opening stint until Valtteri Bottas and Max Verstappen made their stops from the lead of the race on lap 36 and 37.

That put Leclerc out in front, but now the crucial question was when he would make his own visit to pit lane - or whether he would attempt to stay out on his used intermediates all the way to the finish on the 58-lap race.

Leclerc initially wanted to stay out, but the Ferrari pit wall decided to call him in on lap 47 even though it dropped him to fourth place, which is where he crossed the finish line for the fifth time in 2021. 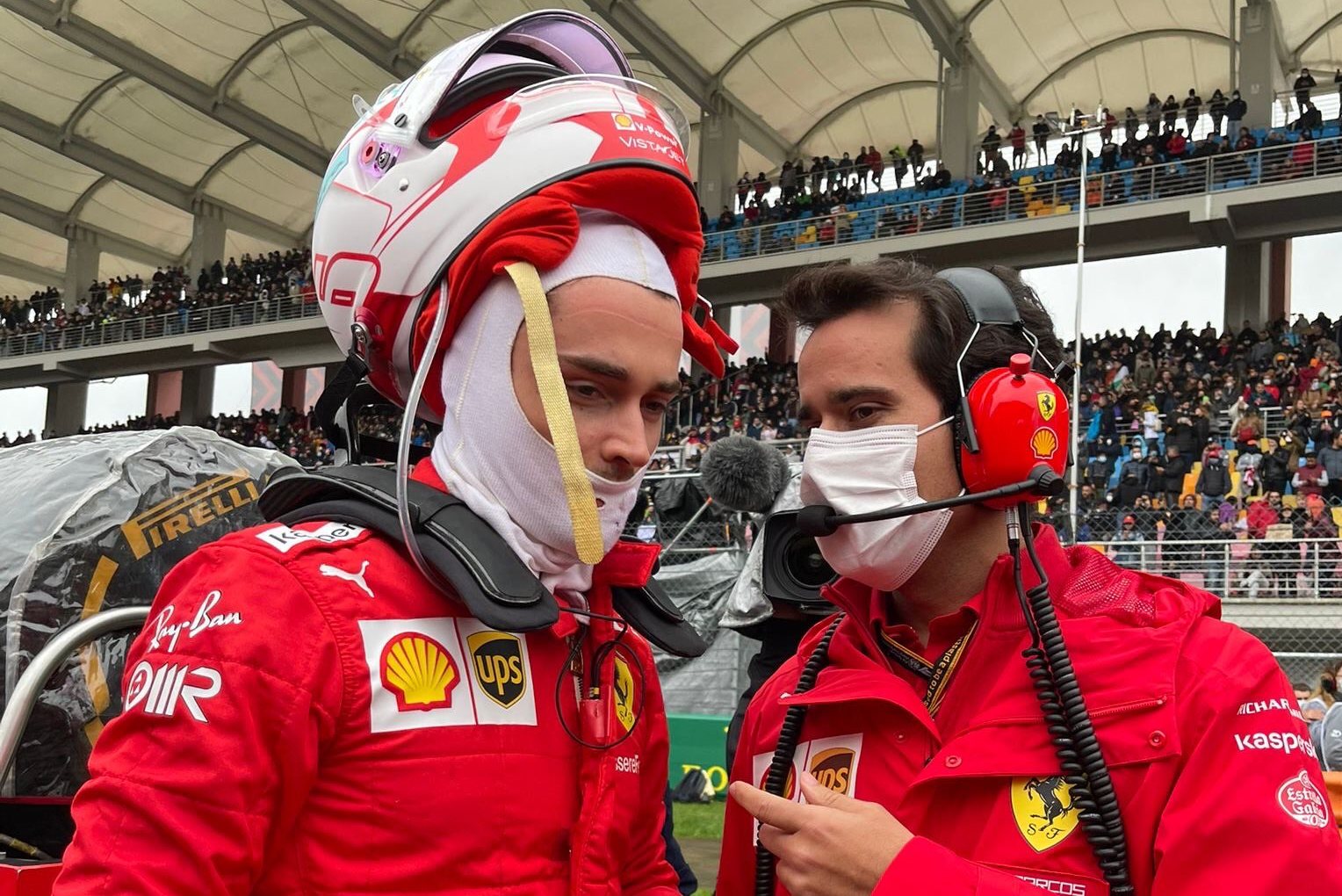 “It was a great race,” Leclerc told the media afterwards. “On the first stint we were very, very competitive. Then unfortunately we were a little bit out of phase with the others on the second stint, stopping later."

Leclerc said that the decision had been complicated by some "very strange" behaviour from the tyres on Sunday. "It was the same a bit for everyone and that’s what confused us a little bit in our choice of when to pit," he explained to Sky Sports F1.

“At first, in the first five, six laps of the others on the new inters, we were quicker than them on the used inters," he explained.

"I was on used tyres and I heard on the radio, they were telling me the lap times of Valtteri on the new set of inters and he was not very quick at the beginning.

“I was like, ‘Okay, maybe we can stay in front with those used tyres’. But the thing is that for seven laps they struggled massively with graining, and then once they went through the graining they found a lot of pace ... around three seconds a lap. Then we had no choice, we had to stop.”

The only driver who did go the distance on his original tyres was Alpine's Esteban Ocon, He ran as high as eighth, but lost time in the closing laps and was lucky to finish in the top ten to earn the team's sole point of the day.

Lewis Hamilton was initially minded to stay out while in third place but was eventually persuaded by Mercedes to pit, dropping him to fifth place behind Leclerc who managed to hold him at bay for the rest of the race.

“For the last 10 laps I was just trying to switch on those inters that never really came to life,” Leclerc said. “It’s a bit of a shame, because that made us lose the podium. But I don’t regret anything. 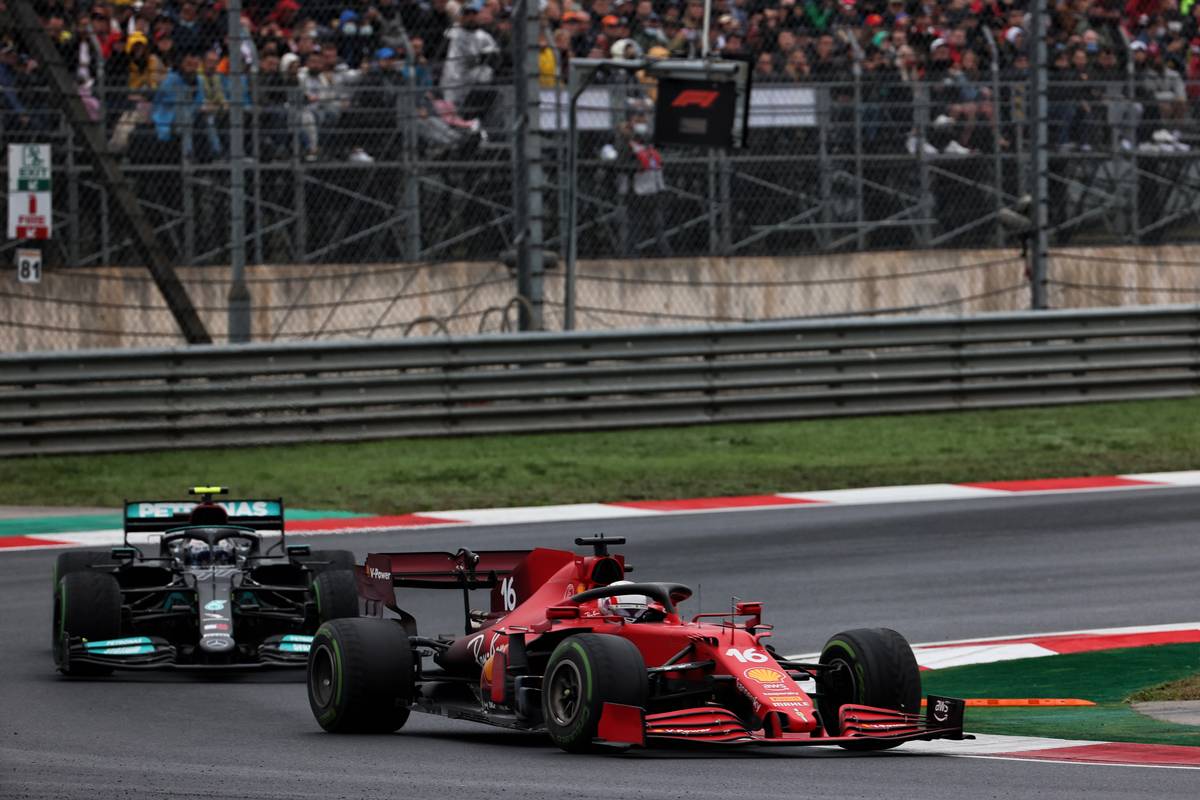 "Overall it was a positive race," he confirmed. "It’s a shame that we lost out on a podium finish, but the performance was there which is a positive."

He certainly saw it as a very different situation than last time out in Russia, where Ferrari was too late responding to a late downpour in Sochi.

With Carlos Sainz finishing the race in eighth place despite a back row start as a result of a power unit penalty, Ferrari have cut ten points off McLaren's lead for third place in the constructors championship which is now down to just 7.5 points with six races remaining.

Leclerc himself is now just half a point behind his team mate in their battle for sixth place in the drivers championship.

"We continue to make progress", said Ferrari team principal Mattia Bonitto. "But there’s still a lot of work to do to be regularly fighting for the win. We have to be realistic and continue to push to improve in every area.

"We can approach the remaining six races with confidence in the knowledge that we have a package that allows us to fight right to the very end for third place in the constructors’ championship, one of our stated aims for this season."