Daniel Ricciardo says he enjoyed only four laps of good pace in the Turkish Grand Prix, having struggled for grip at both ends of his McLaren for most of the afternoon at Istanbul Park.

Ricciardo knew that he would have his work cut out from the outset following an engine change and grid penalty that led to the Aussie starting dead last.

While he made progress in the difficult conditions in the second half of the race, placing himself on the fringe of a top-ten finish in the closing stages of the 58-lap event, his pace deficit relative to others pushed him back to P13 at the chequered flag.

"I think we had maybe four laps in the race where we had good pace but the rest was hard," he said.

"In the beginning we struggled a lot with front grip, so it was really hard to stay close to the others, and then we pitted for a new tyre. 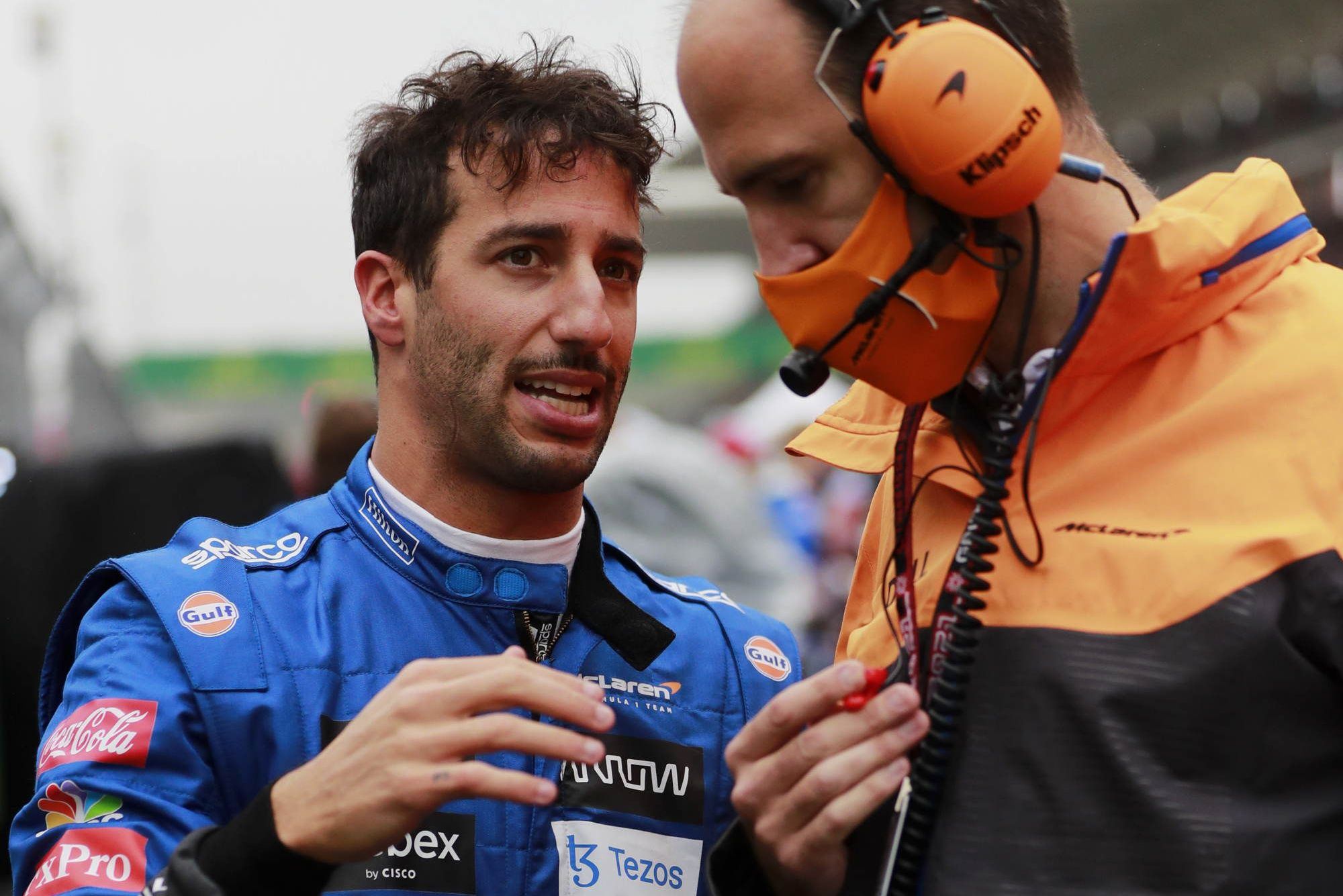 "After that I didn’t have great rear grip to start and was struggling but after a while it came good.

"We had probably four good laps in that stint where I could feel like I could really push on the tyre, which was what I was looking for. Of the entire race, that was the positive."

Ricciardo admitted that the four-lap improvement initially boosted his hopes of a more sustainable performance.

"I got a bit excited because I thought maybe it will just keep getting better and better, but it lasted four laps and then the rear dropped away again, so the last ten laps were a bit painful, just trying to hang on."

Ultimately, the Honey Badger was overhauled just three laps from the end by the Alfa Romeo duo of Antonio Giovinazzi and Kimi Raikkonen as his tyre wear grew worse.

"Obviously, we were fighting for the points and that strategy was our best chance, but it was just really unpredictable," he added.

"I know others went longer, with one going the entire race on one set, but at the end I saw my tyres and they were on their last legs.

"Unfortunately, it wasn’t a strong race but we’ll try to analyse it. On the positive side, we’ve got plenty of brisket to eat very soon. That makes me happy, bring on Austin!"

Brawn impressed with departing Bottas 'keeping his chin up'