Sergio Perez says his defensive tussle with Lewis Hamilton in the second half of the Turkish Grand Prix came at the worst possible time of the race, when the Red Bull driver was focused on sparing his tyres.

Perez had gained two spots and moved up to fourth after the start where the Mexican held his own for 33 laps until he was caught by a charging Hamilton.

The pair fought wheel-to-wheel for an entire lap, with the Mercedes driver pushing Perez wide at Istanbul Park's final corner, practically forcing the Red Bull into the pitlane.

However, recounting his battle with the seven-time world champion after the race, Perez admitted that Hamilton had caught him at the worst possible time.

"It was pretty intense at that point, because Lewis really caught me at my worst time of my race, because I was struggling so much with my tyres at that point," Perez explained.

"The first stint was so difficult for me, especially towards the end, and Lewis was pretty fast. I think he was at the time the fastest car on track, so to hold him back at that point was pretty challenging.

"We had a good fight, I had to even avoid the bollard on pit entry. But it was a good fight overall, and I managed to stay ahead."

"He pushes him there, apparently he wanted to send him into the pit lane," Marko told Sky. "Sergio fully countered and defended well. I think that was decisive for him ultimately finishing third." 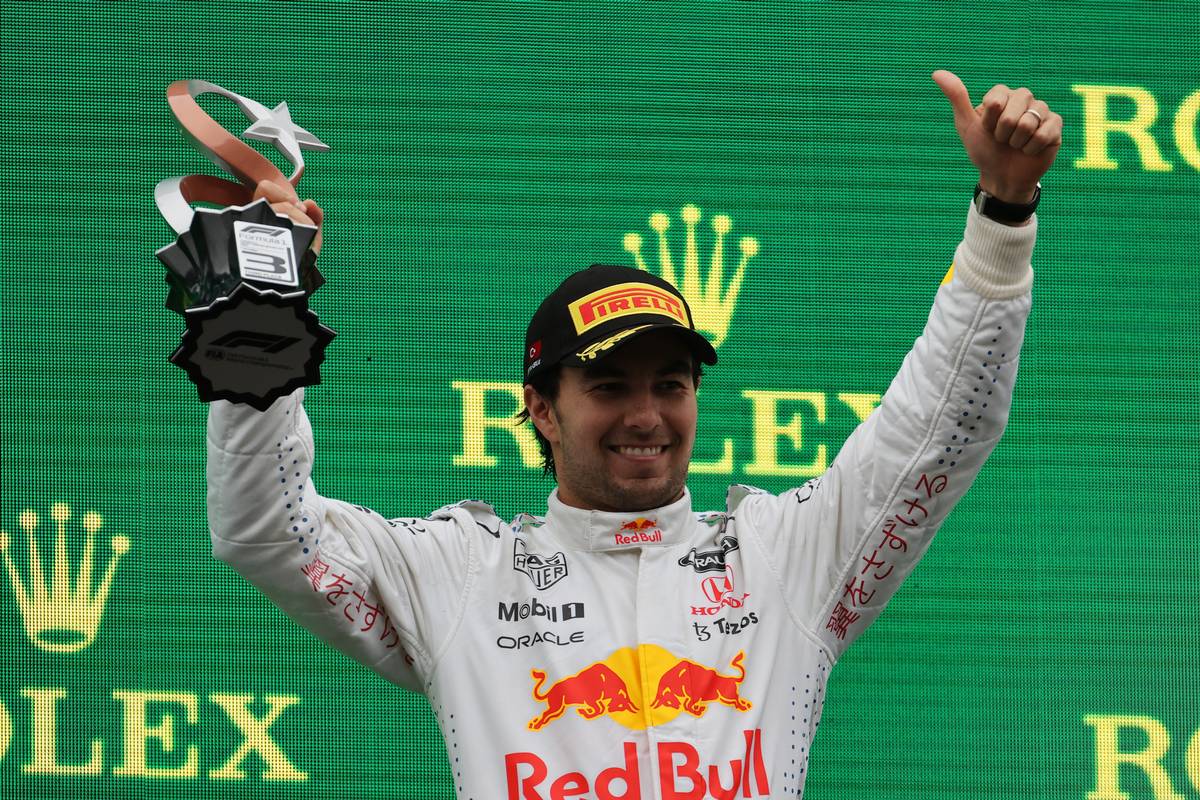 In the final part of the race, Perez benefitted from the late pitstops undertaken by both Hamilton and Charles Leclerc that propelled the Mexican onto the third step of the podium, marking the Red Bull driver's first top-three finish since last summer's French Grand Prix.

"The whole weekend has been a lot more competitive," commented Perez as he took stock of his Turkish Grand Prix weekend.

"In qualifying we didn't get the opportunity to show that because we were very aggressive with our strategy, so that put us on the back foot with the soft tyres in qualifying.

"And I think we just needed those couple of tenths that we had in in hand, because we've shown good pace throughout the weekend and I'm sure we could have had a much better qualifying.

"So, certainly I can see that the understanding [is there] and that I'm getting more together with the car."