Ross Brawn declared Valtteri Bottas his 'Driver of the Day' following the Finn's commanding win in Turkey, insisting the outgoing Mercedes driver "kept his chin up".

Bottas was in a league of his own at Istanbul Park where he delivered a second consecutive win to Mercedes and his first victory since Russia last year.

Bottas' task was facilitated by Lewis Hamilton's grid drop, but it was still a flawless performance by the future Alfa Romeo driver, and one that impressed Brawn.

"There were several good drives out there, including Carlos Sainz’s brilliant recovery drive from the back to score points, but my Driver of the Day goes to Valtteri Bottas," said F1's managing director.

"He did not put a foot wrong in very difficult conditions. Mercedes had a very good car, but he made the most of it – and never allowed a threat from behind. 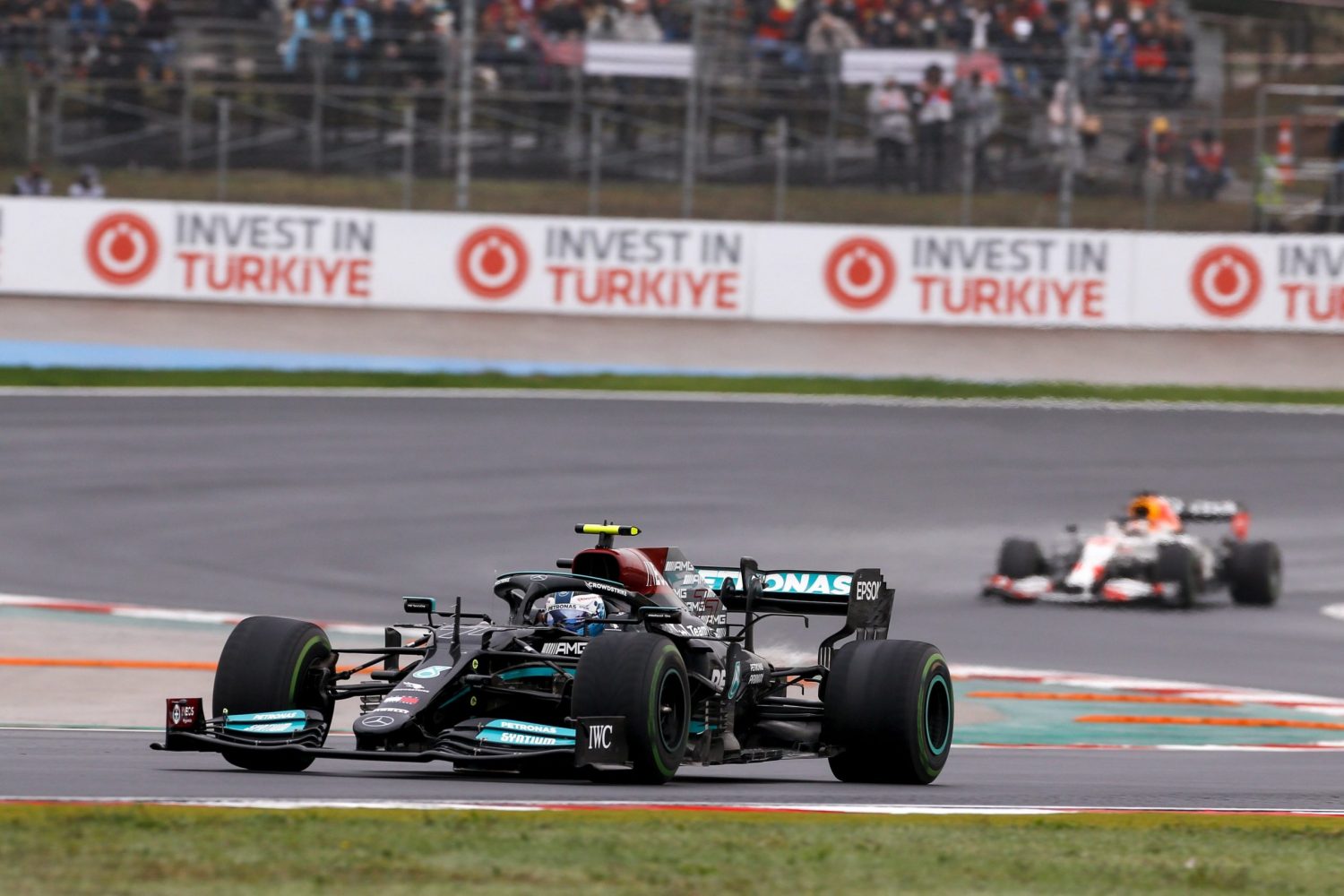 "He’s the outgoing member of the team and in this scenario, it is easy to drop your chin, but he kept his up and I think he did a brilliant job.

"We all know Max is supreme in those wet conditions, but he couldn’t touch Valtteri. He showed us that if Alfa can give him the car next year, he’ll respond and make the most of it."

Bottas wasn't the only driver whose performance caught Brawn's attention in Turkey, with Red Bull's Sergio Perez, who snatched his first podium in nine races, also receiving a few plaudits from the F1 chief.

"It was a solid performance from Checo after some difficult races," commented Brawn.

"It was another race where it was easy to make mistakes, but he delivered the sort of speed and showing we’ve been expecting him to since he joined Red Bull for this year.

"He made a fair defence of his position against Lewis (see the video below), and it was one of the most exciting parts of the race. He needs to do that every weekend.

"Maybe it will give him a boost and we can see that level of performance from him more consistently in the future."