Lewis Hamilton was forced to settle for second place on the grid for Sunday's United States Grand Prix, after a mighty final lap from Red Bull rival Max Verstappen left him just over two tenths shy of the top spot.

It's the first time that Mercedes has failed to clinch pole at the Circuit of the Americas since 2013, and left Hamilton apologising to the Mercedes pit wall over the team radio for falling short.

But despite his evident disappointment, Hamilton was insistent that he'd produced everything he possibly could have done from the car on the day.

"I gave it everything today," he told former US motor racing star turned commentator Danica Patrick in parc ferme after the end of qualifying, adding that he had extracted all there was to get on his final lap.

"I was happy with my last lap. Of course there's always areas that we can improve, but I think that was pretty much everything we had.

"It was a bit of a struggle through qualifying," he continued, suggesting that the team had struggled ever since topping first practice. "I think from FP1 onwards we kind of fell back a little bit. 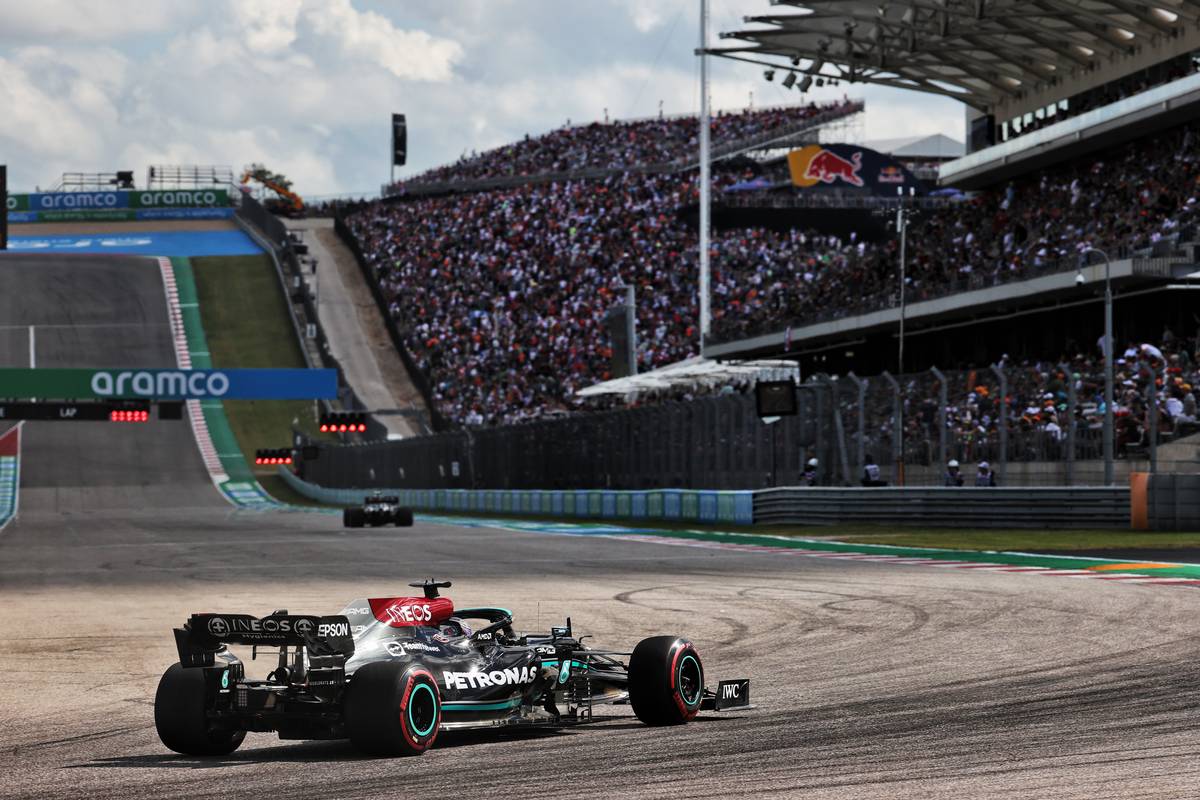 "Those guys were incredibly quick through qualifying," he said in reference to Verstappen and his Red Bull team mate Sergio Perez, who ended up third fastest at the end of Saturday afternoon's session.

Even though he will start the race sandwiched between hi two rivals - wand with his own team mate Valtteri Bottas demoted to ninth by an engine change penalty - Hamilton still reckons there's plenty to play for in the race.

"We'll just work as hard as we can tomorrow," he stated, adding that second place on the grid was a good spot to launch an attack on the polesitter in the run uphill to turn 1.

"It's good positioning for tomorrow so hopefully it'll be a good race down to turn 1," he argued. Asked for his plan for the start, Hamilton said: "To win the race and to give [the fans] the best race they've seen!"

Sainz expected second Q2 run on mediums to be faster