Charles Leclerc insists Ferrari is focused on its own performance at COTA, but the Monegasque is nevertheless pleased to see both of the Scuderia's cars qualify ahead of championship rival McLaren.

Leclerc and teammate Carlos Sainz will line up respectively fourth and fifth on Sunday's US Grand Prix grid, the pair gaining a spot thanks to Valtteri Bottas' five-place grid penalty.

After struggling in practice with a car that lacked rear-end grip, Leclerc admitted that his performance in the Saturday shootout yielded a better result than anticipated.

"It went better than expected," said Leclerc. "We expected to be behind the McLaren this weekend, and it seems that we are more competitive than what we thought. So, it's a good surprise and it's nice to see that." 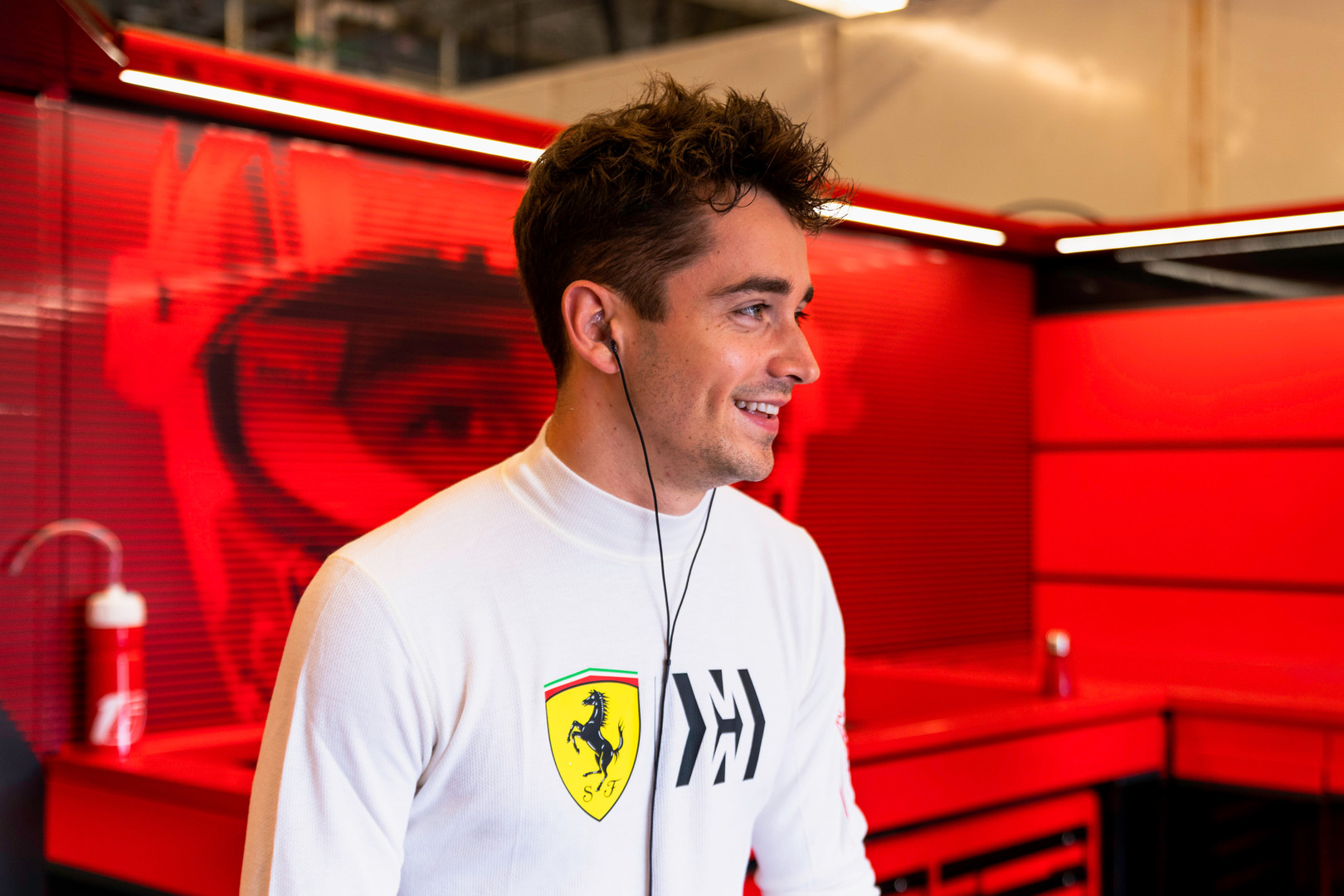 While delighted with Ferrari's performance edge over McLaren which the Italian outfit trails by just 7.5 points in the Constructors' standings, Leclerc insisted that the Scuderia was focused in priority on doing its own thing.

"We try not to focus too much on the others, because this takes off an edge for nothing," he said.

"So we try to focus on ourselves try to maximize the potential of the car, especially on my side, it was a very tricky day.

"I lost a lot of confidence in the car in the second run in FP3 and then we built that confidence back in qualifying and everything went our way.

"So we try to focus on ourselves and then we're confident that the results will come."

Contrary to Sainz, Leclerc will start his race on Sunday on Pirelli's medium tyre, like the overwhelming majority of those in the first half of the field.

"Everything came together, especially on the medium" he said. "On the first set in Q2, we did not expect to go to Q3 with that set, so it was a good surprise.

"And Everything is looking good for tomorrow."