McLaren was disappointed to end up second-best on Saturday in their season-long battle with Ferrari for 'best of the rest' honours, but Daniel Ricciardo and Lando Norris are looking forward to being the 'hunters' in Sunday's race.

Both drivers made it through to the final top ten pole shoot-out round in qualifying, with Ricciardo ending up in sixth place on the grid for the United States Grand Prix and Norris just one place back in seventh.

However both Ferrari drivers will be lining up ahead of them, with Charles Leclerc fourth and former McLaren driver Carlos Sainz fifth. It means that the start of Sunday's race should prove quite the pitched battle between the evenly-matched quartet.

"I'm not too satisfied with the result today," Norris admitted. "For two reasons: one, I think I could've done a better lap; and two, we’re behind both Ferraris.

“We were kind of expecting to be ahead of the Ferraris," he acknowledged. "It's not what we wanted today but we’ll try to make up for it tomorrow 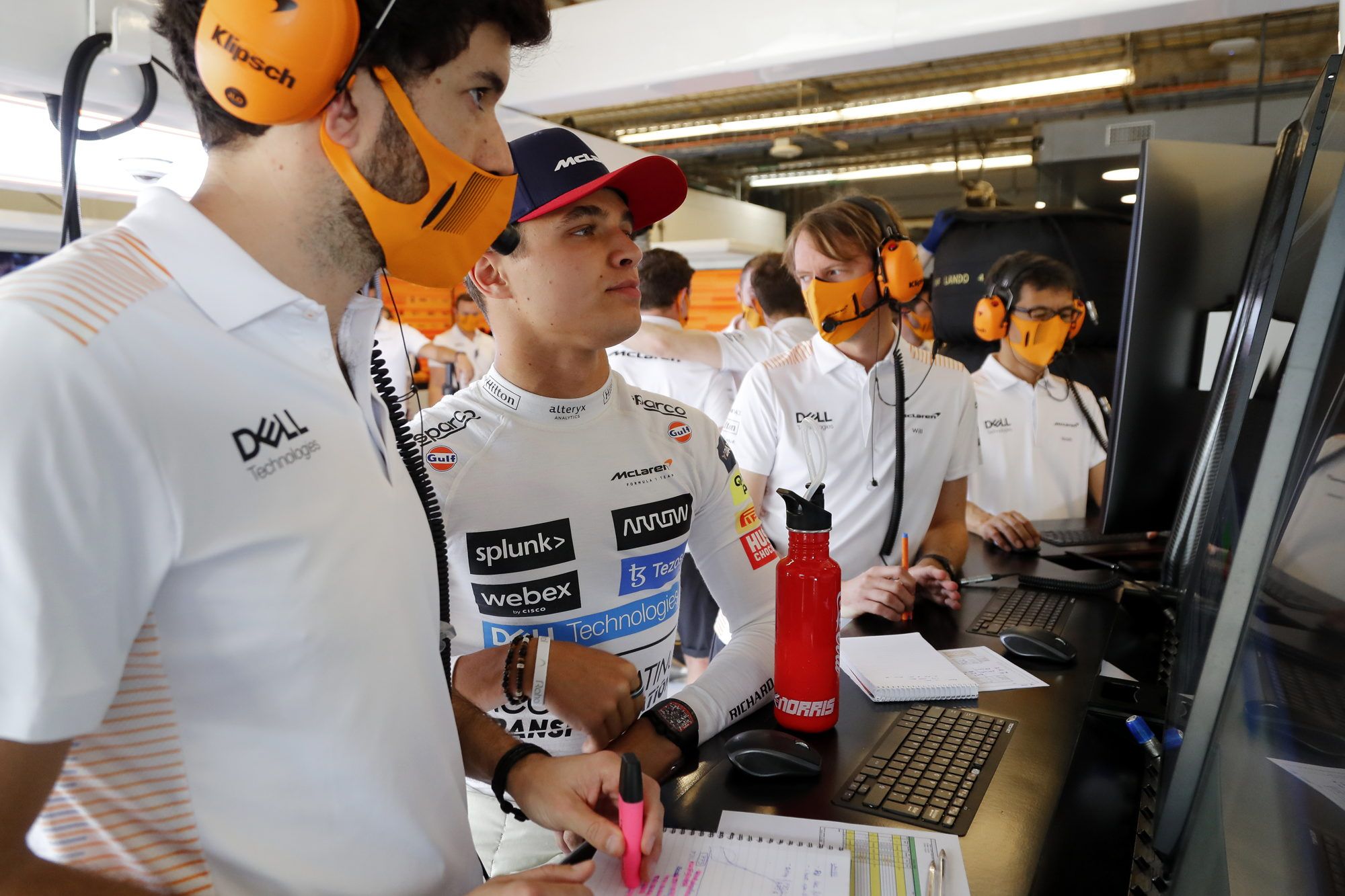 "They made a good step today compared to where they were yesterday [but] we'll work on our strategy overnight and make sure we're ready for any opportunities tomorrow.

"We didn’t get our hopes up yesterday, but they made a good jump from yesterday to today," he continued. "We were still competitive, we were still not bad, but they were just quicker.

"I think we have a chance, especially with Carlos on the softs, but the softs aren’t a bad tyre so it’s not like he’s just going to be shocking and they made a terrible move.

"He’s going to have an advantage for at least the first half of the first stint, so there’s still things that they’ve gained from starting on the softs. But I think in the long run hopefully we can pip them."

Ricciardo agreed that the tyre selection might give them a crucial advantage over Sainz in the race, although he himself was no fan of the medium compound.

"There’s obviously the battle that we’ve got with Ferrari so they got us today. But with Sainz starting on the soft, hopefully we can come back tomorrow.

"The medium I didn’t feel was that great. It was a little hairy, although I’m happy to start the race on that tyre. But on one lap I didn’t really get comfort on that. [Going] back to the softs in Q3 was better.

"The last lap was okay, considering it was hard to do a perfect lap with the conditions, so it was clean enough," he commented, adding that he thought it had been within reach to pip Sainz for fifth. "[I was] very close to Carlos. When the gap’s that small that’s definitely achievable. 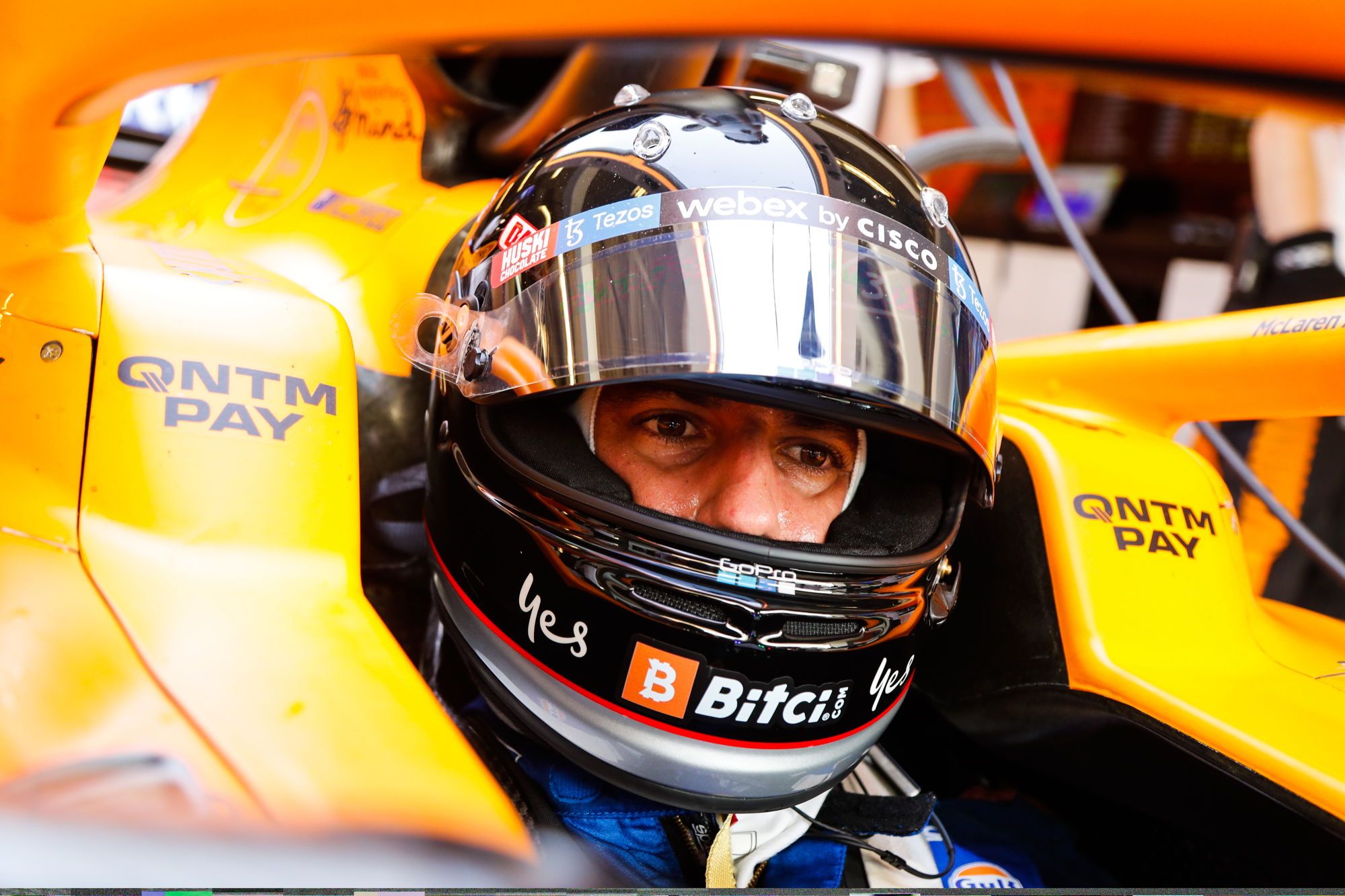 "But I think Charles was maybe two tenths up the road and I don’t think we had that in Q3," he conceded. "Obviously we want to be ahead, but we’re close enough to not be discouraged - and we’ll be the hunters tomorrow!”

"Tomorrow’s race is going to be interesting," added McLaren team principal Andreas Seidl. "Ambient conditions will be hot, tyre management and strategy will be key.

"We’ll work hard overnight with a view to making up some positions and giving our fans in this brilliant crowd something to cheer.”

McLaren is currently in third place in the constructors championships but with just 7.5 points ahead of Ferrari. Norris is ahead of Ricciardo, Sainz and Leclerc in the drivers standings with 145 points putting him in fourth place overall.