Valtteri Bottas and Lewis Hamilton overturned all the pre-qualifying expectations to secure a front row lock-out for Mercedes over Red Bull for the 2021 Mexico City Grand Prix, with the Finn successfully clinching his 19th pole for the team.

Max Verstappen had to settle for third place after a compromised final flying lap and will start tomorrow's race from third place alongside his team mate Sergio Perez. AlphaTauri's Pierre Gasly finished 'best of the rest' ahead of Ferrari's Carlos Sainz.

Lance Stroll crashed out early in the session after losing the rear end of the Aston Martin at the final corner triggering a lengthy red flag. There was also a late scare in Q2 for Alfa Romeo's Antonio Giovinazzi.

Things were certainly looking good for Red Bull heading into Saturday afternoon qualifying for this weekend's race. Sergio Perez and Max Verstappen had staged an emphatic 1-2 in final practice to extend their lead still further over Mercedes rivals Lewis Hamilton and Valtteri Bottas. Meanwhile Ferrari's Carlos Sainz and AlphaTauri's Pierre Gasly were vying for 'best of the rest' honours, and maybe even in with a chance of pulling off an upset at the front of tomorrow's grid. However McLaren was struggling, with Daniel Ricciardo suffering a gearbox issue on Friday and his team mate Lando Norris set to join Yuki Tsunoda, Esteban Ocon and Lance Stroll at the back of the grid with engine change penalties. 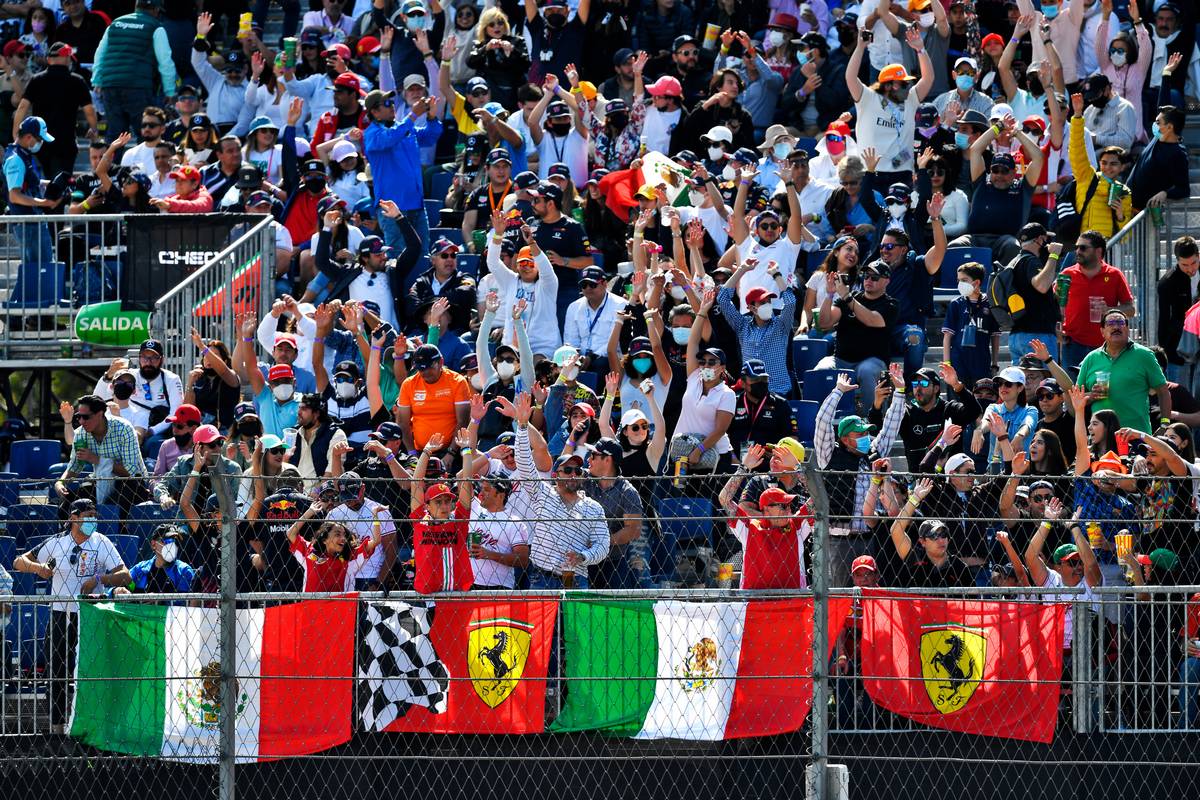 First out on track when the lights went green was Nicholas Latifi, but his team mate George Russell was delayed as the Williams crew completed a precautionary power unit change on the second car. While that in itself wouldn't incur a penalty, Russell was already facing a five place grid drop for a gearbox change after missing virtually all of Friday's second practice.

Latifi's initial run on mediums proved merely exploratory, and it was Haas' Mick Schumacher on the soft compound who set the first time of the afternoon albeit with an underwhelming lap of 1:21.524s - which was them promptly deleted for exceeding track limits. In any case it was soon swept aside by Kimi Raikkonen going 2.4s faster in the Alfa Romeo. By now everyone was out and getting into the swing of things and commencing their initial runs, and Charles Leclerc went top for Ferrari with a time of 1:17.991s which was half a second clear of Sebastian Vettel and Carlos Sainz.

However the other drivers had to abort their runs when a red flag came out for Stroll who had lost the rear of the Aston Martin exiting the final corner and spun off, hitting the wall surprisingly hard to scatter debris across the scene. Stroll confirmed he was physically okay before being dispatched to the medical centre for a routine full evaluation, but it was a definite early end to his session. 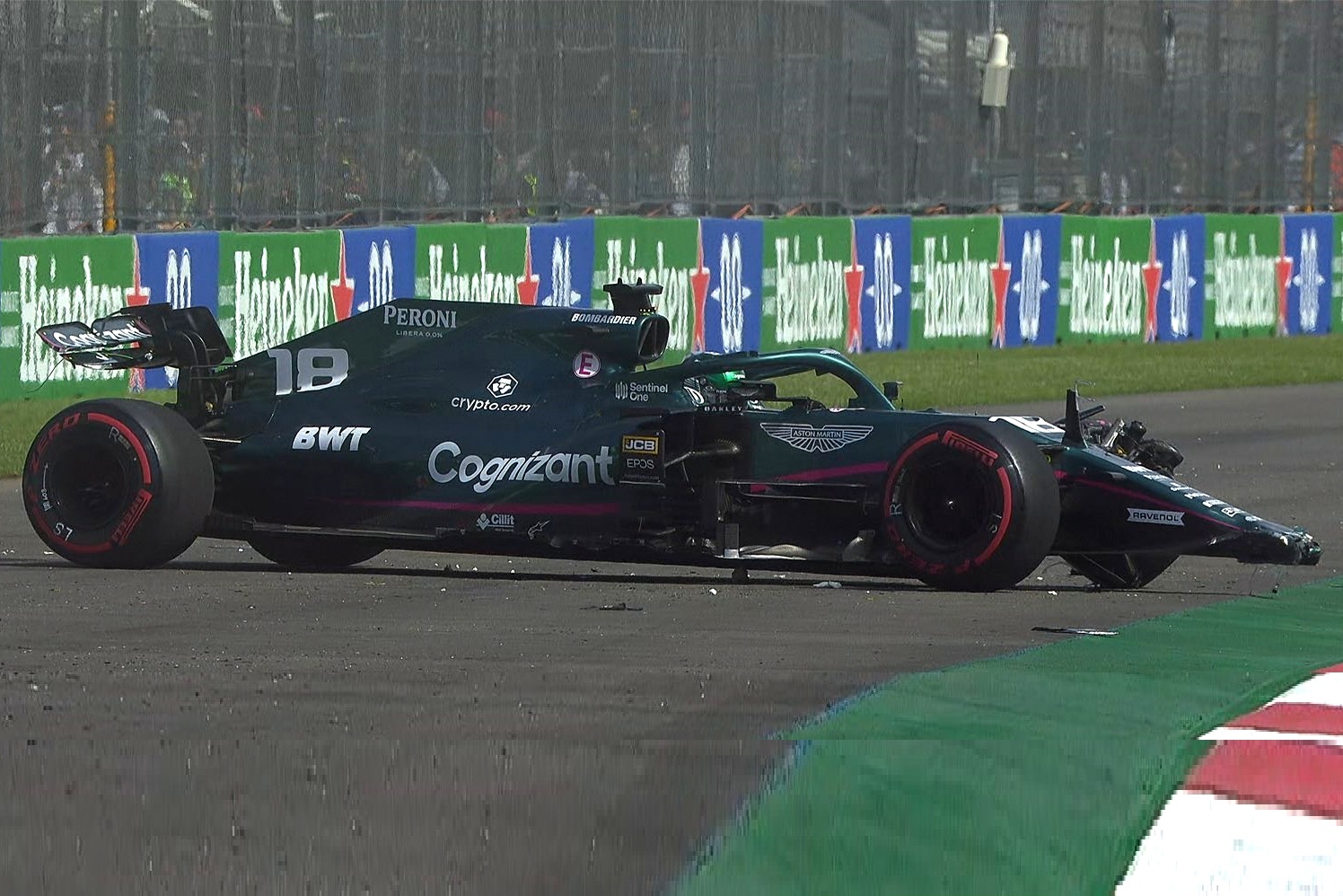 There was a lengthy delay while FIA race director Michael Masi personally went to check on repairs to the crumpled TechPro barrier, before the session resumed with 11 minutes remaining on the clock and only seven drivers having recorded a time. It meant everyone was queueing to get out, although there were initial problems for Sainz getting the Ferrari power unit to play ball before finally getting up to speed.

Gasly was first across the line to go top with a 1:17.746s but he was soon deposed by Hamilton despite a somewhat scrappy lap for the Briton; Bottas was able to better it but only by a small amount, and then the Red Bull duo laid down a marker of their own with Verstappen best of anyone with a time of 1:16.788s, which was two thirds of a second quicker than Perez. Norris provided some solace for McLaren by splitting the two Mercedes drivers in fourth, with Ricciardo's first run good enough for seventh between Leclerc and Gasly.

Bottas substantially closed the gap to Verstappen to a respectable 0.171s with his second run, and Hamilton also had a better lap to briefly ease into third ahead of Perez until the Mexican swiftly responded to take back the spot. There was still time for one more run, which enabled Sainz to jump into the top ten in fifth. Leclerc confirmed the Ferrari's pace by briefly topping the times before an improved run by Bottas put the Finn fastest on 1:16.727s, just 0.061s now covering the top three.

The big surprise was at the bottom, with an ailing Fernando Alonso missing the cut in 16th just behind his Alpine team mate Esteban Ocon. Latifi also missed out along with Haas pair Schumacher and Nikita Mazepin, the Russian sulking after the pit wall vetoed his request to be allowed to move ahead of Schumacher in the build-up to his flying lap. The fifth and final driver to formally miss the cut was the already sidelined Stroll, who had by now passed his medical checks: "It's a bit of a shame, I would have liked to go through Q1 and see how the track developed," he told the media later. 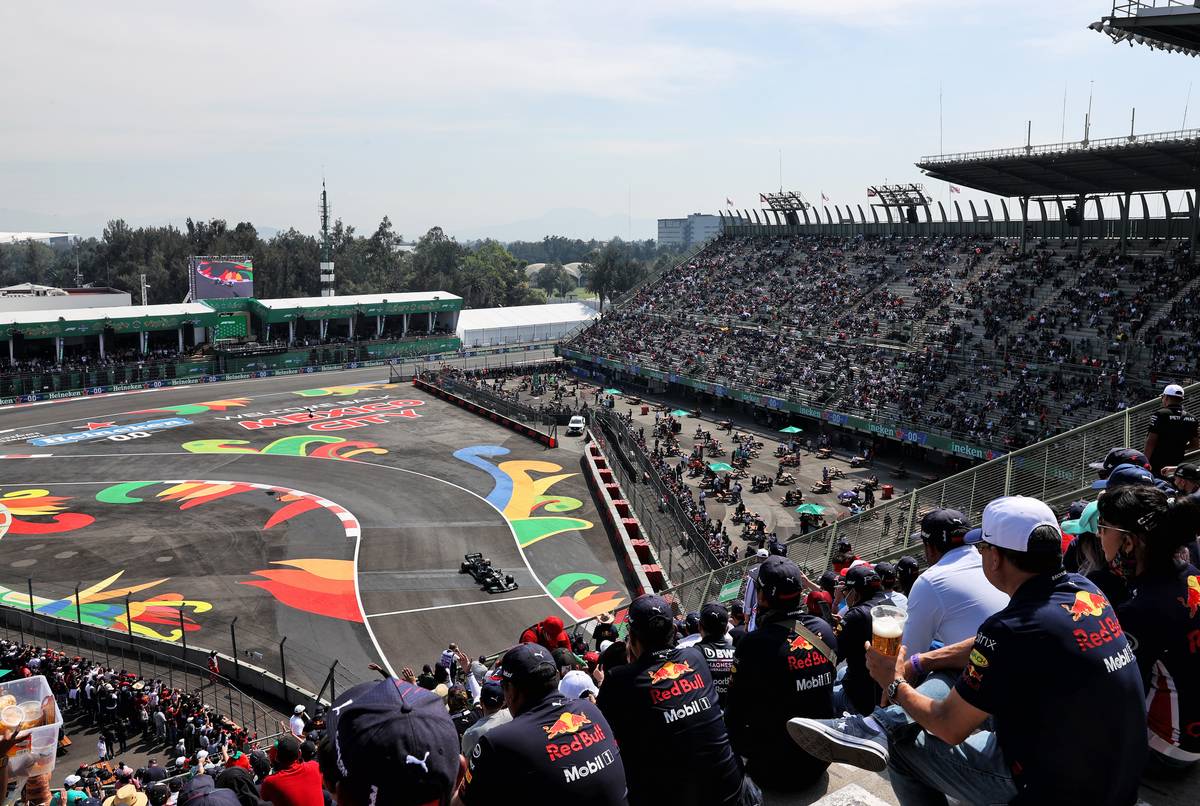 Drivers switched to medium tyres for the second round of qualifying, confirming that this was the preferred compound on which to start Sunday's race. Perez set the provisional new milestone of 1:17.055s, with Verstappen promptly going half a second quicker. Hamilton was looking stronger on this compound and moved to within just 0.016s of Verstappen, with Bottas and Leclerc taking up third and fourth ahead of Perez who remained faster than Ricciardo and Gasly.

Already set to start from the back and with nothing to lose, Yuki Tsunoda bolted on a set of softs and went third quickest between the two Mercedes, with a view to making it into Q3 to help give Gasly a tow. Verstappen was also on the softs for his second run as a familiar precaution against track evolution in the final minutes of the round, but with no intention of improving upon his earlier time. Everyone else remained on the mediums and Hamilton took the opportunity to go quicker and take the top spot with a time of 1:16.474s before the chequered flag.

Despite a late improvement, Vettel was out of the running after missing the cut in 11th ahead of Raikkonen and Russell, while Antonio Giovinazzi finishing in 14th despite a scare at turn 12 when he lost the back end and slid into the barrier coming into the stadium section. The resulting double waved yellow yellow flags forced Ocon to back off on his final run and left him eliminated in 15th. 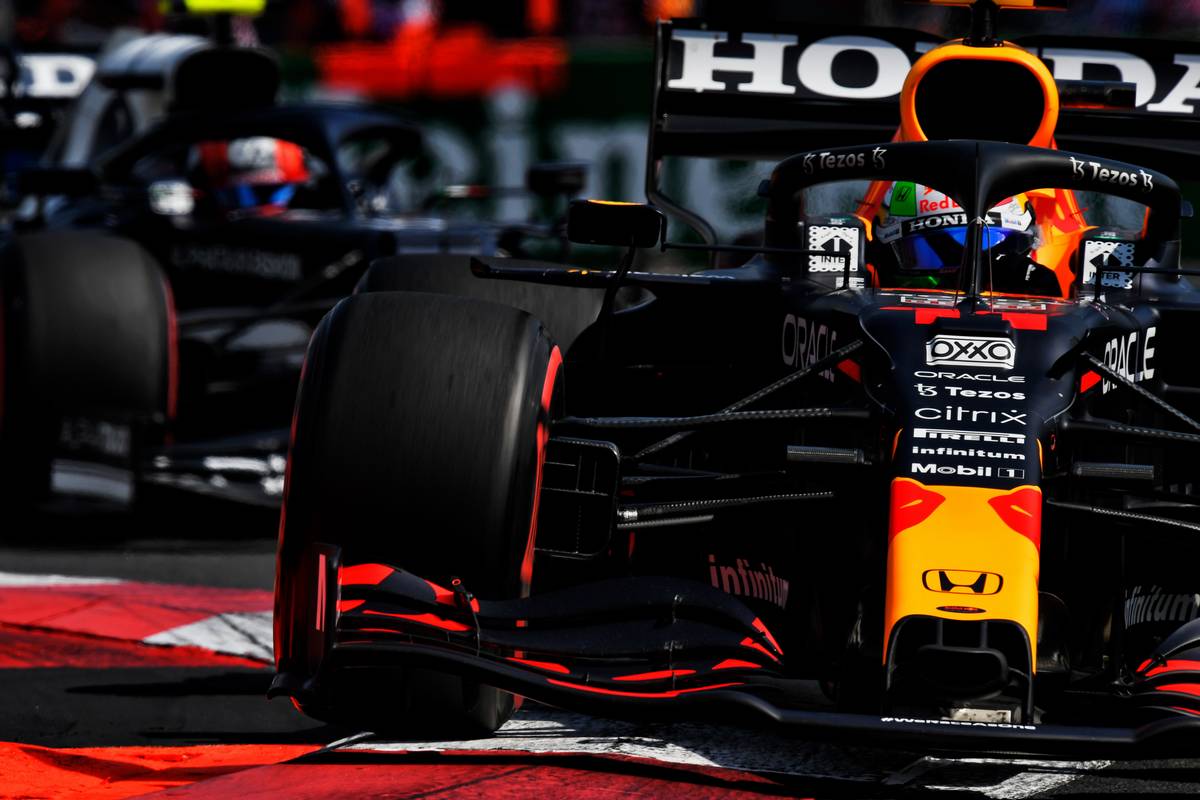 Q3: Bottas and Hamilton lock out front-row from Verstappen and Perez

Despite not having topped either of the first two rounds, the Red Bull pair remained strong favourites to clinch pole and even a front row lock-out as the cars headed back out for the start of Q3. Like most of the other drivers, Verstappen and Perez were soon jockeying for track position in order to set up a beneficial tow, but instead ended up struggling to get the timing right.

With the help of Norris, Ricciardo initially went quickest but his time at the top was brief. Initially it looked as though Red Bull had still managed to come out on top but a mighty effort saw Bottas go top with a brilliant time of 1:15.875s that was 0.145s quicker than Hamilton, pushing Verstappen and Perez down to third and fourth. They were ahead of Gasly and Leclerc, leaving Ricciardo seventh from Sainz, Tsunoda and Norris.

As the clock counted out the last minutes of qualifying, the drivers headed back out for one last push. Both Mercedes were last to go out again, hoping to take advantage of any remaining track evolution to maintain their advantage over the Red Bulls. Initially it looked to be a much tidier lap for Verstappen who was now benefitting from a tow from Perez, but the Mexican was then distracted by Tsunoda making a mistake just ahead which sent him briefly off track. That duly compromised Verstappen's own lap in turn and he was unable to improve on third after all, leaving the front row in the grip of Bottas and Hamilton.

Sainz was the main mover in the final seconds, moving up to sixth behind Gasly and ahead of Ricciardo and Leclerc, with Tsunoda and Norris set to drop out of e top ten to the back of the grid for the start of tomorrow's race. Hamilton 'shocked' to be on front row in Mexico