George Russell's Mexico City Grand Prix was a story of a disconnected drinks tube and a car that lost its pace, leaving the Williams driver "absolutely nowhere" and thirsty at the end of the day.

Two weeks ago, at the US Grand Prix in Austin, Russell thought that Red Bull's Sergio Perez "was making a big deal" out of being deprived of his drinking system in the race, which led to a physical ordeal for the Mexican.

But the Williams driver realized on Sunday just how difficult it is to cope with that a waterless and arid afternoon of racing.

"It was probably the toughest afternoon we’ve had all season," said Russell.

"It was really, really difficult. I thought we were on for a good result after the start, getting up to ninth, then we were just nowhere, absolutely nowhere, one of those days." 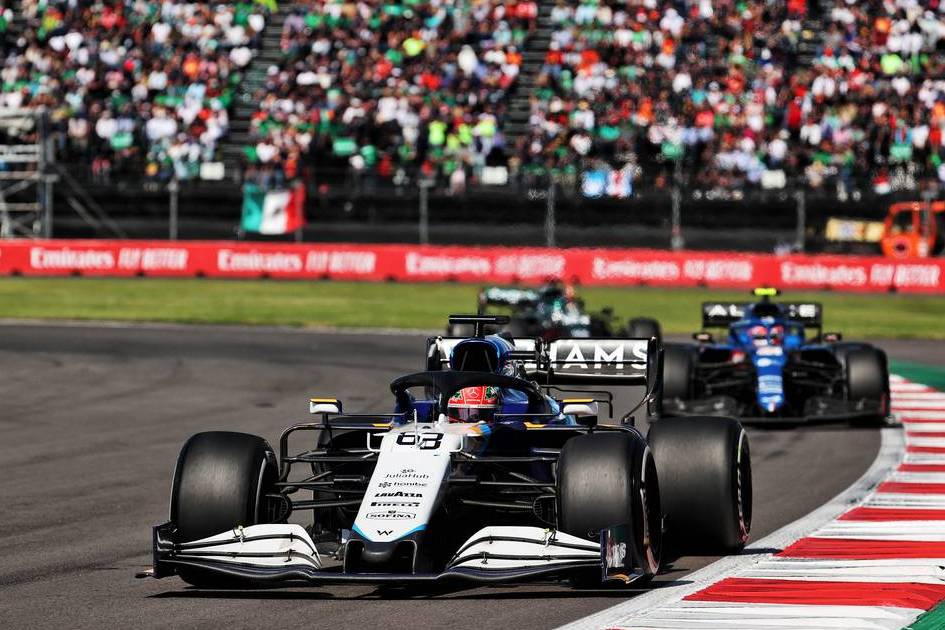 But yearning for a drink in his cockpit's overheated environment only made Russell's day harder. The future Mercedes driver explained why he went bone-dry in the race.

"I thought I’d damaged the front wing so when I thought it was safe to do so I slightly loosened my belts and just peered over the top.

Russell eventually crossed the checkered flag P16, just ahead of his Williams teammate Nicholas Latifi whose race became undone at the start.

"I’ll have to watch the video back to see what happened in that first lap," he said.

"I thought I was going to come out of the first few corners gaining a couple of positions from the cars going off, but I stayed on track to avoid them and ended up losing out quite a bit.

"After that, with the pace we had, it was just a race of blue flags. It was an afternoon to forget but now it’s onwards to Brazil."

Binotto was hoping for 'better performance' from Ferrari