Formula 1 aims to raise awareness of the extraordinary efficiency of its hybrid technology by launching a new branding and graphics identity that will be used for the first time at this week's Sao Paulo Grand Prix.

Formula 1 ushered in its hybrid era in 2014 when it swapped its V8 2.4-litre atmospheric engines with a V6 1.6-litre turbo-hybrid power unit.

The ongoing development of Grand Prix racing's engine platform has enabled the latter to achieve a 52% thermal efficiency, the highest efficiency by far in the engine world.

Formula 1 now wants to promote its outstanding technological prowess, and to do so it has created a ne range of branding and graphics focused on its units' hybrid component.

The new green and blue graphics will feature on F1’s TV graphics, as well as throughout the paddock, hospitality units and in the pitlane. 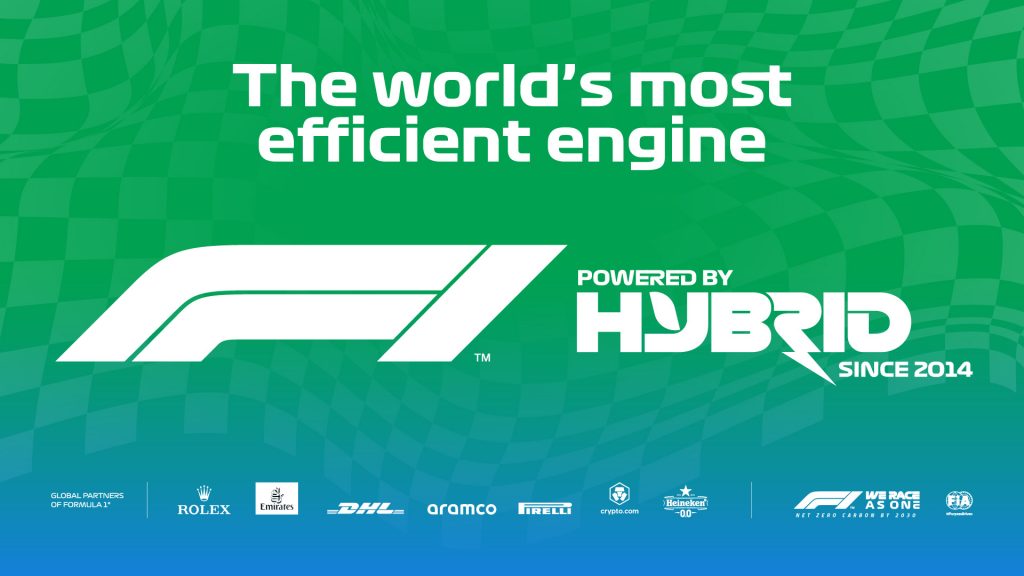 In 2019, Formula 1 announced a plan to be Net Zero Carbon by 2030, a strategy that will covers the cars on the track as well as the sport's entire operations.

As part of its comprehensive Net Zero Carbon plan, all Grand Prix are aiming to become sustainable events by 2025.

As a sport that is at the forefront of technological innovation, F1 also plans to have its next-generation power units, which are expected to be introduced in 2026 at the latest, rely on 100% second generation sustainable fuels.

"This fuel will be created to deliver the power and efficiencies we all want in our cars and Formula 1 is the perfect laboratory to deliver, test and refine the fuels for the future of the wider automotive sector," F1 said in a statement released on Wednesday.

Red Bull told Verstappen 'to stay out of it' in Mexico