Max Verstappen says he wouldn't have any second thoughts about relinquishing his signature #33 race number and sticking a #1 on his Red Bull car next season if he conquered the title this year.

Verstappen and Lewis Hamilton are set to resume their title battle this weekend at Interlagos in Brazil where Red Bull's recent run of form bodes well for the prospects of its star driver.

But it's still all to play for in the championship fight between the Dutchman and his Mercedes rival, with 19 points separating the two drivers with four races to go.

In 2015, drivers were assigned a specific race number by Formula 1 based on their preference, with Verstappen opting for #33. 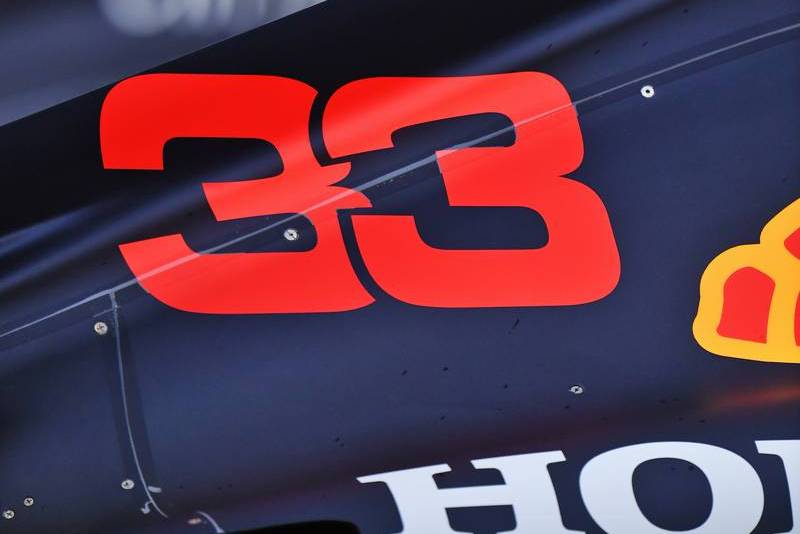 The change has meant that no driver has entered the F1 world championship with #1 emblazoned on his car since 2013 world champion Sebastian Vettel carried the famous digit in 2014.

Hamilton's supreme reign in F1 has never enticed the seven-time champ to use #1. But Verstappen would take it in a heart beat next year if he seizes the 2021 crown.

"Absolutely," he said in Sao Paulo on Thursday. "How many times to you have the opportunity to drive with number one?

"And it’s good for merchandise as well so it’s smart to do that."

But Verstappen isn't dreaming quite yet of a maiden title and isn't putting the cart before the horse.

The Red Bull charger remains focused first and foremost on the job at hand, fully aware that bad luck or imponderables can come into play at any time in the final leg of the season.

"In four races a lot of things can happen," he said. "We are looking good but things can change very quickly.

"I said it after the race in Mexico, I’ve had a bigger lead already in the championship and that disappeared within two races.

"So we have to again try to do the best we can here and again after this weekend we’ll try again to try and win the race. My approach every weekend is the same, we will not change it.

"It’s very simple, to be honest, if you don’t think about it [the title], you don’t have any dreams or whatever. So I’m just really focused."

Hamilton: Mercedes task 'as steep as it can be' against Red Bull

Mazepin sheds light on video of nightclub dispute in Mexico