MotoGP great Valentino Rossi will hang up his helmet and leathers after this weekend's Valencian GP, and Lewis Hamilton led the tributes to the "living legend" nine-time world champion.

Rossi's low-key 2021 campaign will be quickly forgotten by his fans, but the memories of outstanding achievements or fierce rivalries in the sport will live on forever.

Ahead of this weekend's Sao Paulo Grand Prix, several F1 drivers took the opportunity to pay a heartfelt tribute to a man who inspired a whole generation of riders and racers.

"It’s obviously sad to see Vale stopping, but I think his drive, his approach, everything he’s done has been incredible," said Hamilton.

"So it will just be sad to not be watching the races and seeing him just ride in style as he usually does.

"But I think it’s a beautiful time for him, also, because he’s got family now, [that] he’s growing or starting to build." 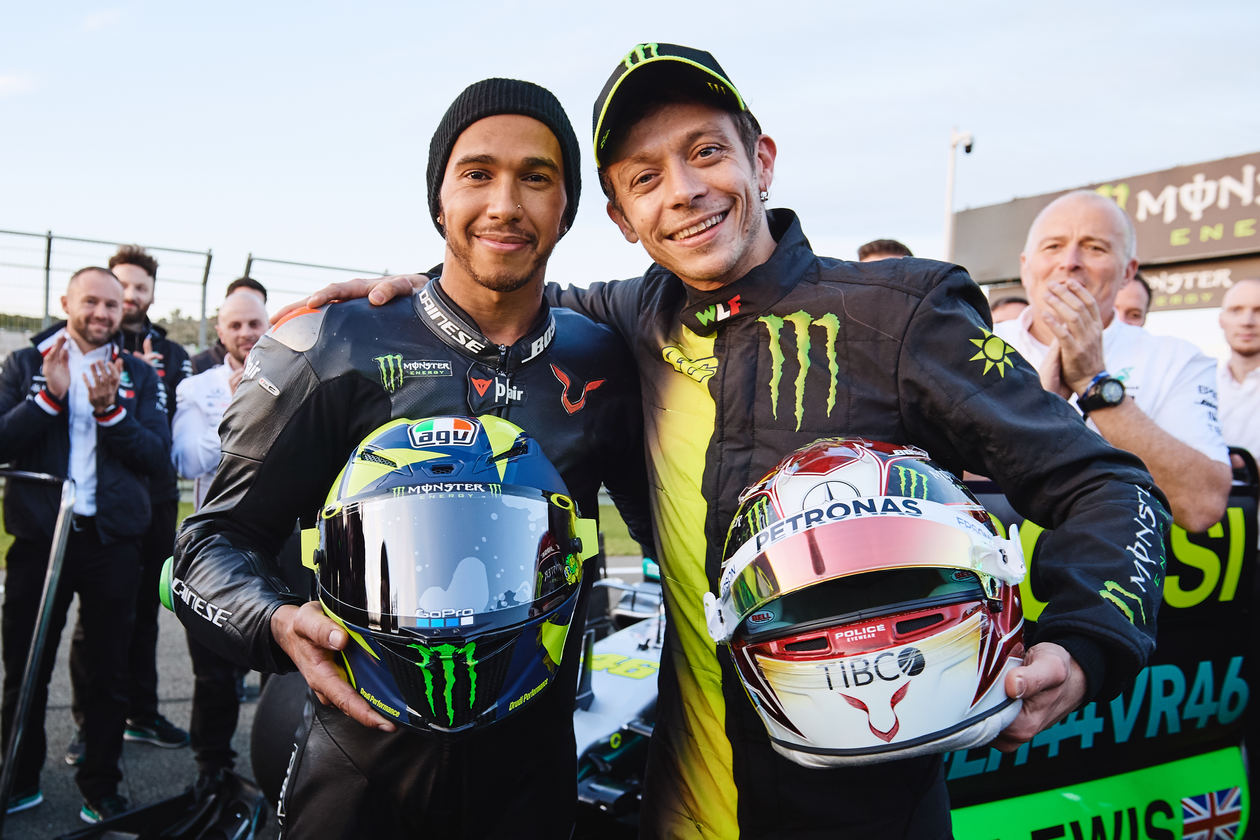 In 2019, Hamilton enjoyed a track day with Rossi at the Ricardo Tormo circuit in Valencia where the pair swapped rides, with the Briton saddling a Yamaha MotoGP bike while Rossi lapped onboard a 2017-sepc Mercedes W08.

"I’m grateful I’ve had the privilege to share a really special day with him on track," Hamilton added. "I’ll always remember that."

Lando Norris has never hid his adulation for Rossi whose helmet design inspired the color-scheme of the McLaren driver's own lid. In 2019, Norris got acquainted with his idol at the British MotoGP round at Silverstone.

"He’s been the guy that I’ve looked up to, the guy who’s kind of helped me get to this position where I am, because probably without watching him, my ambition of being a racing driver wouldn’t have been so high," admitted Norris.

"And his character, because I think that’s one of the best things about him is the guy he is, the character he is amongst people, amongst fans, he has time for everyone.

"I think he’s a special guy and he’s definitely going to be missed." 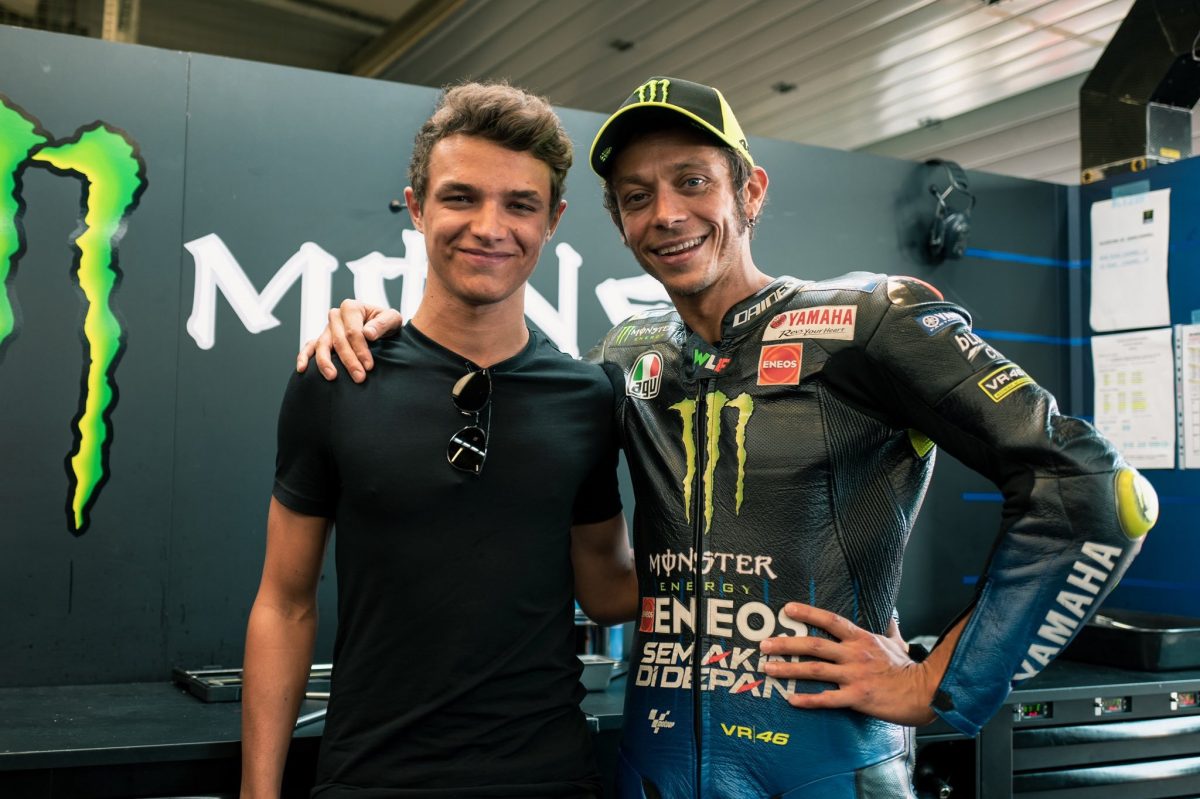 Ferrari has always been close to Rossi's heart, with the Italian rider testing with the Scuderia on several occasions in the past and 'The Doctor' was even encouraged to make the switch to four wheels by then-Ferrari president Luca di Montezemolo.

"He has a bit of history with Ferrari and making it close to racing in Formula 1," commented Carlos Sainz who called Rossi "a living legend".

"I heard that now he really likes rallying so I guess we’ll see him doing some rallies and maybe I can meet him in a rally car, I wouldn’t mind."