Lewis Hamilton topped the timesheet for Mercedes in Friday's single practice session, the Briton edging Red Bull drivers Max Verstappen and Sergio Perez by less than half a second.

Valtteri Bottas completed the top four in the trouble-free running at Interlagos, with Pierre Gasly and Carlos Sainz rounding off the top five.

Teams kicked into gear later than usual this week due to a freight delay after last weekend's Mexico City GP. Preparations and build-up processes were disrupted in the paddock, with a lot of midnight oil burnt last night as the FIA waived its curfew.

Just minutes into the first practice session, the news dropped that Lewis Hamilton had taken a new ICE component which implies a five-place grid drop for Max Verstappen's title contender.

The action got underway under mild but humid 18.4°C ambient temperatures and a bit of an ominous sky, while track temps were at 36.1C, and everyone was eager to get going given that the following 60 minutes would be the only track time available before qualifying.

There were plenty of lock-ups, wobbles and erratic trajectories at the outset as drivers tested grip levels and lines, with the field split between the medium and hard compounds.

Verstappen nevertheless put himself in charge, followed by Perez, his Red Bull teammate, with the pair the only drivers dipping into the 1m10s. 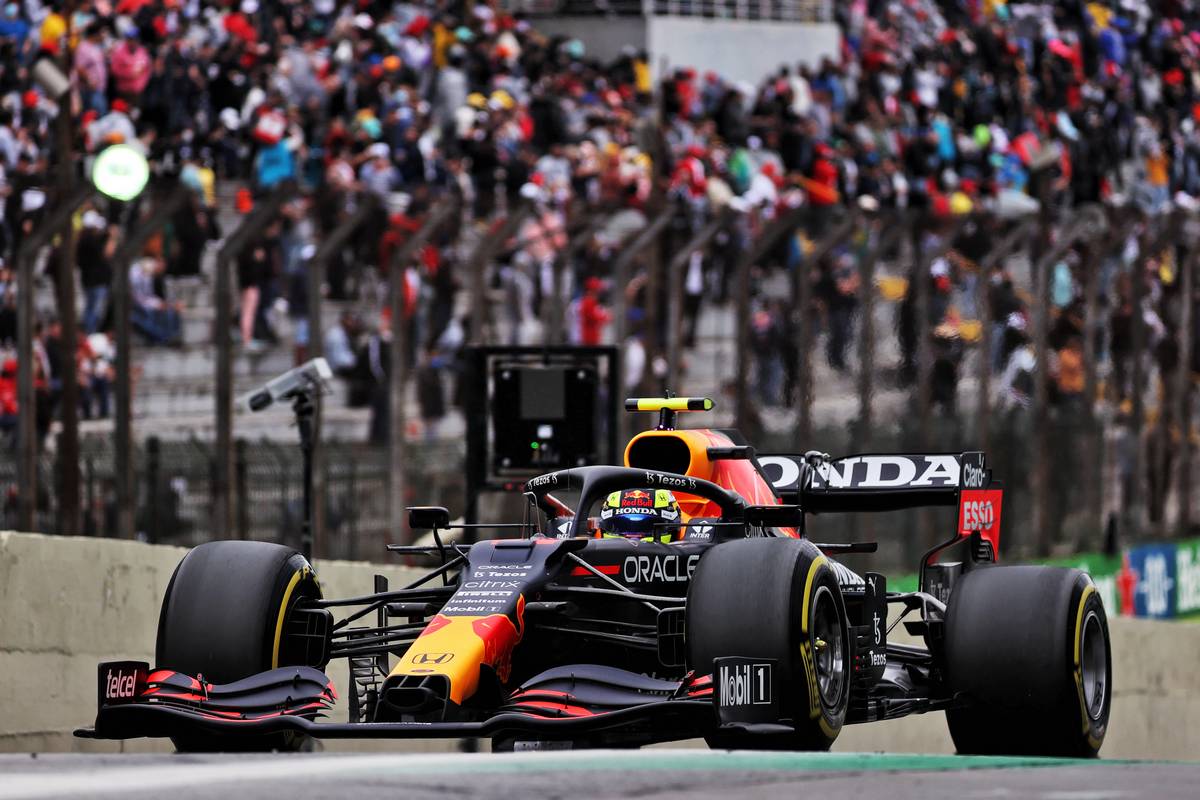 Hamilton and his wing man Valtteri Bottas were a second adrift, with the Briton complaining over his team's radio about suspension issues.

However, as the session approached its half-way mark, a light drizzle did nothing to improve grip levels of a track that had yet to rubber in.

Nevertheless, In the Mercedes camp, Hamilton and Bottas continued to rake in the laps and assiduously gather data.

Meanwhile, Ferrari's Leclerc slotted in second, 0.777s behind Verstappen, but Perez recouped the spot to clock in 0.075s adrift from Verstappen, with both drivers now running in the 1m09s.

Alpine's Fernando Alonso briefly popped up in P4 behind Leclerc before Bottas took up the first position behind Red Bull's cars. But the Finn then ceded the spot to Hamilton who closed the gap to the bulls to 0.351s, only for him to regain it shortly after.

But a soft-shod Hamilton picked up the pace and succeeded in overhauling the top three to lower the benchmark time to 1m09.348s, edging Verstappen by 0.069s. 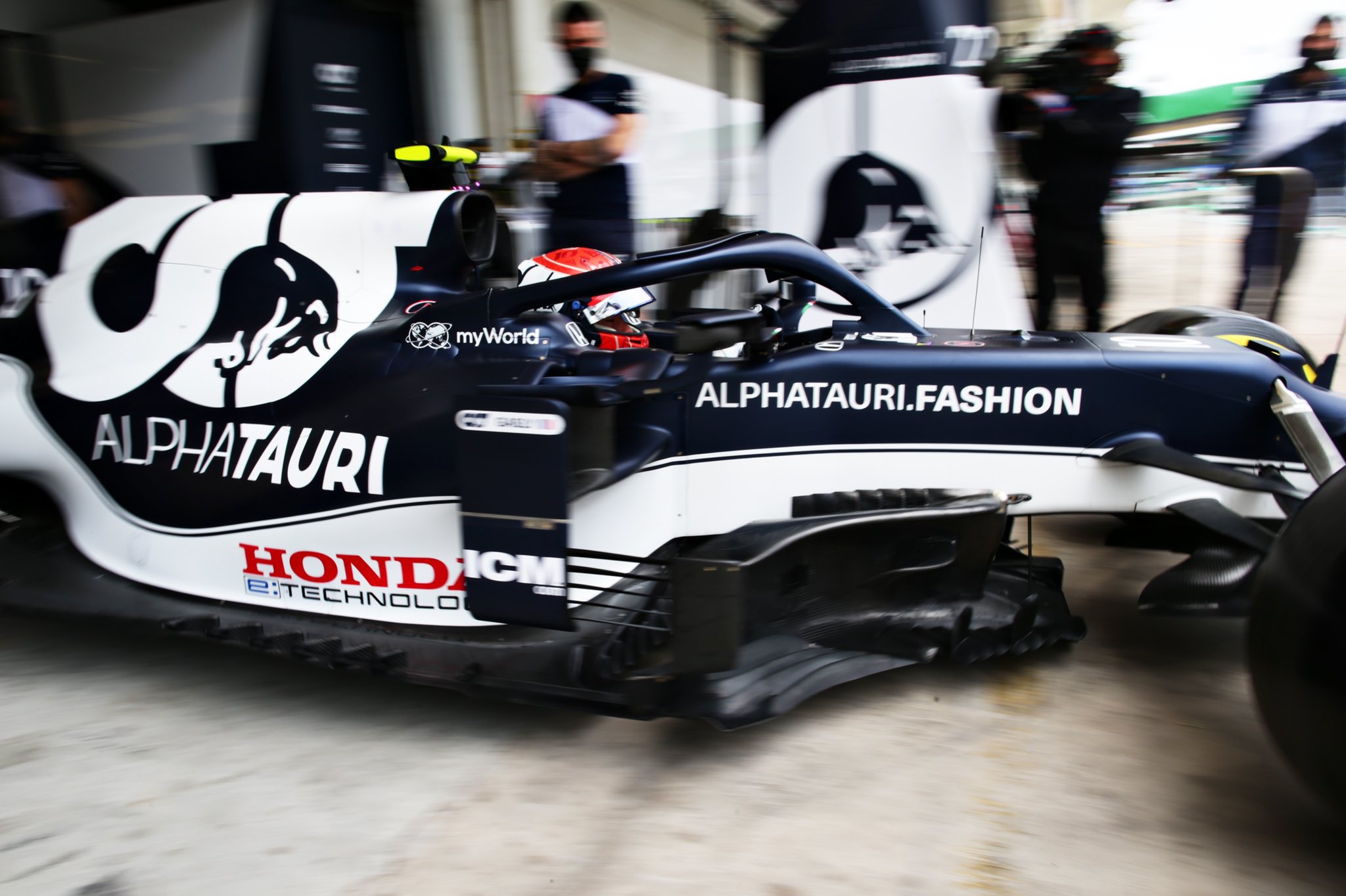 As the track continued to rubber in and the Mercedes burnt off more fuel, Hamilton put a little more time between himself and the Red Bull driver, increasing the gap to 0.367s by the time the chequered flag was deployed.

Mercedes thus drew first blood ahead of qualifying but there was likely little information to be taken away from the opening session.

Further behind, McLaren chargers Lando Norris and Daniel Ricciardo were an unassuming P15 and P19 as the papaya squad appeared to focus on set-up work and refrain from any performance efforts as they didn't even bother to sample the soft compound tyres.

Haas' Nikita Mazepin closed out the field as usual, clocking in 2.292 s behind the session's pace setter.