Former F1 driver Jolyon Palmer believes the stewards' decision to let Max Verstappen off the hook after his move against Lewis Hamilton in Brazil didn't make sense and sets a problematic precedent.

The Mercedes camp was left fuming after last weekend's Sao Paulo Grand Prix, with team boss Toto Wolff blasting the stewards' decision not to punish Verstappen for running Hamilton – and himself – off the road at the track's Turn 4.

However, Mercedes has requested a 'Right of Review' based on the presentation of new evidence: the onboard footage from Verstappen's Red Bull that was not made available to the stewards in Brazil.

"I’m dubious about the decision," he said in his column for F1.com. "For me, it raises questions about precedents for racing in the future – and from a sporting point of view, it didn’t make sense to me.

"I’m sure that this was an immensely tough decision for the stewards to make, given everything at stake with their decision here, and the weight of the outcome hanging over them as it was in Canada, Austria or Monza in 2019.

"But for me, it was a clear case of forcing another driver off track. 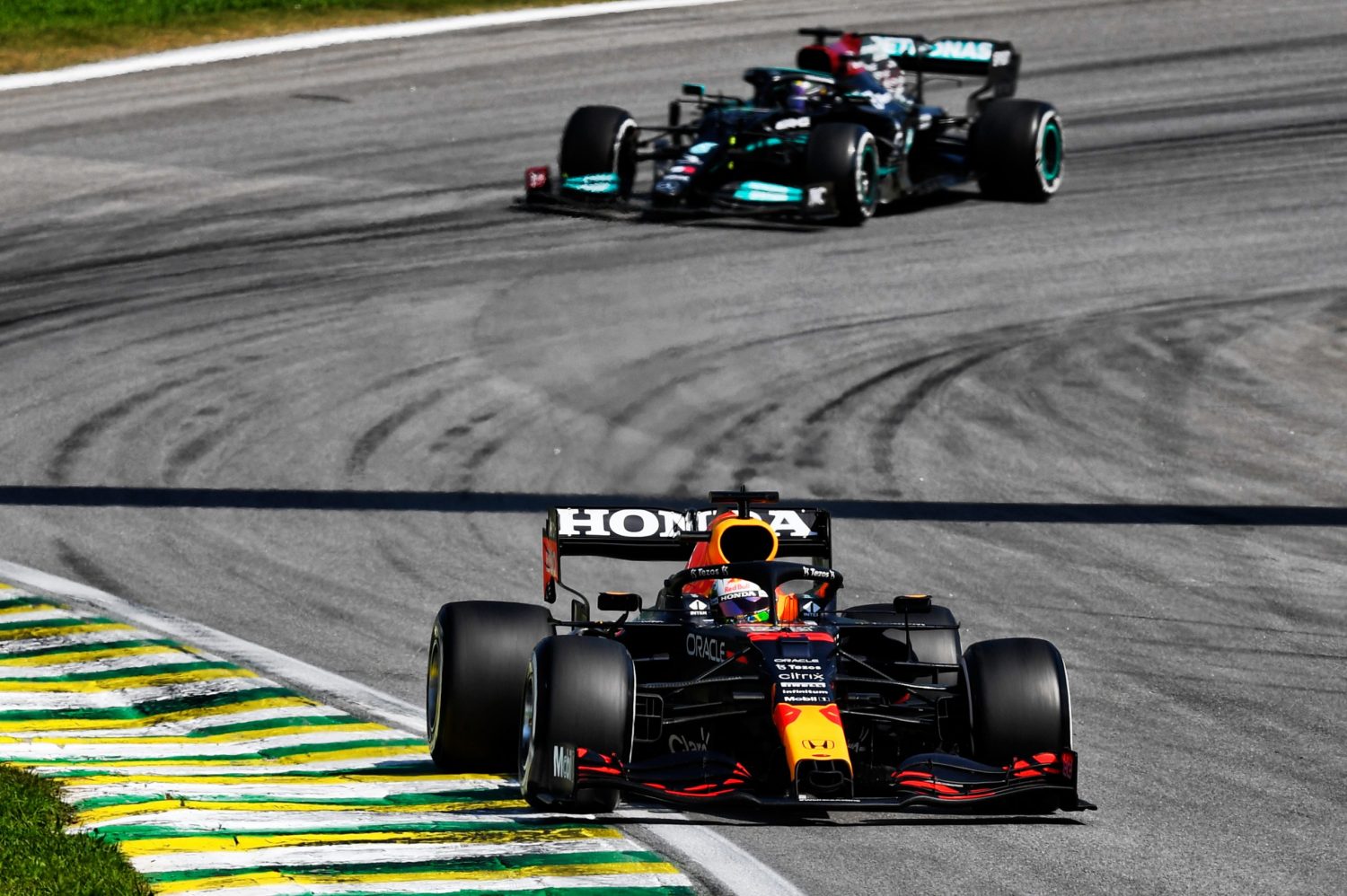 "We’ve had many incidents this year of drivers forcing each other off the road, and some have been contentious, like when Lando Norris was penalised for squeezing Sergio Perez onto the gravel in Austria.

"Had Verstappen managed to at least stay on the track himself then I think we would be in the grey area seen so many times already this year; is it hard defence and the driver on the outside has to back off, or is it squeezing another driver off the road?

"If Verstappen had stayed on track, I think the former could be argued, and that is what has been the case in almost all circumstances this year.

"But the fact that Verstappen was so late on the brakes, from a tight angle, meant he also had to run off the road by multiple car widths.

"That denied Hamilton the chance to stay on track. That for me is a clear case of a driver being forced off.

"If this sort of defensive manoeuvre is now acceptable, how can we expect another move to be completed around the outside, so long as there is the ever more popular asphalt run-off?"

Hamilton eventually overhauled Verstappen, 12 laps from the chequered flag. But Palmer reckons that the lap 48 incident between the two drivers would have been seen in a different light had the Mercedes driver not made it past his rival.

"Hamilton made it through on Lap 59 and you could see how desperate he was to deny Verstappen the chance to repeat his maneouvre, by cutting across the Red Bull driver on the straight and taking the inside line for himself, meaning Verstappen no longer had anything left but to accept he was beaten in the race," added Palmer.

"Had Hamilton not managed to make the move stick on the road, I imagine that the stewards’ earlier decision would have become more talked about.

"It’s a tough job and it was a tough decision to make, but maybe they were breathing a sigh of relief that it became irrelevant to the outcome by the end."

FIA summons Mercedes to 'right to review' hearing on Thursday