Max Verstappen says he isn't surprised that Mercedes has requested a review of the Dutchman's move against Lewis Hamilton in last weekend's Sao Paulo Grand Prix, but the Red Bull driver isn't expected to be retroactively penalized.

On lap 48 of the race in Brazil, Verstappen defended his position into Turn 4 but ran wide in the middle of the corner, forcing Hamilton to also run off course.

The maneuver led to split opinions among pundits, while the stewards at Interlagos noted the incident but ultimately decided that no further action was required.

Mercedes begs to differ however, and the Brackley squad has requested a "right of review", asking the stewards to have another look at the controversial on-track move based on new evidence represented by onboard footage from Verstappen's Red Bull, images that were previously not available to the stewards. 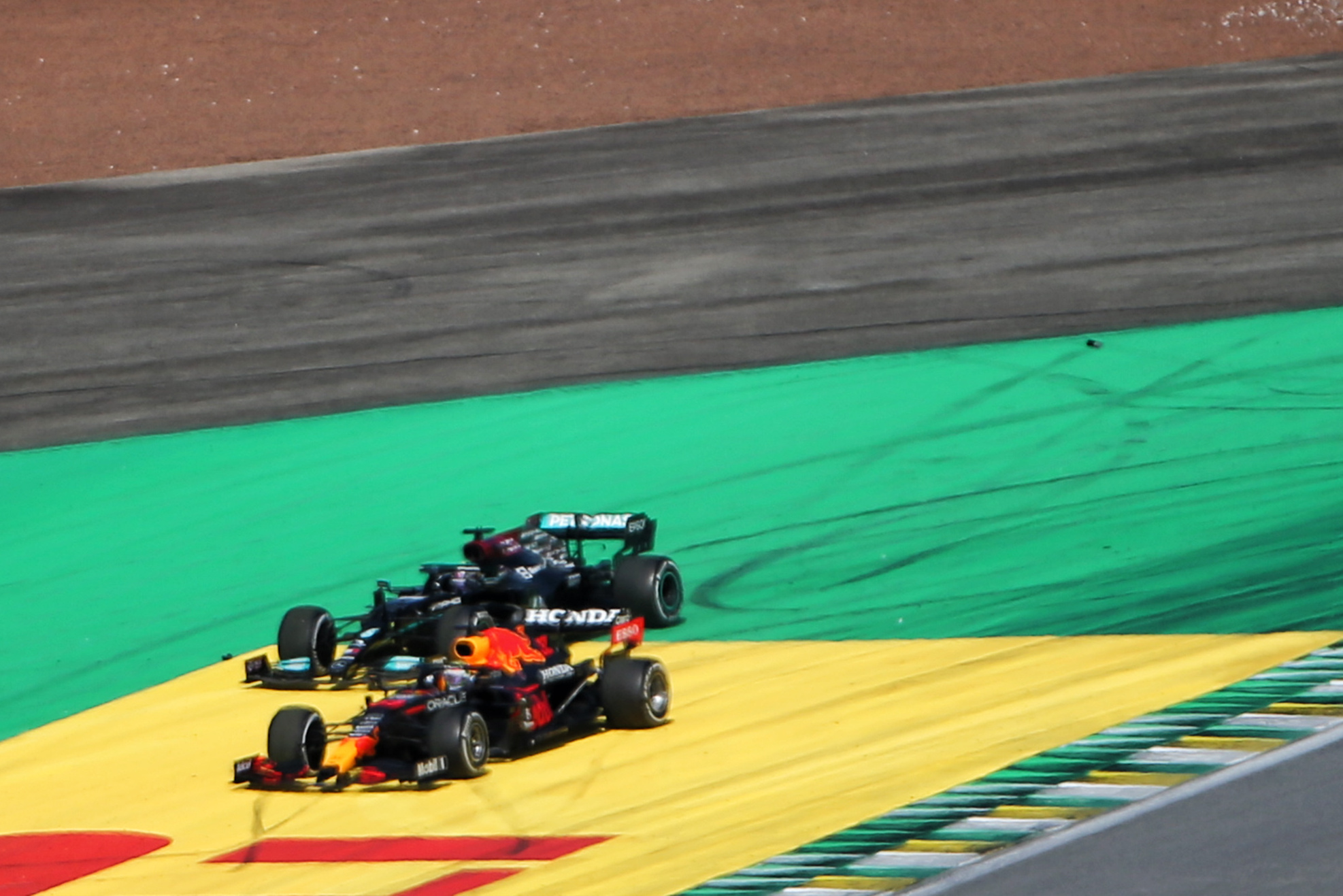 "No, not really surprised by that, but that’s how it goes," said Verstappen, commenting Mercedes plea. And the current leader of the F1 world championship isn't thinking about a potential penalty either.

"I don’t expect that to happen because I thought it was fair and hard racing between two guys who are fighting for the championship.

"So it wouldn’t have been, anyway, an easy pass because that is not how I am and I don’t think how it should be when you are fighting for the title.

"As a driver I think we know exactly what we can or cannot do in a car.

"We were fighting hard, braking late into the corner, the tyres are quite worn. If I would have turned more abrupt to the left you just spin off the track.

"So that’s why we are the drivers, you try to control the car."

When pointed out to him that his maneuver at Turn 4 had forced Hamilton wide, Verstappen suggested that both cars' off-course trajectory was the result both drivers braking late into the corner.

"I think we both braked late so it would have been very difficult to make the corner," said Verstappen. "But it’s always afterwards, isn’t it, it’s difficult to know."