Fernando Alonso says he isn't desperate to win a third title in F1 but admits that adding another crown late in his career would strengthen his legacy and send a message for future generations.

Alonso returned to the grid this season with Alpine after a two-year hiatus during which he added a second win at Le Mans with Toyota to his track record, ventured back to the Indy 500 and on to the desert tracks of the Dakar rally-raid.

But F1 remained Alonso's calling and it lured him back to the fray with Alpine. The 40-year-old's season with the Enstone squad has been a story of slow but steady progress that culminated in Qatar with his first podium since Hungary 2014.

Alpine is expecting a lot from next year's regulation overhaul and so is the French outfit's star driver who insists that he'll go that extra mile to try and conquer a third world title. 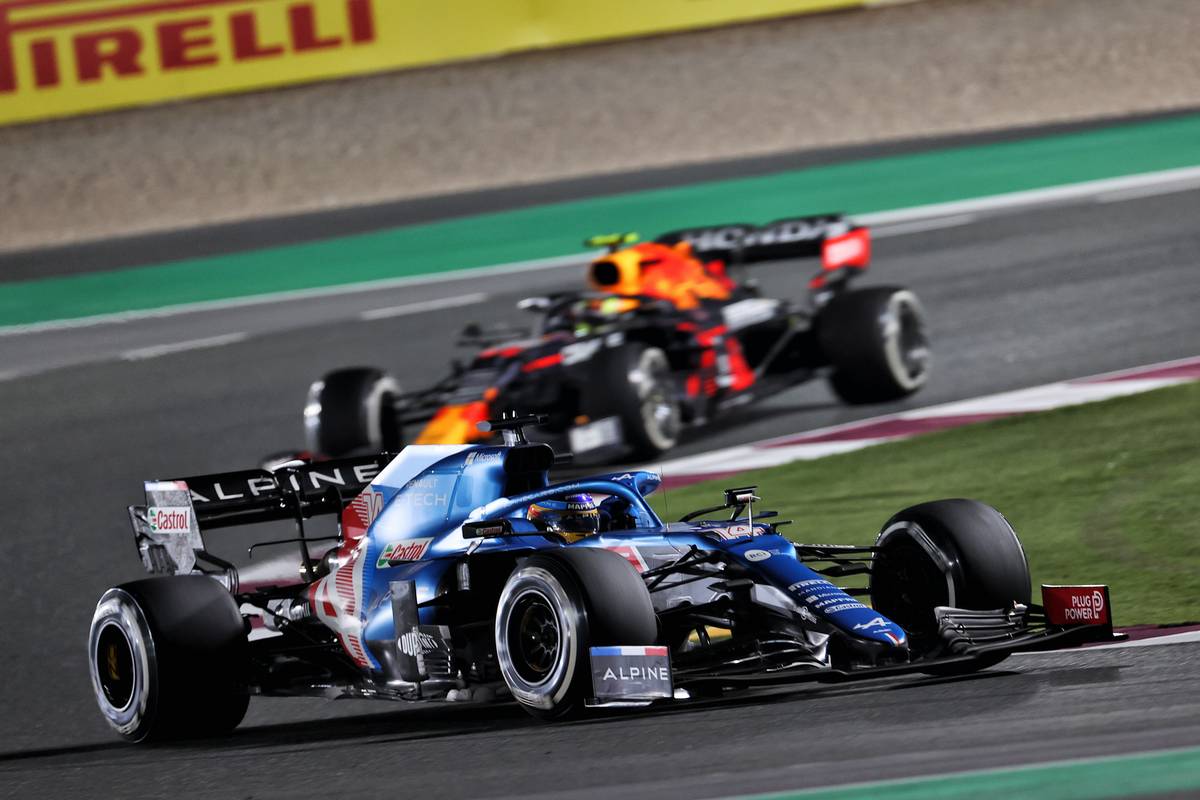 "I’m really looking forward to the third championship and I will do what is in my hands and even more in the next coming years," Alonso told F1's Tom Clarkson on the latter's latest 'Beyond the Grid' podcast.

"It will mean a lot in terms of maybe a legacy after my career finishes in Formula 1, of how to always push to the limit, always try to find the excellence on things you do, having a very high discipline in the way you do races, in the way you approach racing."

Alonso, who won his last world championship in 2006, says he isn't obsessed with the idea of snatching a third title, but believes the achievement would help define his legacy as a dyed-in-the-wool dedicated competitor who just never gives up.

"It’s not [that] I’m desperate to get it and that will change, you know, my whole career, or it will change my way of seeing the sport," he said. "I’m a competitive person as we touched before, you know? In everything I do.

"That probably is the biggest thing if I win the third championship – that kind of legacy and message for future generations."

Only time will tell if Alpine can field a competitive piece of equipment to match Alonso's skills and motivation. But regardless of where his team will find itself in the pecking order next season, Alonso believes that it's likely he'll still be on the grid beyond 2022.

"Oh yes I will be, and even if the car is not so good. Yes, my plan is to stay at least two or three years more," he says.