It's early times in Jeddah, but Lewis Hamilton drew first blood in the opening practice session for the Saudi Arabian Grand Prix.

The Mercedes charger laid down a marker that edged Red Bull's Max Verstappen by just 0.056s, with Valtteri Bottas clicking in third.

Pierre Gasly and Antonio Giovinazzi completed the top five in a session that was surprisingly trouble-free for F1's field.

Teams have set up shop along the shores of the Red Sea at a facility that still presents quite a few rough edges but with a level of completion described as very satisfactory by the paddock.

On an ultra-fast street circuit that's expected to take no prisoners, the focus was first and foremost on keeping it clean at the outset - especially given the incredibly dusty surface - as any mishap would inevitably lead to material damage and subsequently to a precious loss of track time at F1's new venue.

Amid a track temperature at 36 degrees Celsius and air temp at 28 degrees, Ferrari's Carlos Sainz was the first driver to head out, the Spaniard unsurprisingly followed by a flurry of cars.

Max Verstappen, running on the hard compound tyre, established in short order the first relative benchmark, a 1m30.920 that eclipsed McLaren's Lando Norris by 0.497s. But times were very much irrelevant in the opening 15 minutes of the session.

Verstappen lowered his marker by almost half a second, while Valtteri Bottas moved up to second, but everyone was still very much ins discovery mode. 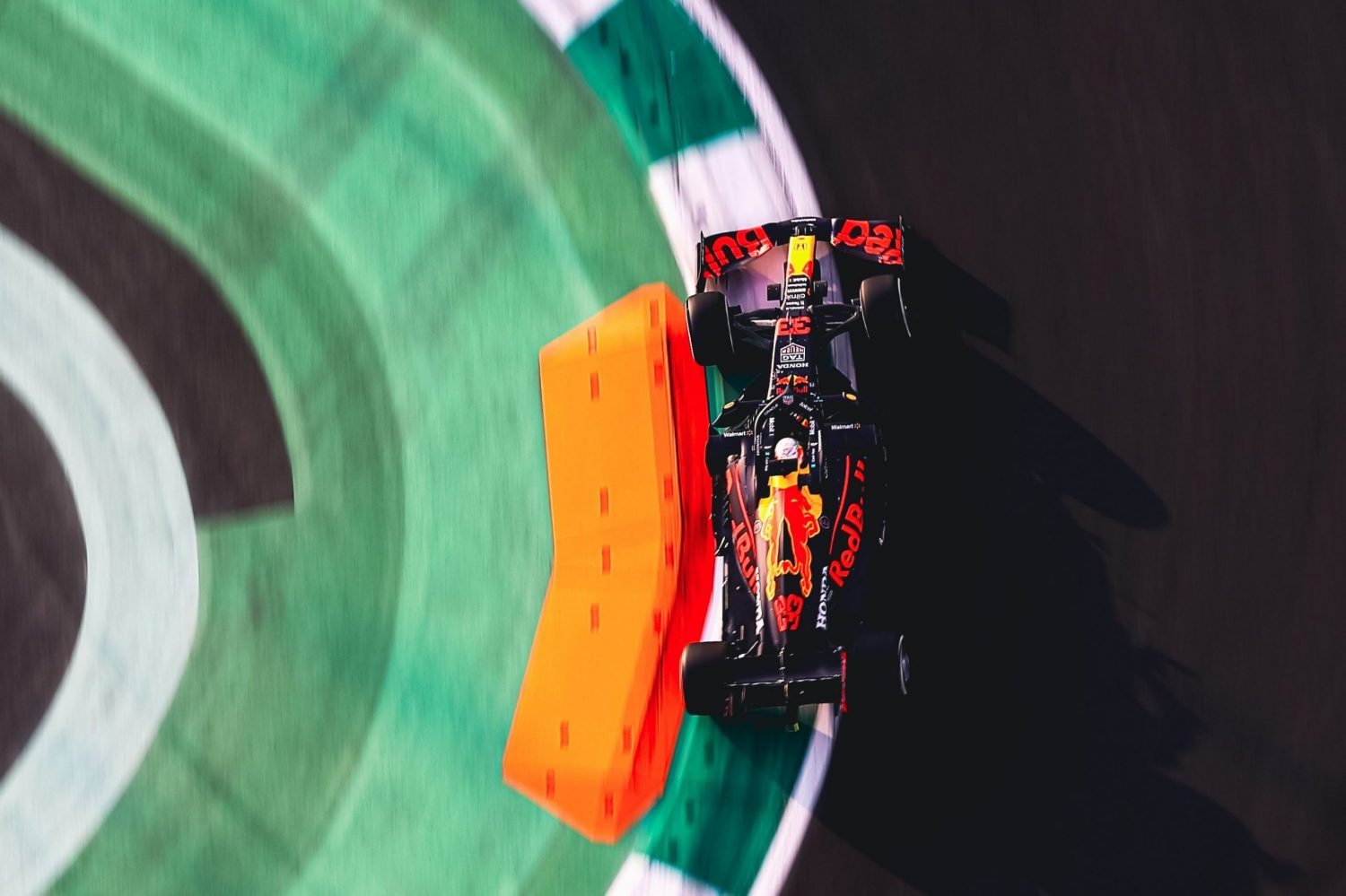 As the Dutchman continued roll off the flyers, Hamilton took over the runner-up spot half-way through the session albeit 0.664s behind his title rival. The duo was followed by Bottas, Pierre Gasly, Norris and Leclerc in P6.

Save for a few drivers grazing the walls, the session unfolded void of any drama. But with 15 minutes to go, a soft-shod Hamilton popped to the top with a flyer that dipped into the 1m29s.

But a late flyer by F1's championship leader pushed him back up to P2, just 0.056s off his Mercedes rival. The second half of the top ten was led by Sainz who outpaced his Scuderia teammate Leclerc, McLaren's Daniel Ricciardo, Alpine's Fernando Alonso and Aston Martin's Sebastian Vettel.

Verstappen's wingman Sergio Perez concluded his session just outside the top ten, indicating that there is more work to be done on his side of the garage.

Further back, Norris was a P13 while the Haas' Nikita Mazepin closed out the field as usual, over 3.6 seconds off the pace.