Ahead of this weekend's penultimate round in Saudi Arabia, Red Bull trails Mercedes in the Constructors' standings by just five points.

Horner hopes that Perez's recent run of good form will extend into the final events in Jeddah and Abu Dhabi as the Mexican's contribution to his team's efforts could prove decisive in either championship for Red Bull.

"He’s vital," Horner admitted on Friday in Jeddah. "He’s going to play a crucial role in these next two races – as is Valtteri [Bottas].

"I think that we need Checo. He’s had a good run of form recently, finding his feet and confidence with the car.

"And really since, I would say, pretty much Monza, his performances have grown and grown and grown. I think that we really need him right there the next couple of weekends." 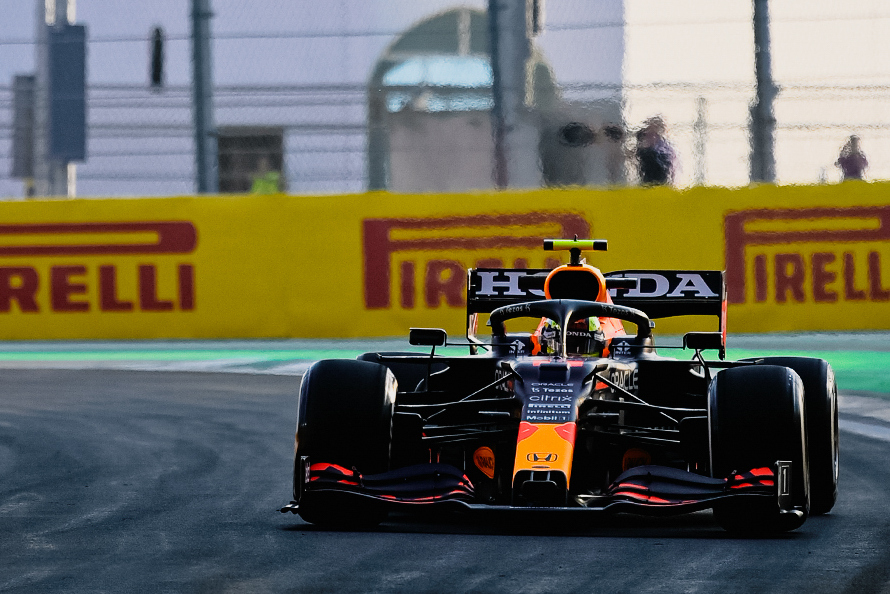 On Friday, Perez endured a low-key start to his Saudi Arabian Grand Prix weekend, clocking in P9 at the end of FP2, over half a second adrift from Verstappen and 0.750s behind Hamilton, the day's pacesetter.

But the Mexican reckoned that there was "plenty more to come" this weekend from his side of the garage.

"On the long runs we didn’t have enough laps to get a real read on how we will perform so I don’t think my time on the soft tyres was reflective on where we actually are," he said.

"I think there is plenty more to come from the car, so hopefully we can find the right balance and pace to be in contention in qualifying.

"It is going to be hard to achieve the perfect lap out there, but we also have a long race ahead of us on Sunday and anything can happen. We just have to stay up there and be on it as much as possible."

Perez was among those that gave a big thumbs up to Jeddah's high-speed circuit which he said is "a lot of fun", although managing traffic in qualifying will be a challenge.

"It's a really nice circuit, it is very fast and enjoyable to drive," he said.

"It is going to be tricky in qualifying with traffic management, we saw that a bit when everyone was on the soft tyre at the end of FP2.

"I think it will be an interesting race because this track is challenging, if you make a mistake it can be extremely costly. In qualifying it will all be about trying to be in the right place at the right time."