Charles Leclerc says he was lucky to emerge unscathed from an early melee in Sunday's Saudi Arabian GP with Sergio Perez that put the Red Bull driver out on the spot.

The two drivers were running almost side by side as the exited Turn 2 after the first red flag restart, but in the Turn 3 left hand corner, Perez squeezed a hopeless Leclerc between himself and the wall.

Unfortunately for the Mexican, the contact spun his car around why the Ferrari driver was able to continue on his way. But Leclerc admitted that he had been lucky to escape the commotion without incurring any damage.

"I was on the left and had not enough space, and I don’t think he saw me," he told Sky Sports. "I was very lucky to get out of it without big damage." 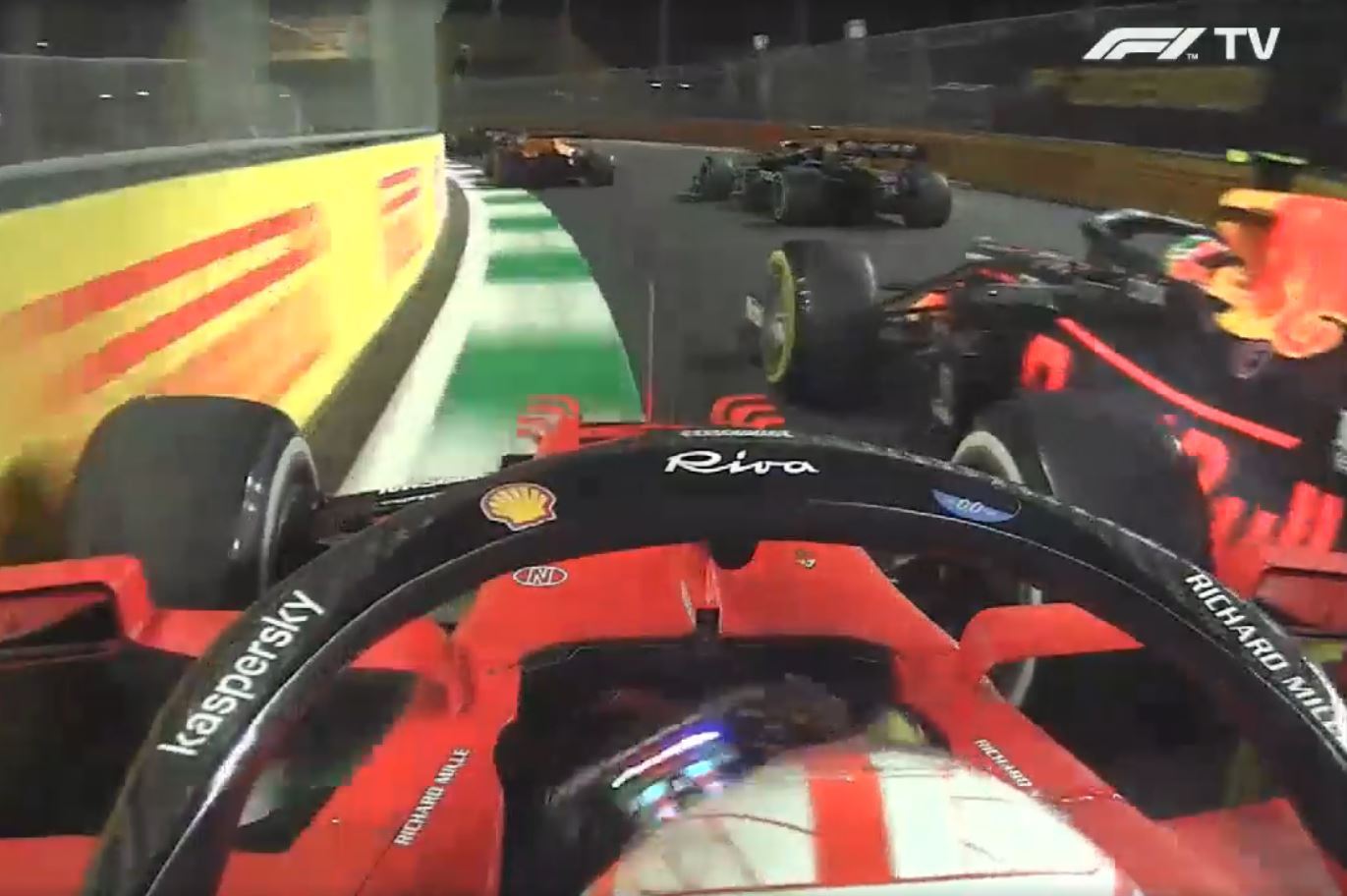 However, in the aftermath of the early incidents and two restarts, Leclerc fell down the running order although he remained among the top ten.

But he fell into the clutches of his Ferrari teammate Carlos Sainz with whom he enjoyed a spirited battle during the remainder of the race. Leclerc eventually had the last word, crossing the chequered flag P8, just ahead of the Spaniard.

"Well Carlos was behind at first, then he overtook me while I was struggling in the first three laps [of the restart] with the hard [tyres], and then I had quite a good pace actually, and managed to overtake him two laps to the end," he said.

"It was a good battle. We enjoyed it, I think, both of us.

"And yes, the pace was strong, but I can only be disappointed looking at the first part of the race we were very, very strong, so it’s a shame we couldn’t capitalise on that.

"We struggled massively with warm-up on the hard and I lost a lot of positions with the... restarts today – and on the hard tyres it was a disaster, so I lost positions on every restart.

"And with the pace I could make up for the space lost, but not enough obviously, and the potential was much better today."