Lewis Hamilton praised newly crowned F1 world champion Max Verstappen following his defeat at the hands of the Dutchman in Sunday's Abu Dhabi Grand Prix, but also commended his team for its performance this season.

Hamilton looked on course to securing a record eighth world title, having dominating proceedings at Yas Marina from the outset.

But a safety car deployed with five laps to go following a crash by Williams' Nicholas Latifi turned the race on its head.

Verstappen opted to stop during the neutralization for a fresh set of soft tyres, and that choice proved crucial as it left the Dutchman in Hamilton's wake at the restart but on faster tyres, a state of affairs that left little doubt as to the outcome of the final lap. 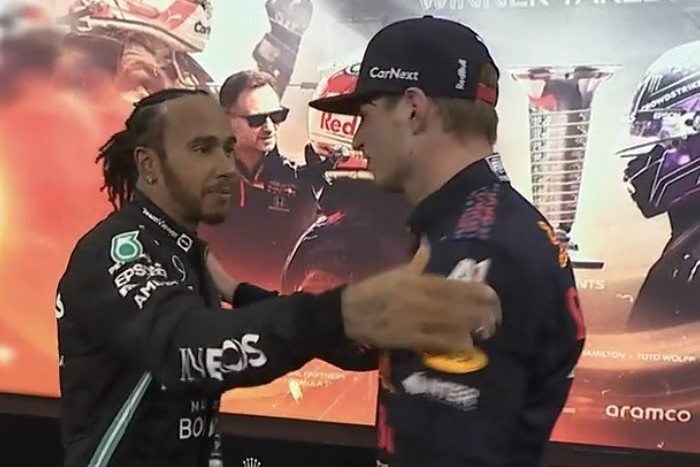 "Firstly, a big congratulations to Max and to his team," Hamilton said immediately after the race.

"I think we did an amazing job this year. My team, everyone back at the factory, all the men and women we have and here have worked so hard.

"This whole year has been the most difficult of seasons, and I'm so proud of them, so grateful to be a part of the journey with them.

"We gave it everything this last part of the season. We gave it absolutely everything, and we never gave up and that's the most important thing."

Hamilton appeared eager to move on from Sunday's disappointement, looking forward to a well-deserved break before returning to the fray in 2022.

"I've been feeling good," the seven-time World Champion said. "[Feeling] great in the car these past couple of months, particularly at the end.

"If I'm honest, we're still in the pandemic and I just really wish everyone to stay safe, and have a good Christmas with all their families, and we'll see about next year."