Max Verstappen has publicly committed his future to Red Bull after successfully clinching the 2021 Formula 1 world championship, the first Dutch driver to do so in the history of the sport at the age of just 24.

Verstappen started on pole position but lost the lead at the start of the race to title rival Lewis Hamilton, who was allowed to keep the advantage despite being pressured off the track by Verstappen at turn 6.

Mercedes looked to hold the upper hand from that point on, with Red Bull boss Christian Horner admitting with ten laps to go that they "needed a miracle."

He got one when the race was turned on its head by a late safety car for Nicholas Latifi crashing out ,which allowed Verstappen to don new tyres in time for the restart with one lap to go.

Verstappen was able top use the advantage to force his way past Hamilton on much older hard tyres, taking victory in the Abu Dhabi Grand Prix as well as the world title by two seconds at the line.

"It's unbelievable," Verstappen proclaimed in parc ferme after taking the chequered flag. "Throughout the whole race I kept fighting, and then of course, that opportunity in the last lap.

"It's incredible. I'm still having a cramp in my leg!" he said. "It's insane. It's insane. I mean, I don't know what to say. These guys here of my team, and of course Honda as well, they deserve it.

"I love them so much. I really, really enjoy working with them already since 2016, but this year has been incredible. 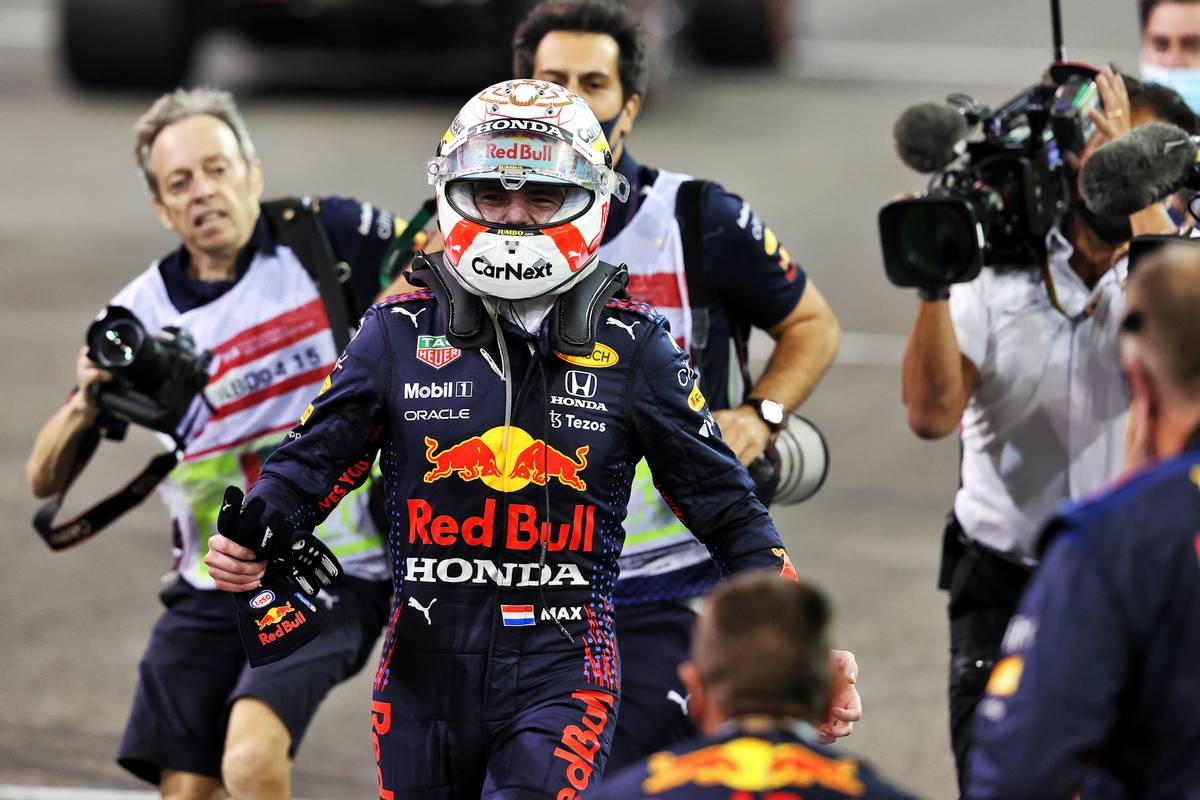 "I hope we can do this for 10, 15 years together," he declared. "There's no reason to change ever. I want to stay with them for the rest of my life. I hope they let me!

"I'm so happy and also Christian but also Helmut [Marko] you know, trusting me to be in the team in 2016. Our goal of course was to win this championship and now we have done that."

Although Verstappen has emerged victorious in the drivers title, Red Bull narrowly failed to claim the constructors championship.

Verstappen also paid tribute to his team mate Sergio Perez who did a terrific job holding up Hamilton after the first round of pit stops earlier in the race.

"I want to say a big thank you to Checo," he said. "He was driving his heart out as well today. It was great teamwork, and he's an amazing teammate."

Even as the celebrations continued in the Yas Marina paddock, Mercedes were lodging protests against the result, with Verstappen's driving at the restart and controversial decisions by race control at the heart of their complaint.