Max Verstappen says he never gave up hope on winning the Abu Dhabi Grand Prix and the world title despite Lewis Hamilton's seemingly unabated charge to the chequered flag.

In the second half of Sunday's historic showdown at Yas Marina, as Hamilton continued his forward march with a healthy margin over his archrival, Sky F1 buzzed the Red Bull pitwall to query team boss Christian Horner on the state of Verstappen's chances of catching and overhauling the Mercedes driver.

But some 17 laps later, a safety car triggered by Williams' Nicholas Latifi coupled with Red Bull's all-in bold gamble to pit Verstappen for a set of soft tyres, and a controversial restart procedure turned the event on its head. And produced Red Bull's much-needed miracle for the evening's hero.

"It was a bit of a rollercoaster of course from not really having a chance of winning to the last lap when everything comes together where you have to go for it and we did.

"Incredible, and insane, insane emotions as well – I lost my voice, sorry – so I think a few people in the garage as well. I haven’t seen my engineer, I’ll probably hug him to death." 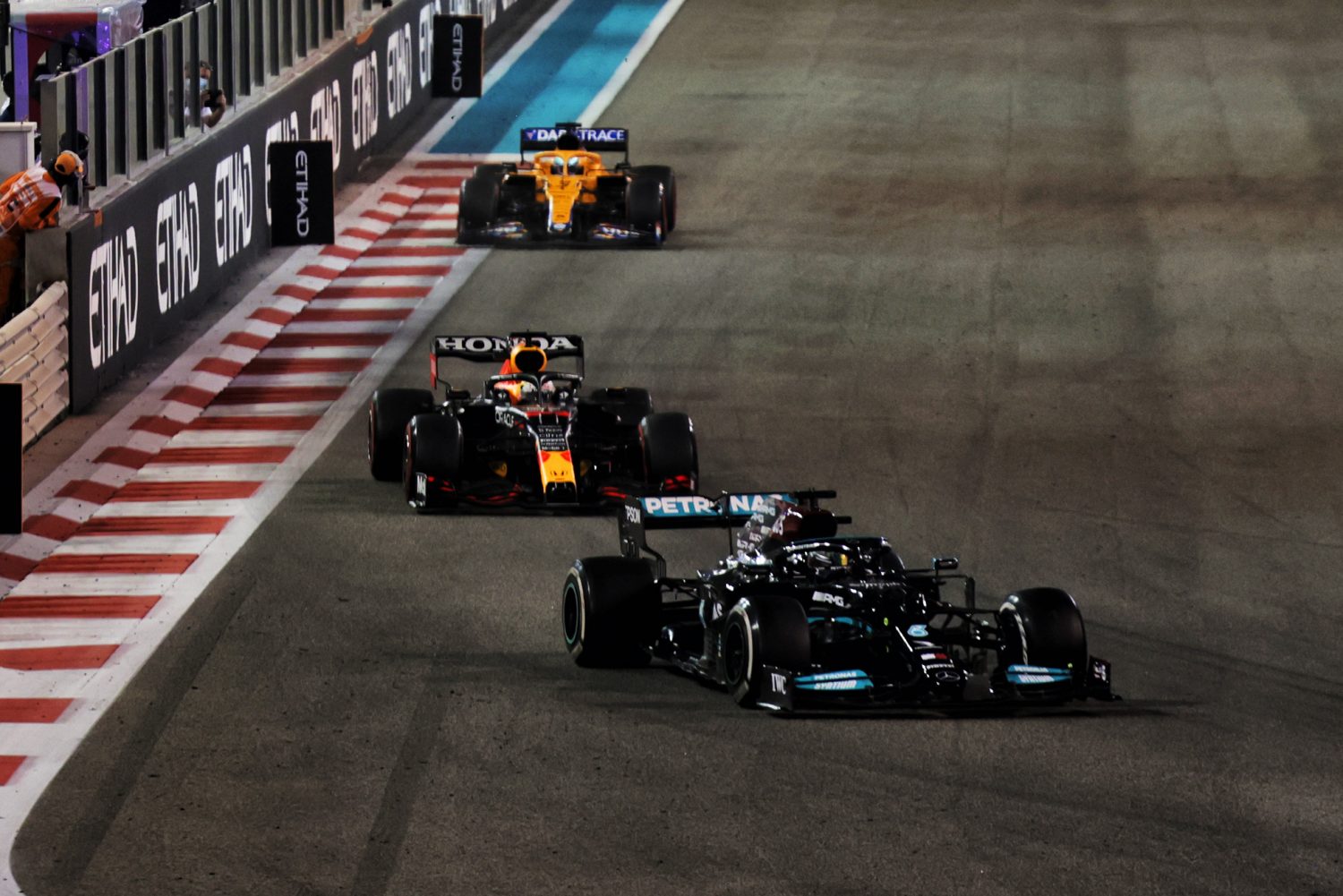 When the race entered its final tier, Verstappen chances of success "didn't look good". But the 24-year-old just pressed on and never gave up.

"Well, I mean, of course it didn’t look great, but I always said to myself I’m going to push until the end, I’m not going to make it look like it’s too easy out there and I think that also kept me within that range where they couldn’t do a free stop under the Safety Car or whatever.

"In a way I was just trying to push myself till the end."

Verstappen also revealed that he was inflicted with a bout of pain in the closing stages of the race that only got worse.

"I was actually happy in Turn 5 there was a braking zone so I could come off throttle!

"Then I was of course in front and then the whole straight, you have this massive cramp in your muscle, it’s just like clamping on and getting worse and worse.

"I’ve had it before but it’s not a nice feeling, but a chance like this you just have to fight through it." 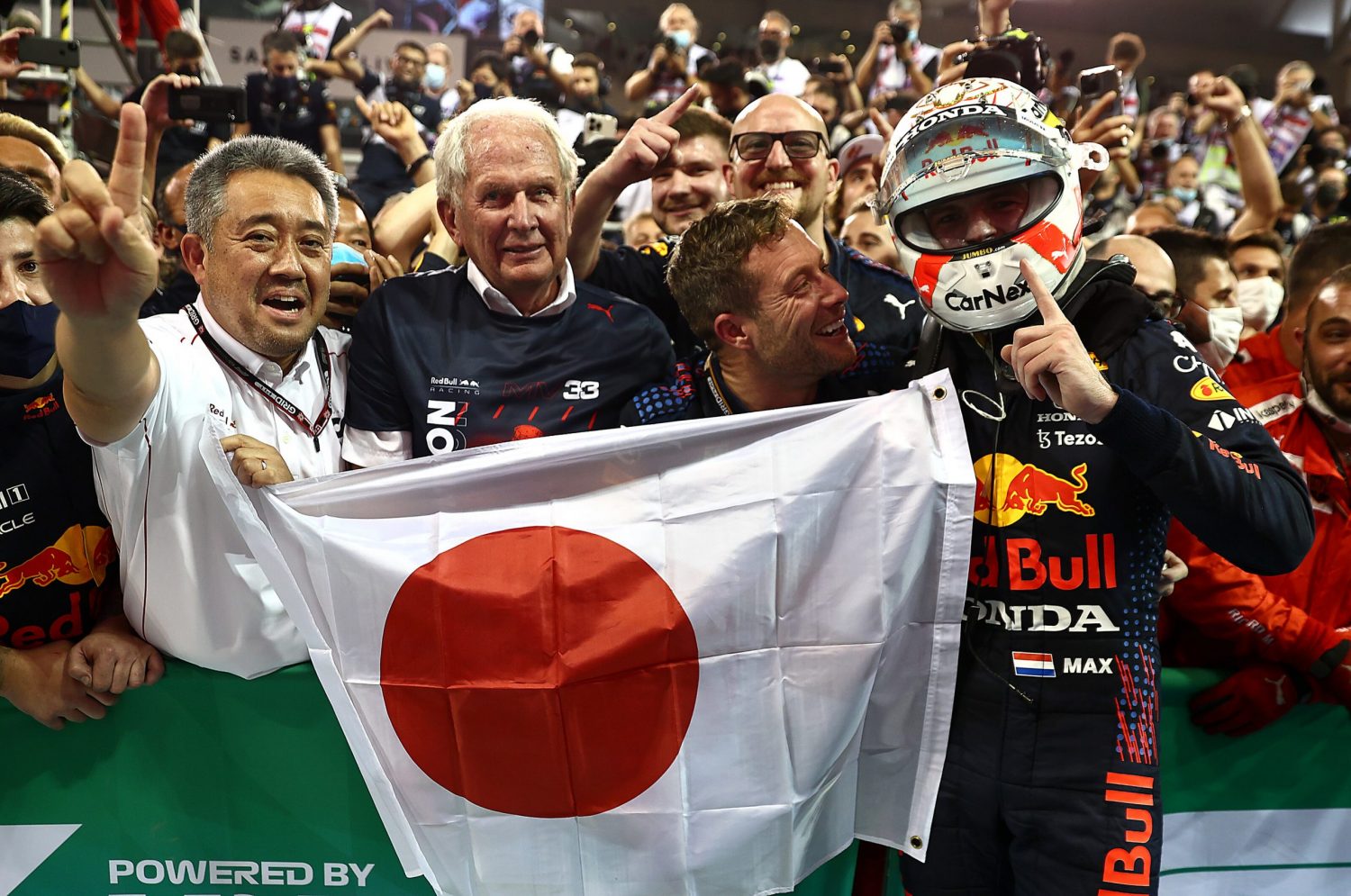 Finally, Verstappen paid tribute to his teammate Sergio Perez who produced at one point in the race, after he had inherited the lead during pit stop rotations, a heroic effort to keep Hamilton at bay, which allowed Verstappen to bridge the gap with his rival.

"Insane… because of Checo today I won the championship as well," said Verstappen who labeled the Mexican "a legend".

"I think without Checo I wouldn’t be sitting here for now, because then they would have had a pit gap with the Safety Car and stuff, so definitely, Checo was driving incredibly today."

Verstappen, the fourth-youngest world champion in F1 history, said that his crowning is the realization of a childhood dream.

"Of course, I will continue driving but of course, in terms of achievements I have achieved everything in Formula 1 now. So, everything that comes next is just a bonus," he said.