Mercedes F1 boss Toto Wolff, for all his anger of seeing Lewis Hamilton loose the championship battle in dubious circumstances, managed to congratulate Max Verstappen on his 2021 title.

Wolff was enraged at the end of Sunday's Abu Dhabi Grand Prix, having seen Hamilton's comfortable advantage and sure win overturned by a nightmare scenario and a set of circumstances that no one had foreseen.

The decision by FIA race director Michael Masi to relaunch the race with one lap to go following what Mercedes considered a wrongful application of the safety car regulations left Hamilton – shod with a set of worn hard tyres - a sitting duck against Verstappen whose team had pitted the Dutchman during the race's neutralization for a fresh set of softs.

Mercedes filed two post-race protests, both of which were dismissed by the stewards, but has signaled its intention to appeal its most significant protest, a move that the Brackley squad will need to confirm by Thursday evening. 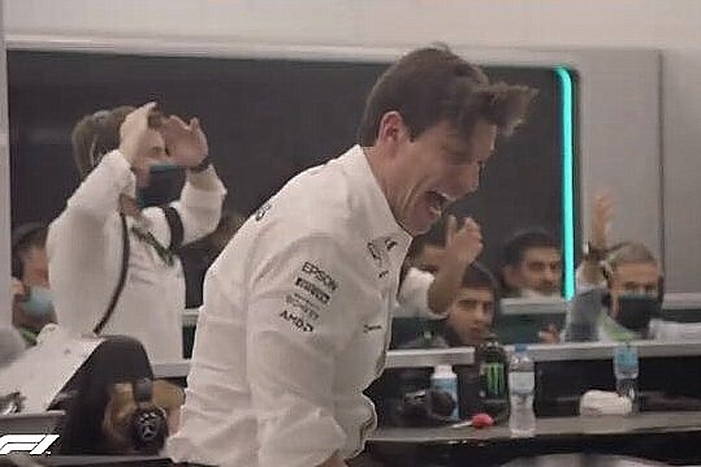 However, Wolff's message to Verstappen may indicate that no such course of action will be followed and that Mercedes will accept its fate and move on.

"Toto sent me a text [saying] congratulations on the season, I deserved to win it," Verstappen told Sky Sports News on Monday.

"That was nice of him of course, emotions ran very high through that last lap from both sides of both teams."

Verstappen, who was congratulated by a Hamilton gracious in defeat immediately after Sunday's dramatic finale at Yas Marina, believes there would be no protests if it was up to his arch-rival.

"Of course it helps that you also have seven titles, I think that comforts him a bit," he said.

"I think if it was the other way around, it would have been more painful for me, because I didn't have one!"

"Lewis has been a great sportsman in general," added the 2021 world champion.

"He came up to me, congratulated me and it must have been very tough in that last lap. It also shows the respect we had for each other, in general.

"Of course, we had our tough times through the season but in the end we were respectful of what we were doing and we were pushing each other to the limit the whole season.

"It has been really enjoyable racing against him."