Mercedes has officially conceded defeat to Red Bull and Max Verstappen, but Toto Wolff and Lewis Hamilton remain in a frowned mood and won't be attending this evening's FIA prize-giving Gala in Paris.

Mercedes broke its four-day communication lockdown on Thursday morning with a statement in which it announced that it had dropped its appeal of the stewards' decision to reject a protest by the German outfit regarding how last weekend's safety car procedure was handled in F1's title decider in Abu Dhabi.

Wolff and Hamilton's decision to snub the governing body's end-of-season event is a clear sign that while the Brackley squad has decided to move on, it remains at odds with the FIA and its officials.

Hamilton's absence is also a breach of F1's sporting rules that compel a driver finishing first, second or third in the championship to attend the FIA's traditional ceremony.

Furthermore, Mercedes did not send its W12 F1 car nor its championship winning Formula E charger for inclusion in the FIA's prize-giving photographic shots.

On Thursday, Wolff addressed the media and said that Mercedes' chief technical officer James Allison would be present in Paris on Thursday evening to pick up Mercedes' Constructors' Championship trophy.

The Austrian also expanded on the residual feelings and anger that remain with him after last weekend's events.

"But we will be represented as a team by James Alison, who will be taking the trophy on behalf of all the people in Brackley and Brixworth who should celebrate our eighth consecutive world championship title, who deserve to be celebrated, because it's a fantastic achievement that we are very proud of.

"Lewis and I are disillusioned at the moment. We are not disillusioned with the sport – we love the sport with every bone in our body and we love it because the stopwatch never lies.

"But if we break that fundamental principal of sporting fairness and authenticity of the sport then suddenly the stopwatch doesn’t become relevant anymore because we are exposed to random decision-making, that it is clear you may fall out of love with.

"That you start to question if all the work you have been putting in – all the sweat, tears and blood – can actually be demonstrated in terms of being the best possible performance on track, because it can be taken away randomly." 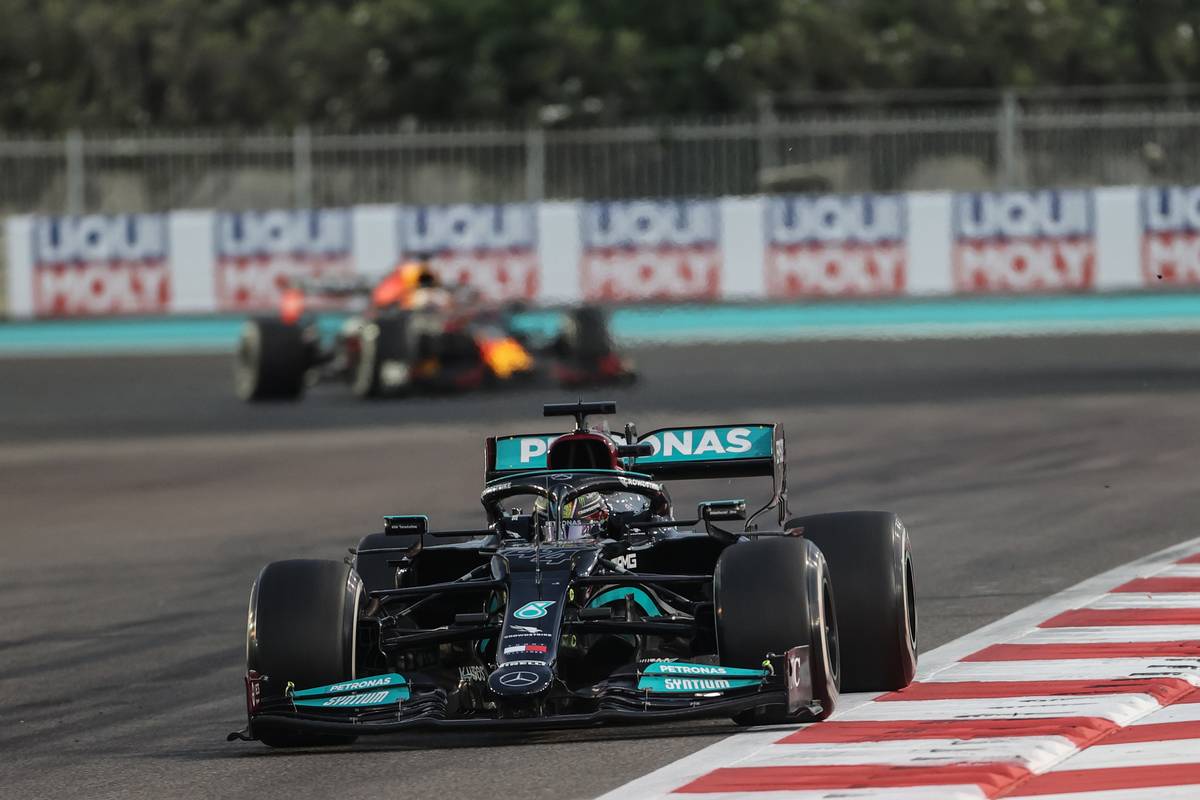 Wolff admitted that the feelings of outrage and injustice regarding how events unfolding in Abu Dhabi will likely remain deeply entrenched, the Mercedes boss also suggesting that a disenchanted Hamilton could walk away from the sport.

"So it’s going to take a long time for us to digest what has happened on Sunday, I don’t think we will ever get over it," he added.

"That’s not possible. And certainly not as a driver. We will never overcome the pain and the distress that was caused on Sunday.

"Many of [the] values and beliefs were kicked on Sunday. So I would very much hope that Lewis continues racing because he’s the greatest driver of all time.

"When you look at it from the point of view of the last four races he was dominant, there was not even a doubt who won the race. And that was worthy of winning the world championship.

"So we will be working through the events over the next weeks and months. I think as a racer his heart will say ‘I need to continue’ because he’s at the peak of his game, but we have to overcome the pain that was caused upon him on Sunday, also because he is a man with clear values and it’s difficult to understand that that happened.