George Russell says that despite his familiarity with the Mercedes F1 team, he still felt "a strange feeling" on his first day of work as an official member of the Brackley squad.

Russell was entrusted with both days of post-season testing in Abu Dhabi earlier this week, the Briton running at Yas Marina on board Mercedes' mule car as part of Pirelli's 18-inch-wheel development program.

As a Mercedes protégé for the better part of four, the 23-year-old is obviously no stranger to the championship winning team. Yet his status as an official works driver brought about a special feeling.

"It's a strange feeling because I've tested with the team numerous times after races, end-of-season and now here we are again, but obviously it's my first time as an official driver for the team," Russell said.

"It was really great to be back with the guys and learning about these new tyres.

"It's obviously always a pleasant experience driving a World Championship-winning car, the 2019 Mercedes, and with these 18-inch Pirellis, which seemed to react pretty positively so yes - it was nice." 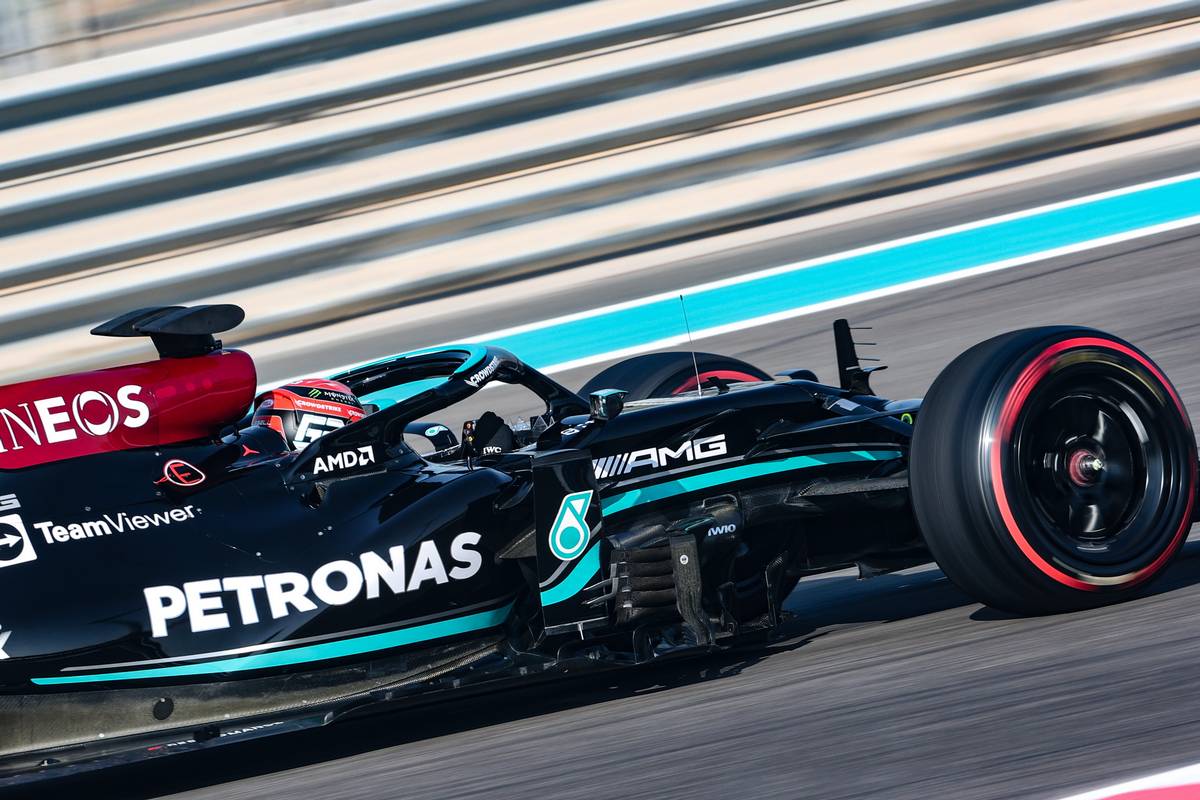 Russell didn't deny the obvious level of performance of his mount, even modified to suit next year's new-spec wheels.

"It's a good car, it's definitely a very good car," he said.

"Even though it's modified, it gives you confidence and it's a real joy to drive. You can put it on the limit, you've got confidence in it and it's something I've struggled with a little bit in the past season.

However, Russell admitted that his Mercedes' modified mule car was a tight fit.

"I'm a bit battered and bruised to be honest - it's pretty damn tight in that car, but next year will be much better," he said.

"I'll have a bit more room to breathe, so looking forward to that. But suck it up, get on with it, and I've got all of Christmas to recover!"

Looking back on his swansong outing with Williams in Abu Dhabi, Russell bemoaned his retirement but was happy that it had been inconsequential for the Grove-based outfit.

"I think it was very unfortunate; we had something fly into the airbox above my helmet which caused the engine to overheat and ultimately I had to retire," he explained.

"Nothing anybody could do about that, but nevertheless with both Alfa [Romeos] retiring we're still P8 in the Constructors' Championship, so on the whole, as a season, it's been pretty spectacular."

Verstappen: No reason for Hamilton 'to give up or stop now'

Ricciardo still has 'some things to work out' for 2022