The German squad finished the season with a 28 point lead in the standings to clinch this year's team title, continuing an unbroken run in the modern hybrid era dating back to their first in 2014.

But the achievement has been overshadowed by the events of the final lap in Abu Dhabi last Sunday which saw Lewis Hamilton miss out on the drivers title to his Red Bull rival Max Verstappen.

Mercedes considered lodging a formal appeal over the result, and neither Hamilton nor team boss Toto Wolff attended the official FIA prize giving gala in Paris on Thursday. Chief technical officer James Allison collected the award on behalf of the team.

"I think tonight we should celebrate rather than trying to get into any kind of controversy," Todt said in answer to questions from the media including RacingNews365.com. "There is no point. What would it give?

"I feel sorry because Mercedes should have much more reward, as eight-time world champion for the manufacturers is unique," he continued.

But he said that despite the controversy that has been raging, Verstappen had done an "outstanding job" this season and thoroughly deserved his maiden drivers world championship success.

"I think he gets what he deserves, he did a great season," Todt said of the Dutch driving superstar. "It is true that he was very lucky in the last lap, but you should see the whole season.

"So at the end of the day, all season and of course the last race, same number of points, you could have another expectation. But to quote Max, 'It is what it is'." 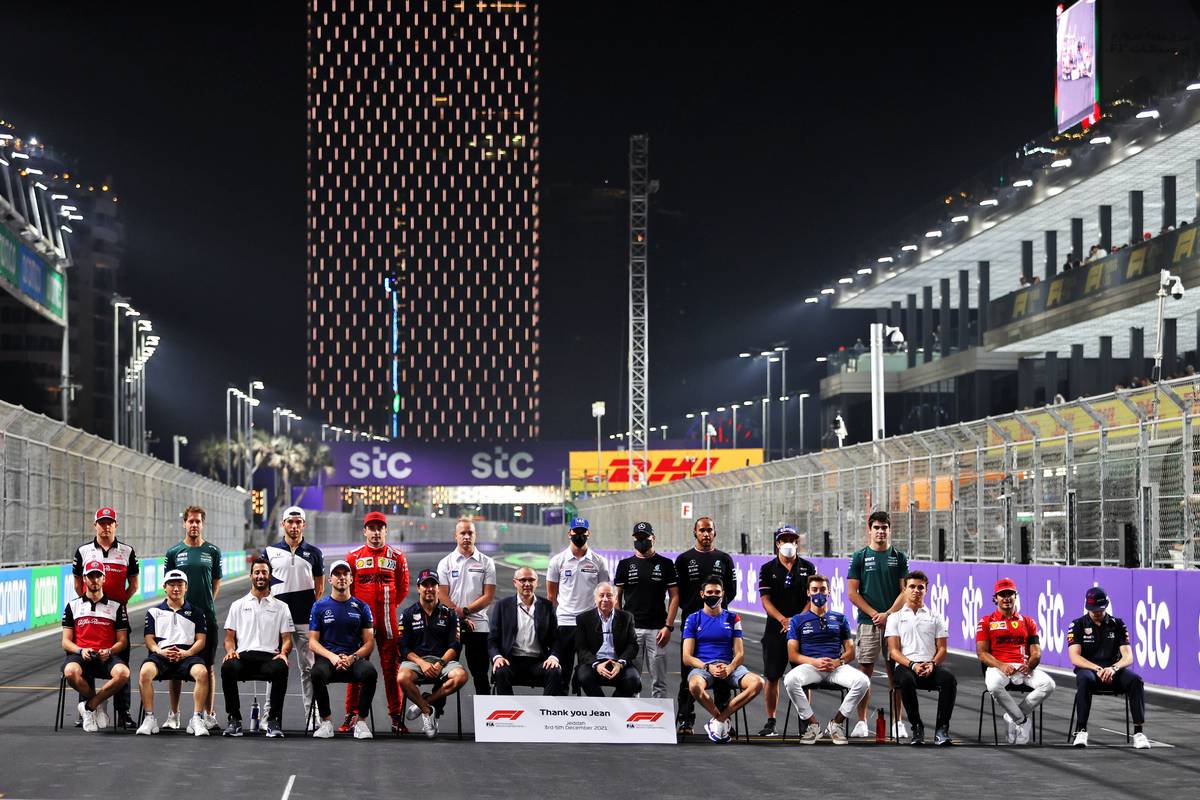 Todt was marking his last day in the role of president, which he took over in 2009 from Max Mosely who held the position for 16 years.

His former Ferrari colleague and current Formula 1 CEO Stefano Domenicali was among those to pay tribute to Todt's contribution to the sport on Thursday.

“Your professional life has always been characterised by true values," said Domenicali. "We thank you for all that you have done for the motor sport community and also for safety and human rights. You are leaving a lasting legacy.”

"We are going to miss him so much," commented Richard Mille, President of the FIA Endurance Commission. “He’s somebody you can call at 3 o’clock in the morning with a problem and he will wake up the world to solve the problem.”

Todt's son Nicholas who works as a driver manager F1 spoke of his pride in his father's achievements and accomplishments.

“Your successes are due to your passion for motorsport, your willingness to always push the boundaries, your capacity to get the very best from your colleagues and to never take no for an answer.”

Todt himself spoke of a strong future for the FIA and for global motorsport in the hands of his successor, Mohammed Ben Sulayem.

“I know that the FIA will get fresh blood, a fresh team. Amongst the legacy I leave, I leave an amazing team which is able to continue to deliver.

“I still have the same passion. I am blessed, I still love motor racing," he said. "Now it is time to give something back in other areas of life.

"I am an old man but in good form and we will see what comes next.”

FIA's Sulayem: 'No foregiveness' for Hamilton if gala rules breached

Rosberg and Button expect Hamilton to return in 2022