Lando Norris is eager to sample McLaren's 2022 car but admits it will be a trip into the unknown regarding how he'll perform at the wheel of the all-new machine.

F1 teams have elaborated their 2022 designs from a blank sheet and against a backdrop of new technical regulations based on ground effect aerodynamics.

The sport's new rules were drafted with the intent of allowing cars to follow each other more closely to create more overtaking opportunities which should in turn boost the show.

Several drivers have experienced their 2022 contender in their team's simulator, but things could be quite different once the machines roll out onto the track when pre-season testing kicks off at the end of February in Barcelona.

Norris reckons there will inevitably be affair amount of adaptation to the concept, with all drivers in the same boat in that regard. 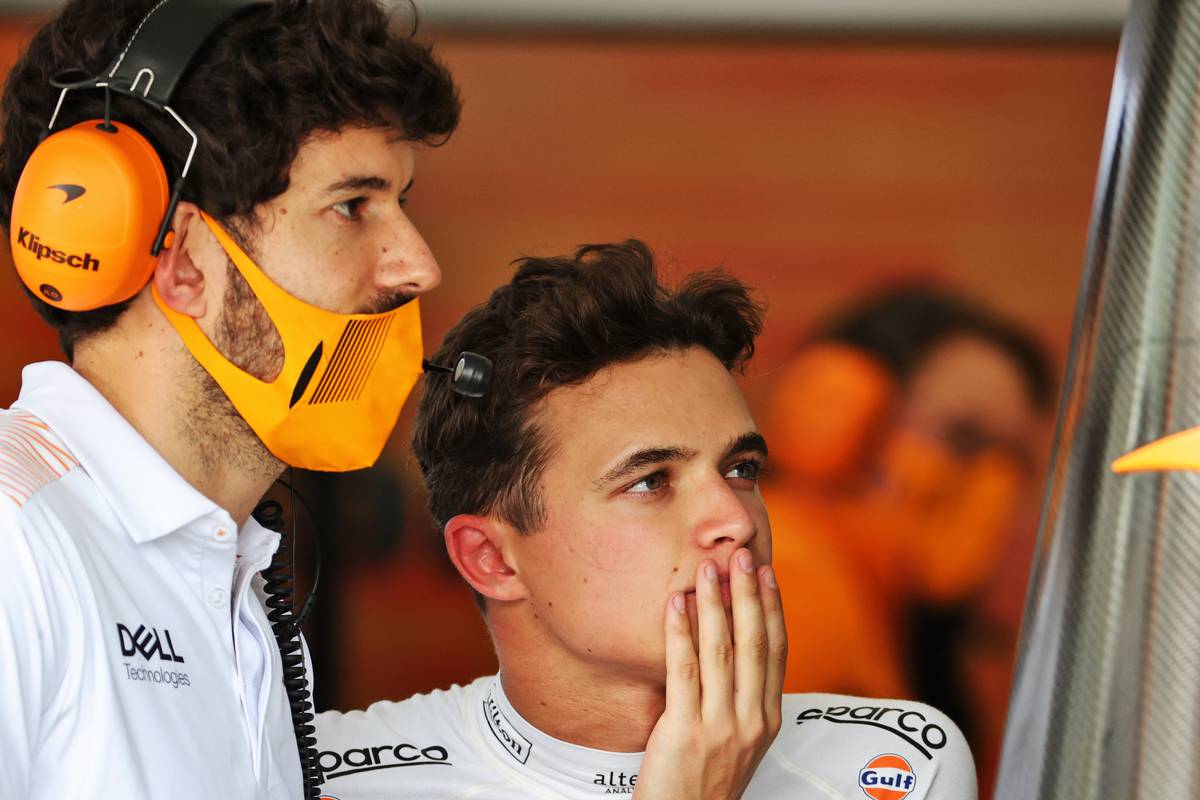 "I don't know if I'll be really good with it, or I'll struggle a little bit with it," commented the McLaren charger last month.

"I think it's going to be the same case for everyone. Everyone is going to have to adapt because it's so different.

"No-one's driving style today is probably going to be one that you can just jump into next year and do exactly the same, you will have to change a little bit."

Asked whether he was apprehensive about the prospect of driving his new car, Norris said: "Not nervous, not like nerves or anything, but some question marks and [thinking] how are you going to have to drive?

Beyond how McLaren's new car will feel out on track, Norris said there are a number of "internal" tweaks that he'll be able to rely on, as usual, to improve his level of comfort.

"A lot of things that allow you to be comfortable are more on [the] internal side of it," explained the 22-year-old.

"Is it too soft? Is it too stiff? You know when you're about to lock up and things like that.

"So, with a lot of it, the car and how it's all built is going to be the same but, because the cars are gonna be so different, I've got no idea how it's going to be."

Russell sees in-season development as key to success in 2022

Zhou reveals the sports legend behind his choice of #24