The new weekend format was introduced last season with three trial events at Silverstone, Monza and Sao Paulo, and this year there are plans for double this number of races to feature sprint qualifying.

The new format sees traditional qualifying moved to Friday evening, setting the starting order for a short half-hour sprint race on Saturday the result of which in turn sets the grid for Sunday's Grand Prix.

But some teams fear that holding so many sprint races could see a corresponding increase in the number of accidents and car damage, and thereby incur extra costs

That could see teams go over the maximum amount allowed by the sport's new spending cap first introduced in 2021 in an effort to control spiralling budgets.

Last year saw teams limited to $145 million of spending, with this figure being reduced by $5 million this year and again in 2023.

Teams did receive an extra $450,000 for taking part in the sprint trials with an additional $100,000 to cover accident damage. but McLaren is resisting calls for the budget cap itself and the amounts stipulated to be revisited.

“Some want to take the opportunity to raise the cost cap, a few of the teams,” Brown acknowledged. “We’re adamantly opposed to raising the cost cap on anything, so we’re going to need to work through that issue.

“It might be new to some teams to actually have to manage a budget, but I think that’s in the spirit of the sport," he said. "You can certainly match the revenue to the expense and resolve that. 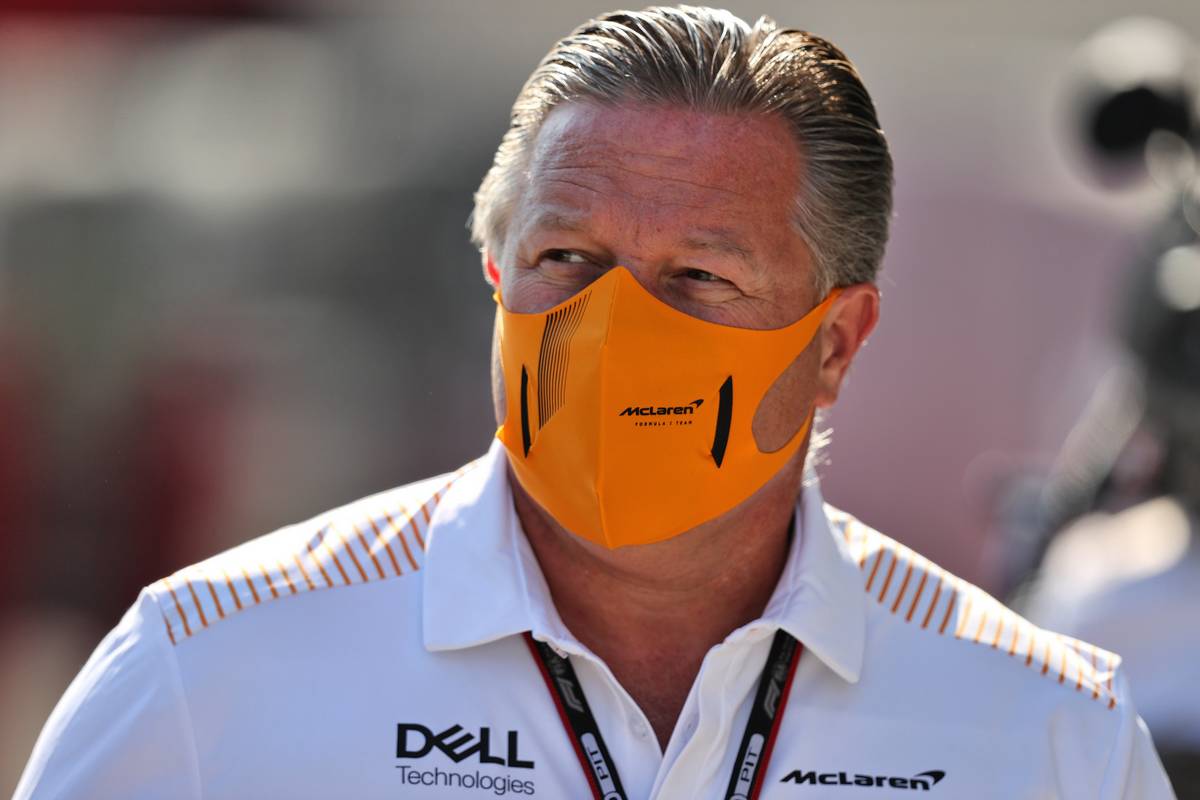 "When this was proposed to us a year ago, they did a report on the damage that was incurred on opening laps," he continued. "It was also in the report that showed there was very little damage.

"From what I’ve seen, I saw more crashes in practice than I have in the sprint races.

“And yet a couple of the teams still want to take the opportunity to raise the budget by a ridiculous number! By almost, ‘Well, what if I write off a car every race?'"

Brown said that the original intention behind the introduction of the budget capo had to be respected.

"I think we need to be very careful to be fiscally sustainable," he stated. "Certain teams take the opportunity to try and raise that all the time, and we need to resist that.”

McLaren benefitted from the new format at Monza, which enabled Daniel Ricciardo to improve his position from fifth to second on the grid.

he went on to win the Italian Grand Prix after Max Verstappen and Lewis Hamilton collided, with team mate Lando Norris right behind him at the line for a McLaren 1-2.