The team made the surprise decision to look outside the Red Bull driver programme for a new team mate to Max Verstappen in 2021, after previous incumbents Alexander Albon, Pierre Gasly and Daniil Kvyat had failed to measure up.

Perez was snapped up for the season after being let go by Racing Point (now Aston Martin) in favour of four-time world champion Sebastian Vettel, despite having just taken his maiden F1 win in Sakhir.

Although it took some time for Perez to settle in, he took a second win in Azerbaijan in June and was lauded for his contribution to the team's championship campaign - and especially the crucial role in played in the final race of the year at Abu Dhabi.

“What Checo did is incredible,” Verstappen said of his team mate's contribution that day. “That also made our race in the end, because Mercedes couldn’t stop at the safety car. Without Checo I wouldn’t have become world champion.”

Hill said that compared to his predecessors in the second Red Bull seat, the 31-year-old Mexican had the maturity and self-assurance to handle the pressures of racing alongside the formidably talented Verstappen, having made 213 race starts with Sauber, McLaren, Force India and now Red Bull since his debut in Australia in 2011.

"We've seen so many drivers bounced out of Red Bull," Hill told the F1 Nation podcast this week.

"I always felt that Checo, because he's had so much more experience, would be able to stand up to the forces within Red Bull that make it difficult for a young driver."

Hill compared Perez with Gasly, who was promoted to Red Bull from the junior Toro Rosso team at the start of 2019 only to be swapped back again over the summer break due to inconsistent performances.

Gasly returned to Toro Rosso (now AlphaTauri) and has shown remarkable growth and improvement ever since, winning the 2020 Italian GP and finishing last season in ninth place in the drivers championship.

"He's got talent, that guy, he clearly has," Hill said of the French driver. "[He can] deliver the maximum of the potential of the car, which is what he does on a regular basis. 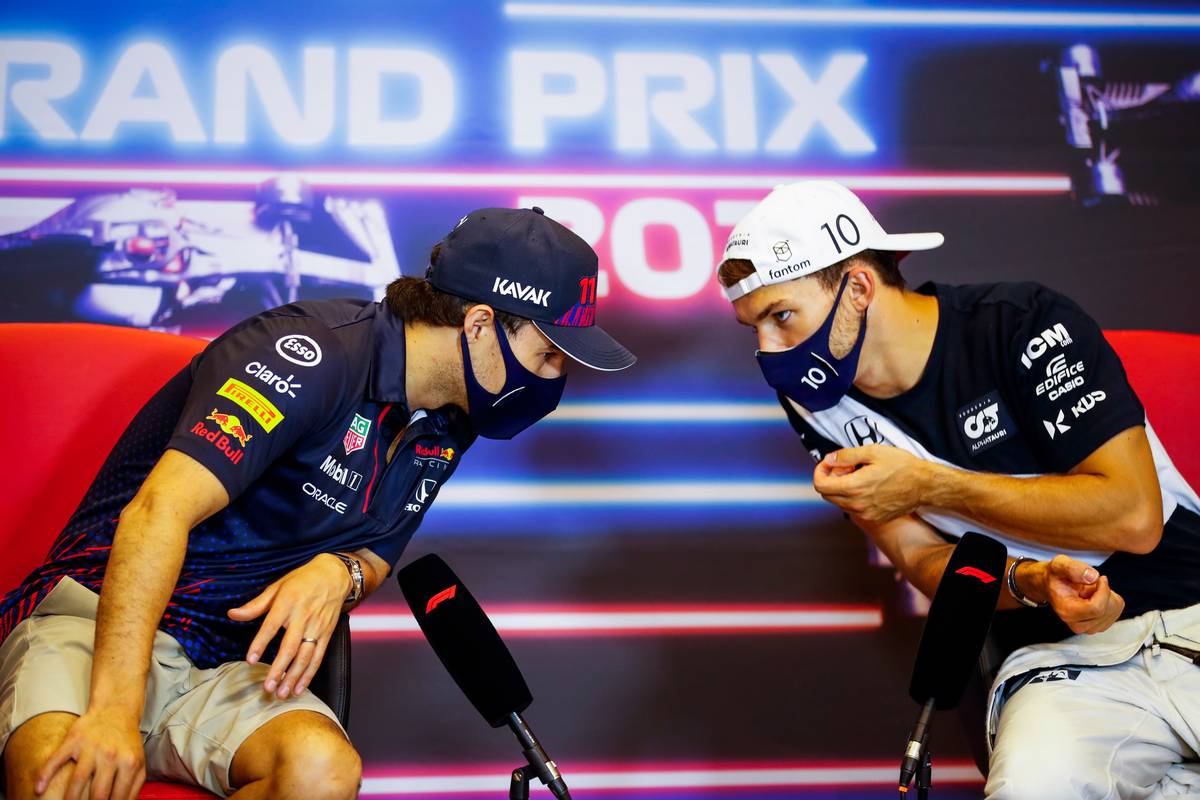 "And he seems confident in himself too, without being overly brash," Hill added, suggesting that Gasly's current form at AlphaTauri put him into "the same category" as Perez at Red Bull in 2021.

"The question is, what happens when a driver like that goes to Red Bull?"

Back in 2019, Gasly was replaced in a straight swap with Albon who went on to complete 26 races for Red Bull before himself being dropped in favour of Perez. The Thai driver will return to the F1 grid this year driving for Williams.

Hill said Albon's example showed how tough it was for drivers who had been raised in the Red Bull system to show what they can do when the opportunity arose at the top squad.

"This is something that they have to learn," Hill said. "To be a bit tougher when it comes to negotiating their place.

"I think when you're beholden to Red Bull, because they supported your career, it's very difficult to say, 'Hey, wait a minute, I want it this way'.

"Even if you've got Adrian [Newey] there, eventually they turn around, they go 'You're going to have to find the performance in yourself'."