Silverstone has confirmed that the Red Arrows flypast - a traditional part of the pre-race build-up to the British Grand Prix - will still go ahead in 2022 despite a new ban on displays by military aircraft at this year's events.

In an email to race promoters, Formula 1 said it had made the decision to prohibit flypasts on environmental grounds, as part of the sport's ongoing campaign to reduce its carbon footprint.

The sport has committed to achieving a net zero-carbon footprint by 2030. As part of that plan, teams will switch to 100 per cent sustainable fuels from 2026 when a new engine is scheduled to be introduced.

With that in mind, passenger jets using sustainable fuels will still be able to take part in pre-race displays at other venues. Despite officially being part of the UK's Royal Air Force, the Red Arrows have also been the go-head.

"The Red Arrows have played a significant part in entertaining motorsport fans since they first performed at the British Grand Prix in 1966," explained Silverstone Circuit managing director Stuart Pringle.

"I am pleased to say that Formula 1 has confirmed this much-loved tradition can continue at Silverstone in 2022.

"The Red Arrows, officially known as the Royal Air Force Aerobatic Team, are not classed as military aviation and as such do not fall into the category of those displays that will no longer be permitted at Formula One events

Recent races in Abu Dhabi and Bahrain have been sponsored by airlines Etihad and Gulf Air respectively, and saw the airlines using Boeing 787 Dreamliners to highlight low-emission technology and sustainable fuel.

But that was only after Sebastian Vettel protested about flypast rehearsals in Bahrain, saying that they had wasted conventional aviation fuel unnecessarily.

"Sebastian Vettel’s greatest achievement this weekend has been saving a bit of CO2,” Sky Sports F1's Ted Kravitz reported on-air at the time. “If you noticed the Gulf Air 787-9 flypast at the beginning of the race, the pilots were practicing that during testing.

"Seb thought that was a waste of fuel. He made a complaint and said to [new Formula 1 CEO] Stefano Domenicali, ‘Look, this person is wasting a load of fuel and I don’t like it’. 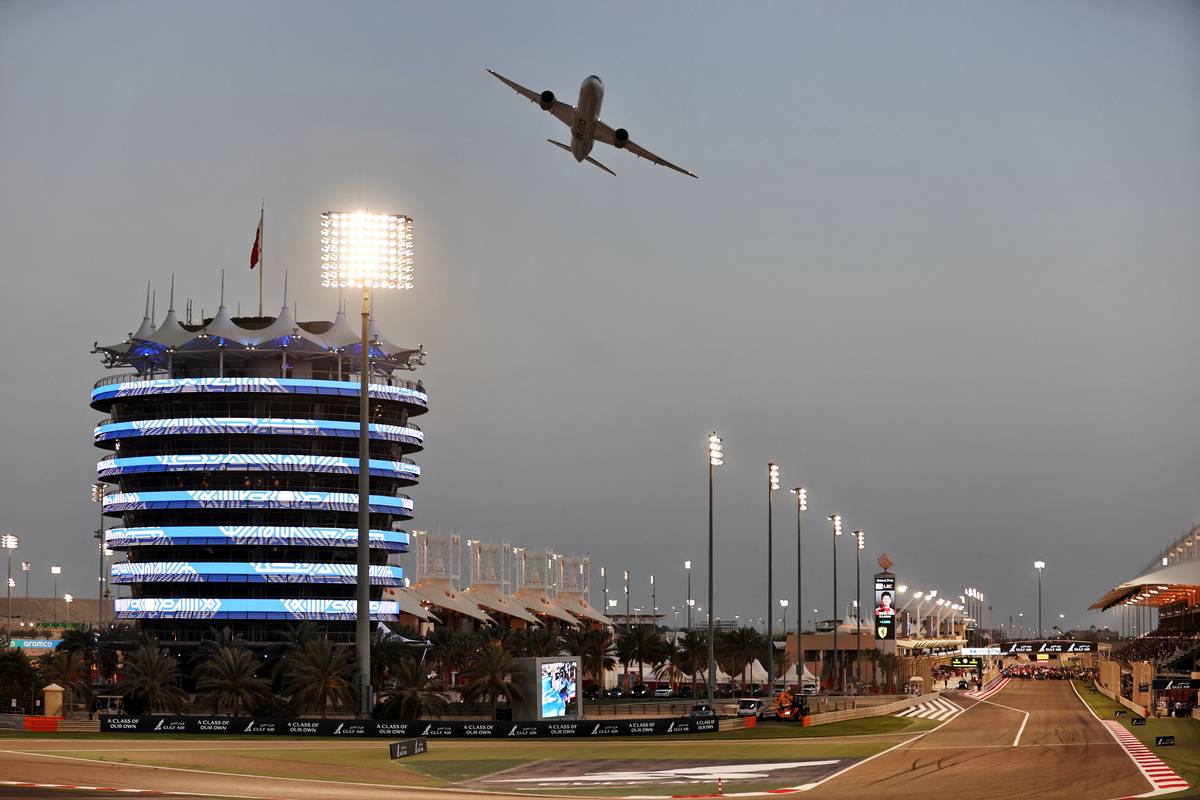 “Formula 1 went to Gulf Air, the race sponsor, and said is there anything you can do? And Gulf Air said yes. They got some sustainable, synthetic fuel and said they will run the flypast on biofuel.

“So when the 787-9 was running round before the race, it was running on biofuel, which is only really at an experimental stage for aircraft jet engines."

At the other end of the technological scale, the Austrian Grand Prix saw vintage planes owned by Red Bull's Dietrich Mateschitz entertain crowds. This display will still be allowed again in 2022.

Some suggest that the motivation behind the ban on military flyovers is less to do with the environment and more down to the sport wanting to distance itself from governmental propaganda and overt displays of force.

Italy's Corriere della Sera was particularly unhappy that the Frecce Tricolori, the current Italian Air Force aerobatic display team and the largest of its kind in the world, would not be allowed at Imola and Monza.

The planes traditionally fly over the main straight of the Autodromo Nazionale Monza releasing green, white and red smoke to paint the sky in the colours of the Italian national flag. 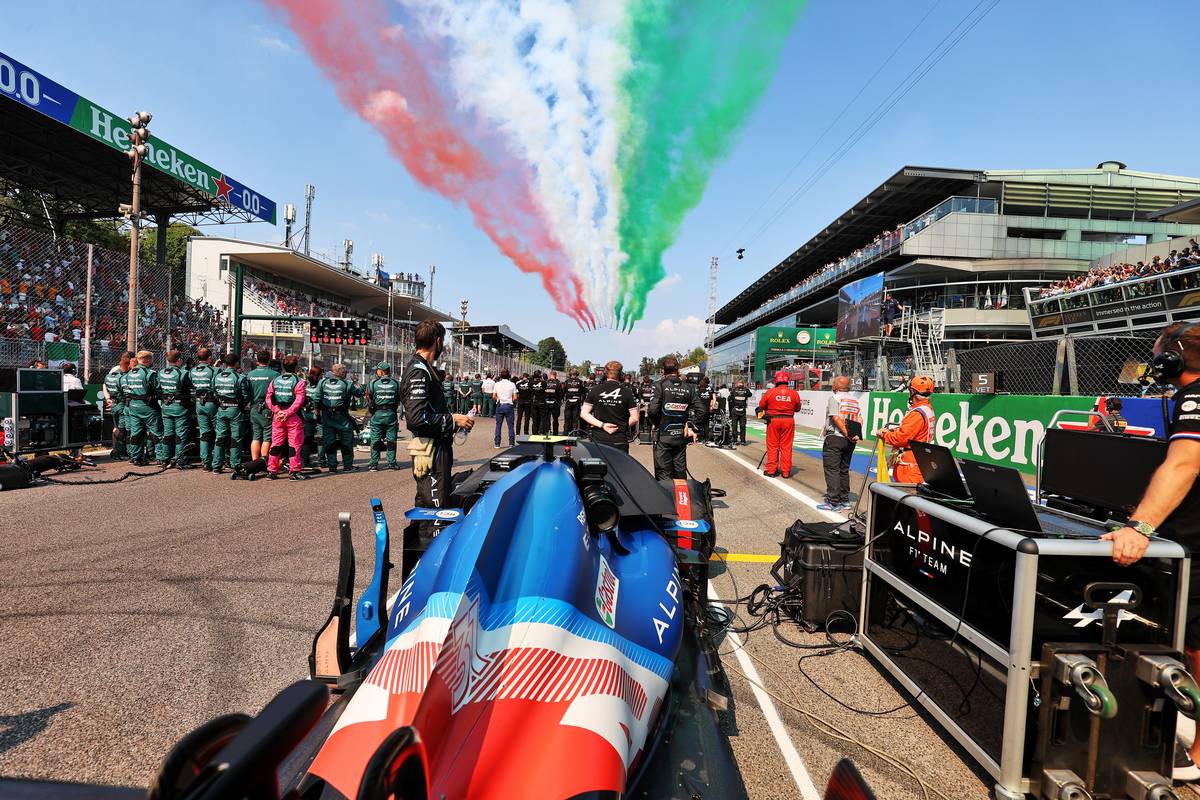 The President of the Automobile Club Milano, Geronimo La Russa, has called on Formula 1 bosses to work with them to find a solution to the ban and allow the flyovers there to continue.

“I hope that the intention to eliminate the display of the Frecce Tricolori at the Formula 1 Italian Grand Prix will be reversed," he told Italian news publication ANSA Lombardy.

He said that he hoped a "solution will be found so that spectators are not deprived of what is to all intents and purposes a spectacle within a spectacle, as well as a strong reminder of national identity.

“It is only right that environmental sustainability should also be one of its objectives," he acknowledged.

"But I still believe that the Frecce Tricolori ‘parade’ is a winning component, an added value that is appreciated by everyone.”

He added that Formula 1 could "count on a strong [local] management team of the highest calibre" that is "already working in a positive and innovative manner" on environmental issues.

Last year's Dutch Grand Prix earned plaudits from green campaigners with cars banned from the beach-side circuit at Zandvoort and fans either cycling or taking the train to reach the venue.