Ferrari has revealed its 2022 contender – the F1-75 – that celebrates the Italian manufacturer's 75 years of existence and will hopefully return the Scuderia to the winner's circle.

The new livery also highlights the conspicuous but expected absence of branding from Philip Morris International or Mission Winnow.

The F1-75's overall concept, overseen by David Sanchez with the help of chassis engineers Enrico Cardile and Fabio Montecchi, features a pushrod suspension at the front and pull rod at the rear, a slim nose with a low tip and a centre loaded wing, and what appear to be flatter sculpted sidepods compared to the 2022 designs of Aston Martin and McLaren.

"We have tackled the challenge of this project with an innovative approach," said Scuderia boss Mattia Binotto who was joined during the presentation by drivers Carlos Sainz and Charles Leclerc.

"Because apart from the requirements of the completely new technical regulations we believe that we had to take on this exercise with an open mind.

"It called on all our know-how our creativity and above all our commitment. This is what I would call a brave Ferrari because we have interpreted the rules thinking outside the box." 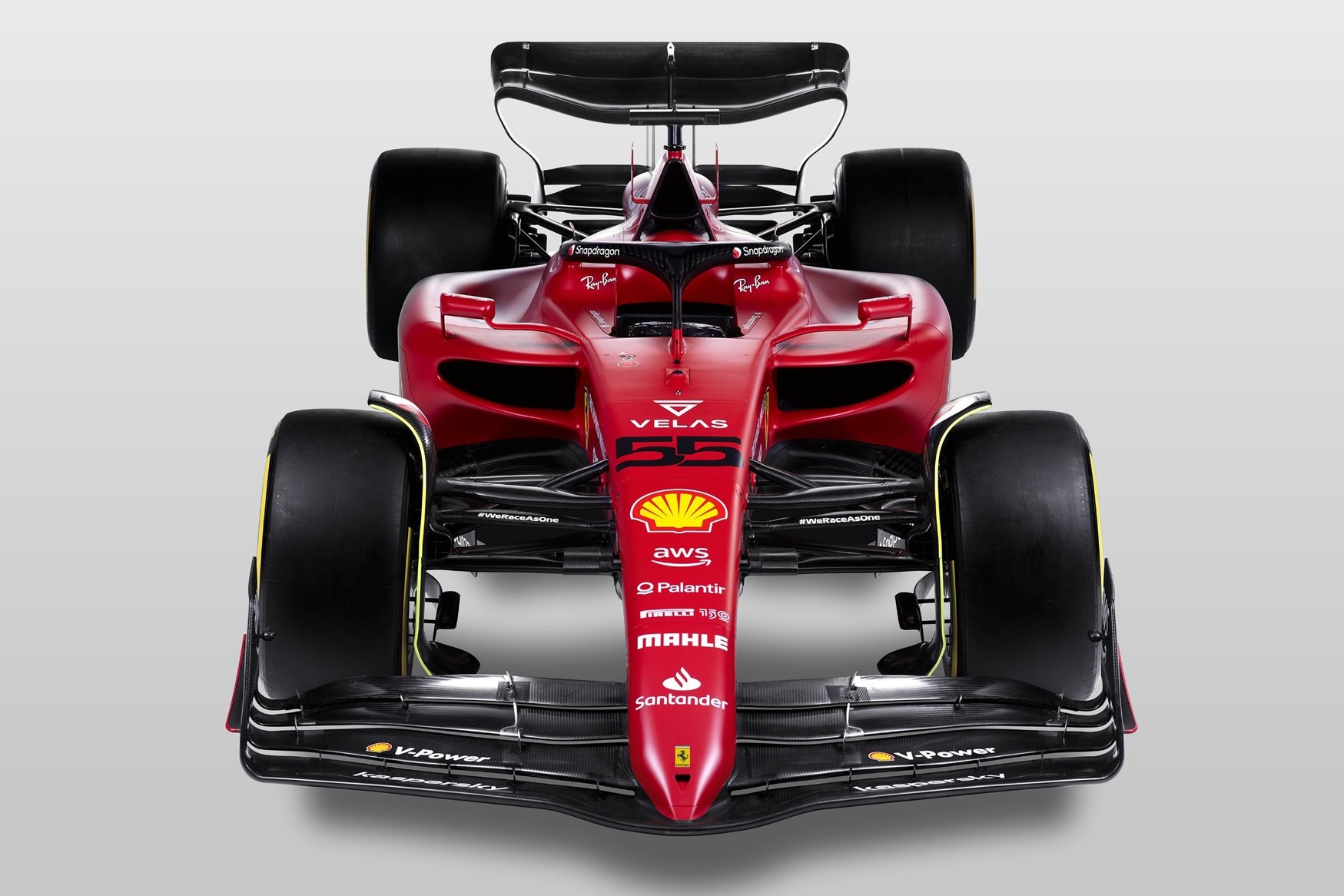 Last year, Ferrari bounced back from a dismal 2020 campaign to finish third in the Constructors' championship, scoring one pole position and four podiums.

Ferrari's last win in Formula 1 dates back to Sebastian Vettel's victory in the 2019 Singapore Grand Prix.

"We know that expectations are high and that, in recent years, the results have not lived up to what is expected of the Ferrari name," added Binotto.

"We went in a new direction back in 2019 and even if there have been some difficult moments along the way, it has delivered a stronger and more unified team and this car is the perfect expression of all our efforts.

"Now is the time to go up against the competition. That’s the best challenge and it’s what makes it more enthralling. I’d like the F1-75 to be up for the fight on track at every grand prix to go toe-to-toe with our rivals, aiming to be the very best.

"We have a responsibility to our company and to our partners, but most of all I’d like this car to be able to perform in such a way that our fans can once again be proud of Ferrari."

Button serves up his predictions for 2022 F1 season

Masi out as race director as FIA shakes-up officiating!