Nico Hulkenberg says he enjoyed a "promising" first day in Bahrain behind the wheel of Aston Martin's AMR22, but admits to being surprised by how different the new-spec car is to F1's previous generation machines.

Hulkenberg was called upon at the eleventh hour by Aston Martin following Sebastian Vettel testing positive for Covid.

The German driver last raced in F1 – with the Silverstone-based team - in October 2020 at the Eifel Grand Prix and expected beforehand to be dealt a few challenges, including on the physical side.

"Physically, for sure, the driving fitness is not there," he said on Friday morning ahead of his first practice session with Aston. 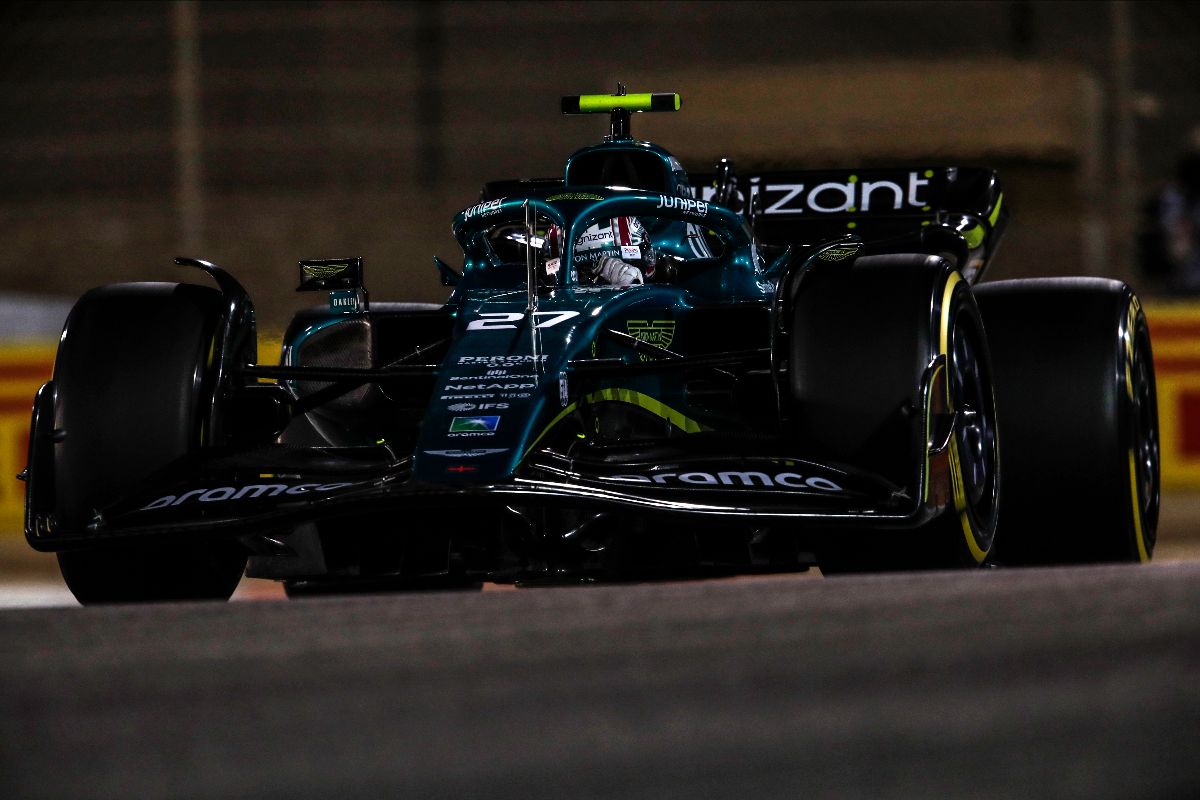 "For me, it’s just about getting into the car, getting up to speed with it and getting a good feel.

"For sure the body is going to be sore too, but just to be back in a Formula 1 car, they’re the fastest cars in the world, it’s exciting of course."

Several hours and two practice sessions later, the Hulk took stock of his day which saw him conclude FP1 in 14th position and FP2 in 17th place, just over a tenth behind his Aston teammate Lance Stroll.

"I think today was promising for me: it was all about getting up to speed with the car," he commented.

"I spoke to Sebastian yesterday and he gave me his feedback and insight, so it is always good to have that preparation before jumping into the car.

"However, I was surprised by how different it was, the feel of the tyre, in particular, and the braking process."

Solid reliability delivered a clean day to Hulkenberg who was able to improve with each run.

"I am happy with my feeling in the car, though, and how I was able to build on every run to feel more and more comfortable," he added.

"There is always room for more and we will keep working to make progress. This weekend will be a good challenge and I will enjoy every lap in the car."