Lewis Hamilton admitted that Mercedes' apparent issues are very real and not a case of the team 'sandbagging', after struggling in today's free practice for the first Grand Prix of 2022 in Bahrain.

"As you can see we are a long way off," he said on Friday. "We are not bluffing like people assumed we were."

Hamilton was only ninth fastest on Friday evening, slower than his former team mate Valtteri Bottas who moved to Alfa Romeo over the winter, and sandwiched between Haas pair Mick Schumacher and Kevin Magnussen in the timesheets.

On the plus side, Hamilton's new team mate George Russell was a more promising fourth quickest behind Max Verstappen, Charles Leclerc and Carlos Sainz. But that still puts Mercedes some way out of contention going into the weekend.

“We’ve had small problems in the past, relatively compared to this year,” Hamilton told Formula 1 in an interview after the end of practice. “We’ve had much, much smaller problems.

"We are faced with much, much bigger problems this year, and everything we do to try and kind of fix it doesn’t really change that," he acknowledged. “It appears it will be a more longer-term fix. Nothing in the short term.

“I’m just realistic. We won’t be in the race for a win here. If you look at Red Bull they are a long way ahead, in the region of eight or nine tenths ahead of us.

"And Ferrari are something like five or six tenths ahead of us, so we are fighting and scrapping with whoever is behind them." 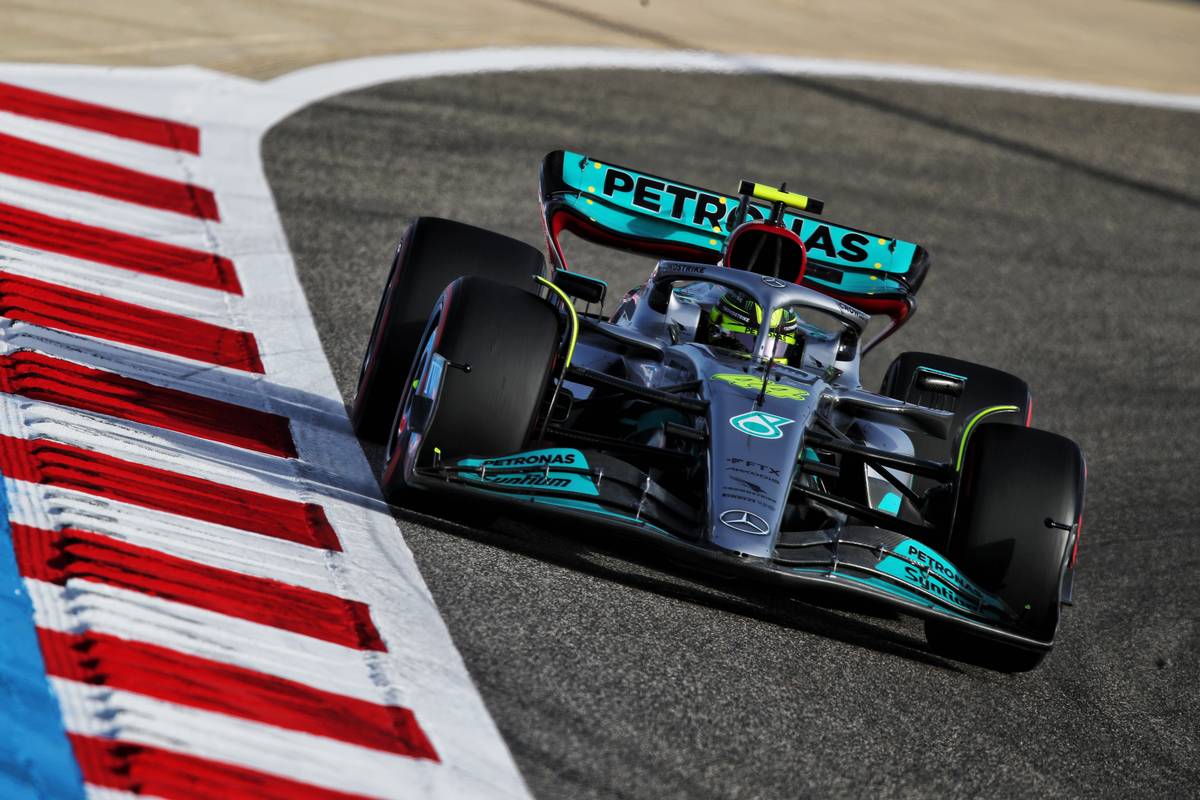 The W13 appeared badly compromised by 'porpoising', a result of the reintroduction of ground effect downforce in 2022. In this evening's session, Hamilton also suffered problems with his front brakes as well as a malfunctioning DRS.

“Basically my front two [brake] discs, the left one was a much lower temperature and the right one would come up and I couldn’t get the balance,” he explained. “Basically it was a bit glazed, the left one maybe.

"When hitting the brakes, the right one’s working, just pulling the steering down because the right one’s doing the work and the left one’s not," he continued. "It meant you didn’t get the laps and it wasn’t great, but it’s not a major issue. The braking thing is something we can fix, so it’s not a concern.

“It’s more the balance and this bouncing we have and the loss of downforce we generally have compared to others is making it much, much harder out there.”

“We can’t really do anything. This is the car. I can try and improve the set-up but that’s not the issue," he shrugged. "We will work as hard as we can through it and do what we can."