A fantastic final lap from Charles Leclerc meant that Ferrari secured the first pole position of 2022 from Max Verstappen and Carlos Sainz.

Leclerc's time of 1:30.558s was 0.123s quicker than the Red Bull, while Sainz was just a further six thousandths away from making it a Ferrari front row lock-out.

Lewis Hamilton could only manage fifth place on the grid for tomorrow's race - just ahead of his former team mate Valtteri Bottas, now at Alfa Romeo - and was almost seven tenths slower than Leclerc.

McLaren continued to suffer, with Daniel Ricciardo missing the cut at the end of Q1 along with both Aston Martins. Williams' Nicholas Latifi was slowest of all but team mate Alex Albon made it into Q2 and will start tomorrow's race in 14th.

The sun might have already been setting over Bahrain International Circuit, but it was actually time for a fresh dawn for Formula 1 as it headed into a brand new season. New-look cars resulting from a comprehensive overhaul of rules and regulations promised to provide the biggest shake-up to the sport in recent years. While there had been hours of testing and practice up to now, only with qualifying would we know for sure how everyone stood with all pretence and suggestions of 'sandbagging' finally dispensed with. 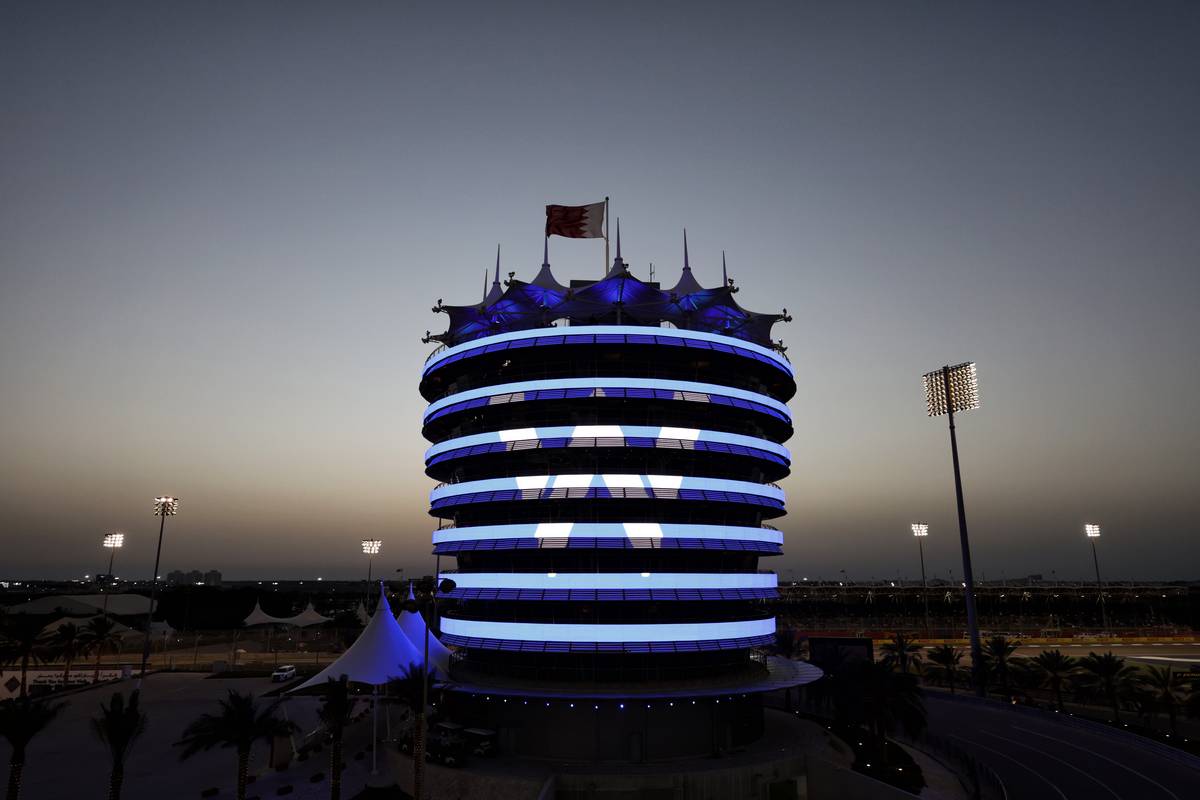 Q1: Ferrari quickest as Ricciardo and both Astons miss out

First out on track to try their luck were AlphaTauri's Pierre Gasly and Yuki Tsunoda joining Williams pair Nicholas Latifi and Alex Albon out into the surprisingly cool (for the desert) early evening air, while the rest of the cars held back on pit lane for a time before McLaren duo Lando Norris and Daniel Ricciardo also stirred.

Gasly set the initial benchmark with a time of 1:33.016s half a second quicker on the soft compound than Tsunoda, while the Williams cars returned to the pits after sighting laps on the mediums. Norris then slotted into second between the two AlphaTauris, with Ricciardo proving slightly slower than Tsunoda.

By now the big beasts were stirring and Max Verstappen was on the prowl, the Red Bull going more than a second quicker to take the top spot with 1:31.909s. His team mate Sergio Perez took second but ran wide in the process leaving him almost half a second slower than the Dutch driver. That gave Alfa Romeo's Valtteri Bottas and Haas returnee Kevin Magnussen a gap to slot into between the Bulls in second and third respectively. 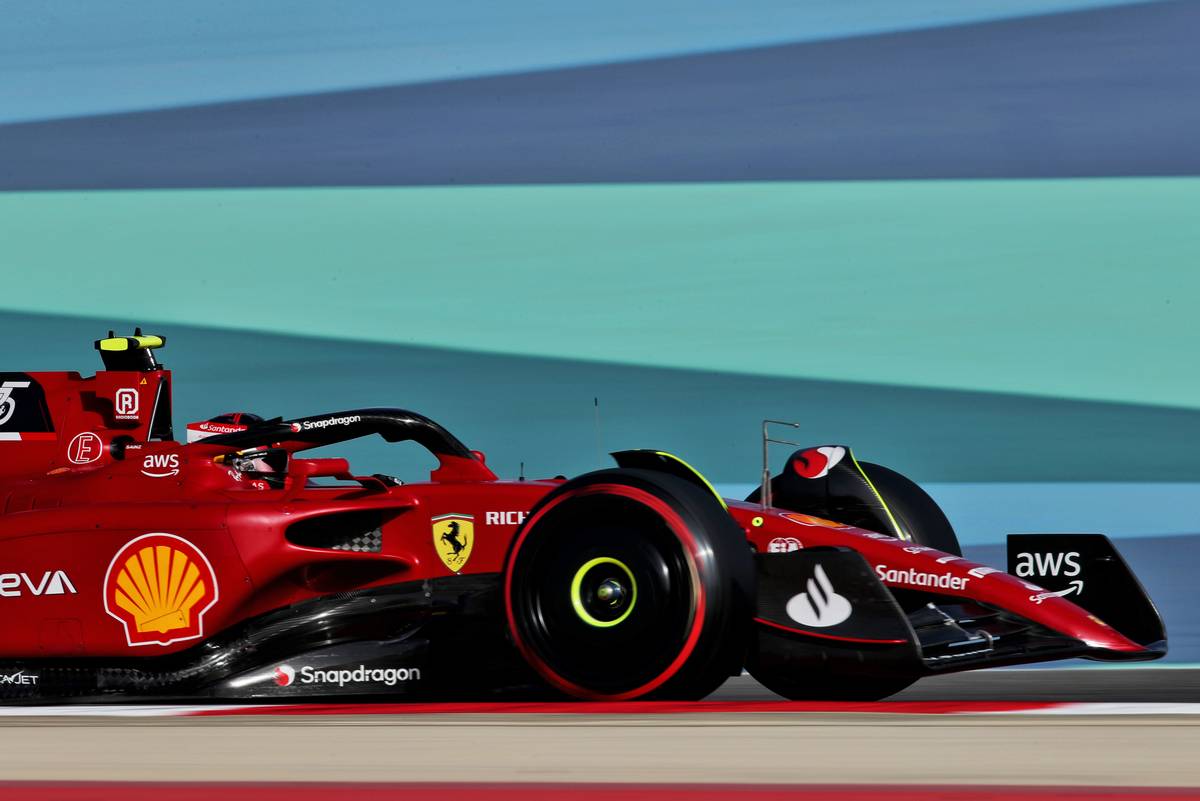 Next up to bat was Ferrari's Charles Leclerc, who punched in a time of 1:31.471s to take the lead from Verstappen. Moments later, Carlos Sainz was less than a tenth off his team mate to take up residence in second. Last to set representative times were the Mercedes drivers, with Lewis Hamilton in fifth behind his former team mate Bottas despite getting a hint of a tow from George Russell, who went on to make his own bow in tenth just behind Perez.

The first runs confirmed that Latifi was stuck at the bottom and all-but certain to miss the cut at the end of Q1, along with Tsunoda and Ricciardo. Also looking off the boil were the Aston Martins of Lance Stroll and Nico Hulkenberg (subbing at short notice for the COVID-hit Sebastian Vettel this week). On the bubble and at risk of being overhauled in the remainder of the session were Albon and Norris.

The top three saw no need to run again, but everyone else did. The order at the top remained essentially unchanged, Norris swiftly improving to safety in eighth and Russell moving ahead of Hamilton in ninth. However Ricciardo was unable to follow his McLaren team mate's example and failed to climb out of the bottom five with his own run. Also unable to find the pace needed were Tsunoda, Hulkenberg, Stroll and Latifi, while Albon did manage to squeak through to Q2 in 15th. 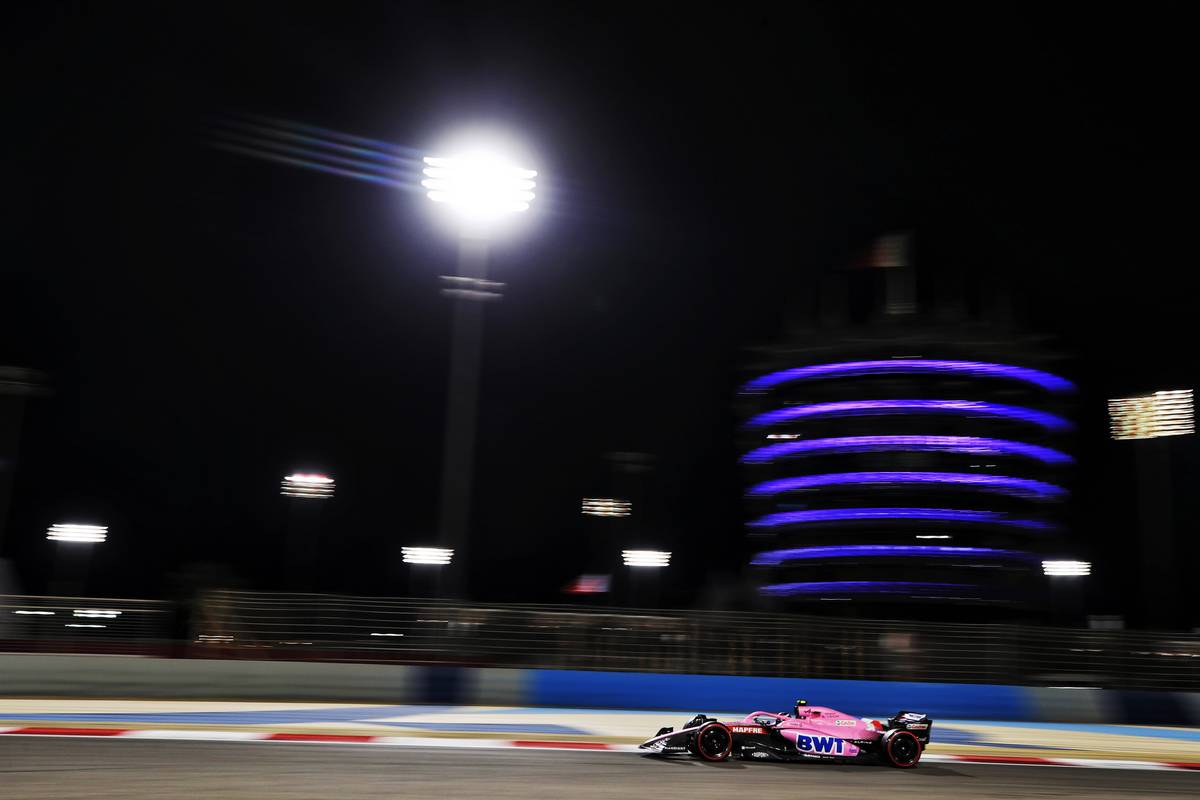 With the rules about tyre use in Q2 determining the compound used for the start of Sunday's race no longer in effect, softs continued ot be the order of the day. It was Albon who was first into motion when the session resumed for Q2, but it was just another 'sighter' lap for the Williams that was completed without setting a time.

Instead, that honour went to Magnussen with a lap of 1:31.461s despite suffering a hydraulics issue on the Haas in the process. However his sandcastle was immediately kicked over by Verstappen's 1:30.757s which was six tenths quicker than Perez, and a time that proved too hot for anyone else to handle for the rest of the round.

Leclerc struggled in the first sector but was still able to capture second place albeit only a whisker quicker than Perez, while Sainz was actually slower than Magnussen. The two Mercedes drivers had reasonable runs to pick up fifth and sixth for Hamilton and Russell respectively, but they were still seven tenths off Verstappen. Also provisionally in the top ten were Alpine pair Esteban Ocon and Fernando Alonso, along with Bottas. That left Schumacher, Norris and Gasly with work to do if they wanted in on Q3.

Leclerc closed the gap to Verstappen with his next lap, but Sainz had an even better run and went into second, only three hundredths behind Verstappen. Hamilton also improved to within three tenths of Verstappen's time with Red Bull opting out of making a second run. Further back, a number of better laps saw Gasly elbow his way into the top ten while Ocon was pushed out meaning that the Frenchman now joined Schumacher, Norris, Albon and Alfa Romeo rookie Guanyu Zhou on the sidelines for the rest of the evening. 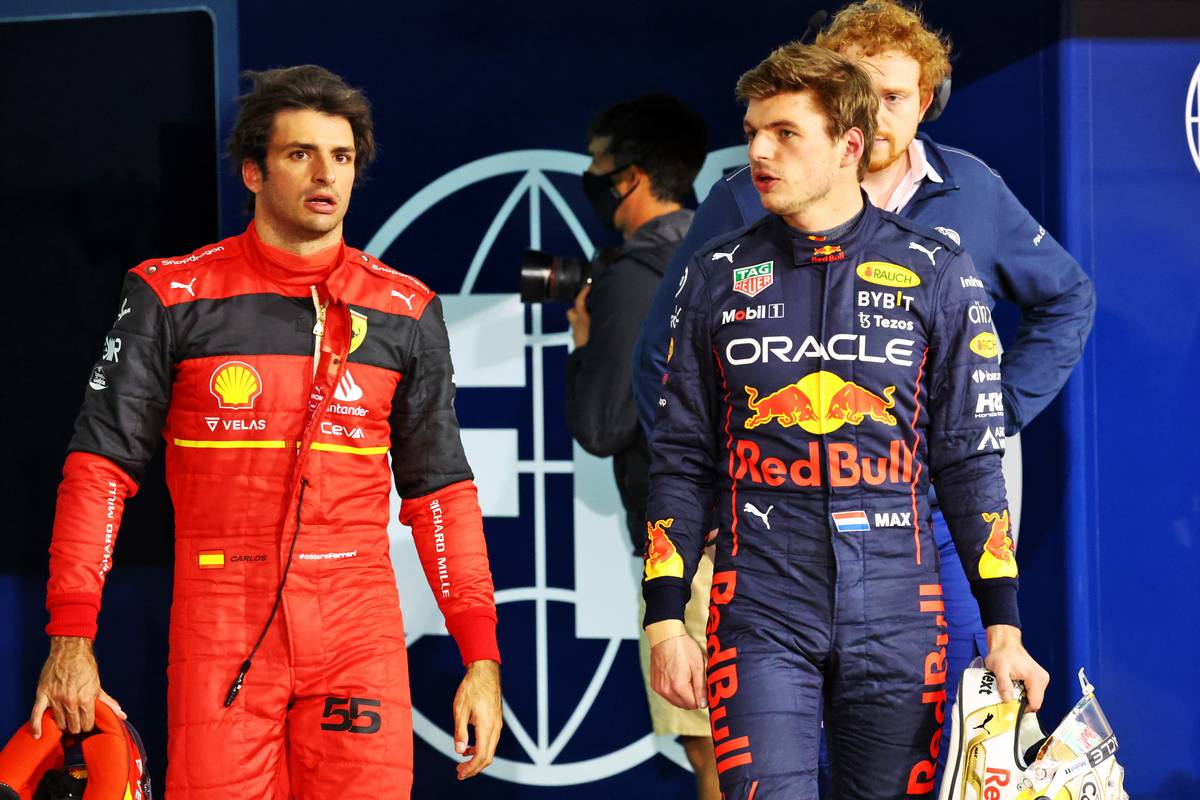 Q3: Leclerc snatches pole, Verstappen has to settle for second

Russell and Hamilton were the first to take to the track when the lights at the end of pit lane went green to signify the start of the final top ten pole shoot-out round. The Ferraris were also quick to head out and it was soon clear that the initial battle for pole was between this pair, Sainz taking first blood with a time of 1:30.687s putting him just 0.044s quicker than Leclerc.

Surprisingly Verstappen was a whisker slower in third followed by Perez, but Hamilton and Russell were a second and half off the pace of the frontrunners. Even so, they were able to settle into fifth and sixth ahead of Gasly. Magnussen, Alonso and Bottas all held back for now, having opted to make just a single run toward the end of the session.

Russell was out first but went too deep into turn 1, meaning there was no hope of improving his earlier time and leaving it all on Hamilton's shoulders. Despite gaining a second, the seven-time world champion was still stuck in fifth place by the time he crossed the line, with Bottas having moved into sixth behind him.

Sainz was still looking fast, but it seemed inevitable that Verstappen would find that extra bit to claim pole. Except that once the desert dust settled, it was Charles Leclerc who had succeeded in claiming the first pole position of the 2022 world championship. Verstappen had to settle for second ahead of Sainz, Perez and Hamilton followed by Bottas, Magnussen, Alonso, Russell and Gasly.

Leclerc: "Good surprise" to be quicker than Red Bull