Alfa Romeo's Valtteri Bottas will line up on Sunday's Bahrain Grand Prix grid alongside a familiar face after qualifying an impressive sixth for the F1's first race of the 2022 season.

After Alfa's troubled pre-season tests marked by reliability issues, Bottas and his team achieved more than they bargained for on Saturday evening at Sakhir, having laid the foundations of a good qualifying earlier in the day in the afternoon's final practice session.

When all was said and done, the Finn was happy with his performance and definitely "cool" with the prospect of starting his race alongside his former Mercedes teammate Lewis Hamilton.

And for good measure, Bottas sent Toto Wolff a message after the session saying that he is looking forward to racing the Brackley squad's cars on Sunday!

"He sent me a WhatsApp that said ‘look forward to racing you guys tomorrow’," Wolff confired.

"I’m happy for him, for Valtteri, that he has made the move to Alfa, and he’s the lead driver. As far as I understand, he’s bringing his great personality to the team, and he’s energising the team." 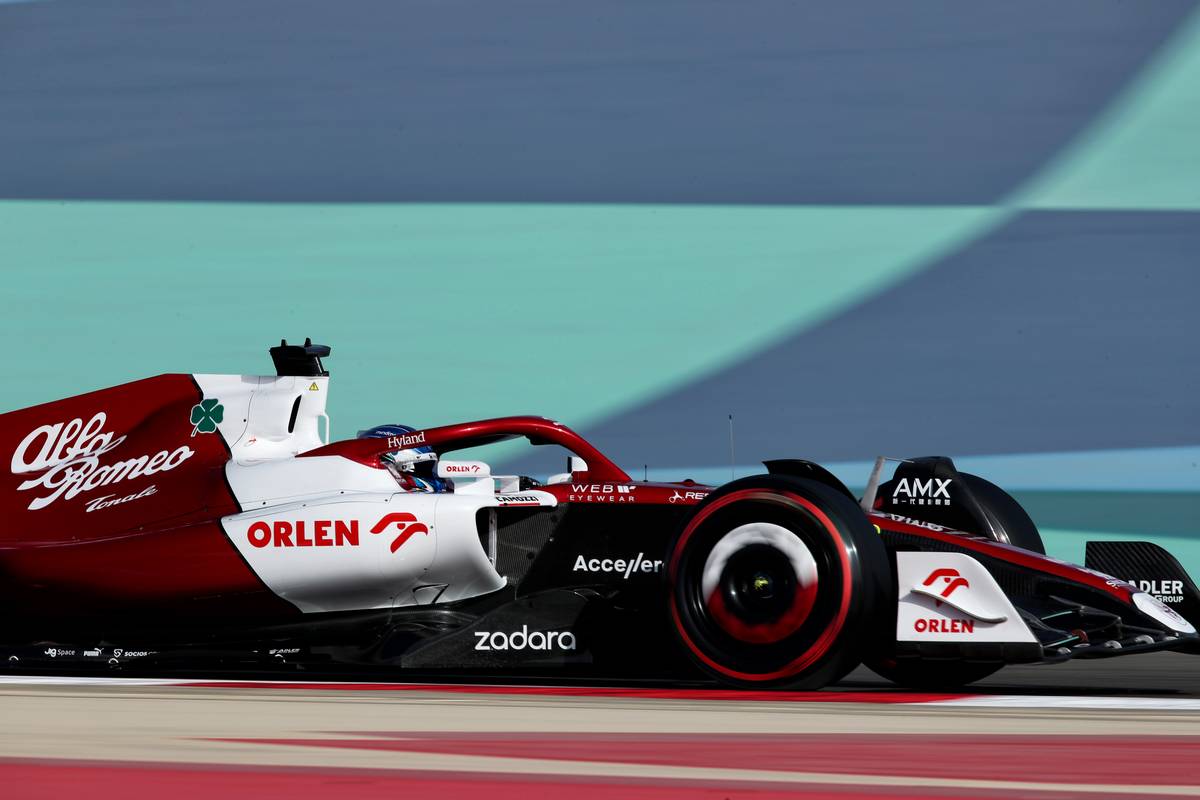 In parc fermé after the session, Hamilton gave Bottas an enthusiastic thumbs up.

"We're starting side by side, it’s pretty cool," said the Finn. "I just saw him and we were both smiling. It should be fun.

"If somebody had told me in Bahrain we’re going to be starting side by side with Lewis, I’d take it.

"But yeah, this is the beginning, the starting point for our journey. Now we need to make sure we’re looking ahead and trying to look forward rather than backwards. So it’s exciting."

Bottas' performance marked a turnaround for Alfa Romeo which had grown accustomed in the last two seasons - against its will - to seeing its cars line up at the low end of the grid on Sundays.

"It is the first session that we would find out where we actually are," added the 34-year-old.

"Yes, it makes me happy. It gives me a lot of hope - instead, if I would have finished P18, it would have been a slightly bigger mountain to climb.

"It’s still a mountain, but it’s not Mount Everest any more."

Beyond Bottas' accomplishment with Alfa, the Finn also extended his incredible run of 101 consecutive Q3 appearances. Reaching 102 in Bahrain provided him with a strong incentive on Saturday.

Sainz 'quite happy' despite missing out on front row