Carlos Sainz looked on course to take pole position for Sunday's Saudi Arabian GP after topping the times in both of the two opening rounds of qualifying at the Jeddah Corniche Circuit on Saturday evening.

Sainz was less than a tenth of a second quicker than Red Bull's Max Verstappen at the end of Q1, and then enjoyed a similar advantage over his own team mate Charles Leclerc in Q2.

But he couldn't repeat that in the final top ten pole shoot-out round and was slower than Leclerc when the chequered flag finally came out - and both were then pipped to pole by Sergio Perez in the second Red Bull.

"The lap for P3 was pretty good," Sainz insisted, talking to the media in parc ferme after the end of a dramatic qualifying session.

As well as Lewis Hamilton missing the cut at the end of the first round, there had been two red flags due to big accidents for Nicholas Latifi and Mick Schumacher.

"It was on a used tyre," he pointed out. "The used tyre, for some reason this weekend, is giving me a better feeling.

"The new tyre, for me, is very tricky to handle, and when I went to new [tyres] for the last run of Q3 I just didn't have any rear grip and I struggled. 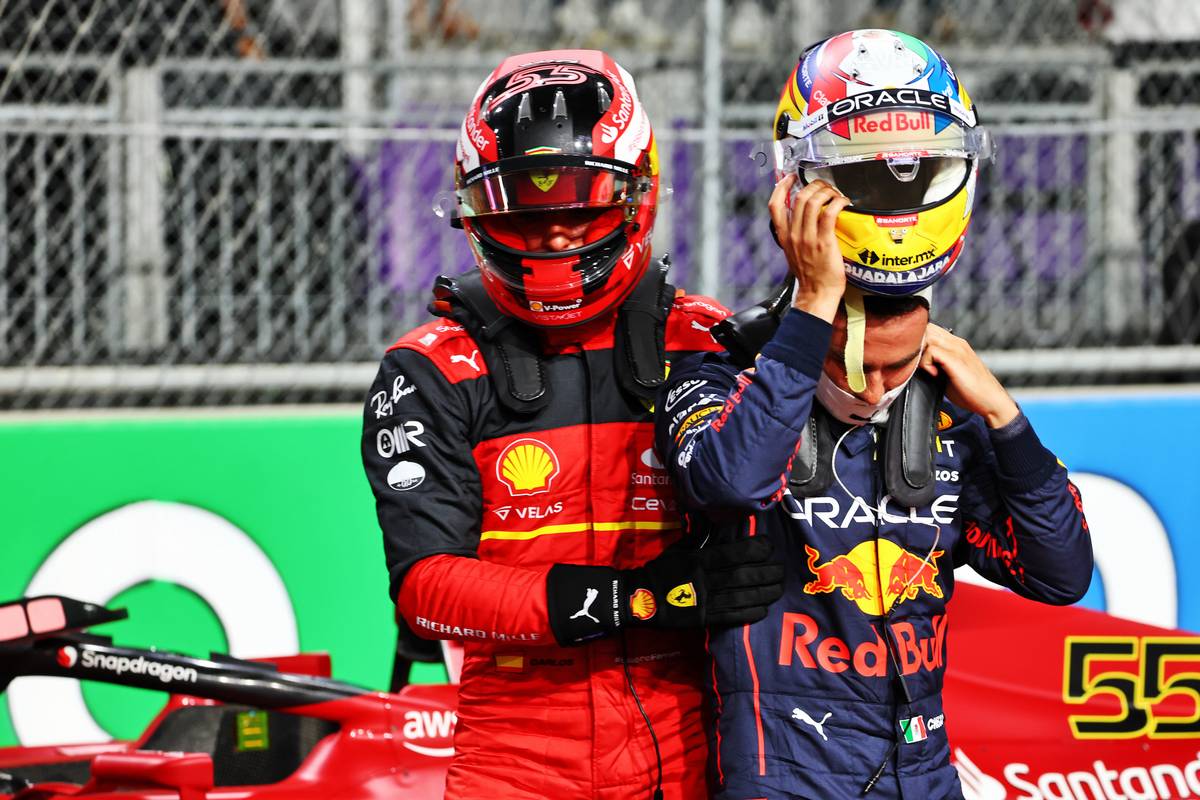 "For a used tyre it wasn't that bad," he said. "Checo and Charles pipped me by a little, but it's still okay."

Sainz will line up in third place on the grid, putting him alongside Verstappen on the second row. Sainz was looking forward to seeing what he could do when the lights go out on Sunday.

""It's going to be exciting," he ventured. "All four cars are mixed up between the Ferrari and the Red Bull.

"I think we will play around with each other, with strategy and passes, which should be an exciting race."

Verstappen thrown off by 'terrible' set of tyres in Q3