After a session that had been largely dominated by Ferrari drivers Charles Leclerc and Carlos Sainz up to that point, Perez was able to punch in a lap of 1:28.200s to steal pole position for Red Bull.

His team mate, reigning world champion Max Verstappen, couldn't find the pace to match him and will start from fourth on the grid in tomorrow's race.

"What a lap, man, it was unbelievable," said a ecstatic Perez when he returned to parc ferme after the end of the session. "I can do a thousand laps and I don't think I can beat that lap. It was unbelievable."

Perez said that the team had more or less conceded pole to Ferrari by the time he put in that final lap and ripped up the narrative.

"We were not really expecting too much with the Ferraris in qualifying," he admitted. "We were focusing mainly on the race. Hopefully we'll get them tomorrow!"

The achievement means that Perez is the first Mexican driver to win a pole position in the history of Formula 1.

No one was more delighted than Red Bull team principal Christian Horner: "It was a phenomenal performance from him and I'm just so, so happy for him," he told Sky Sports F1. 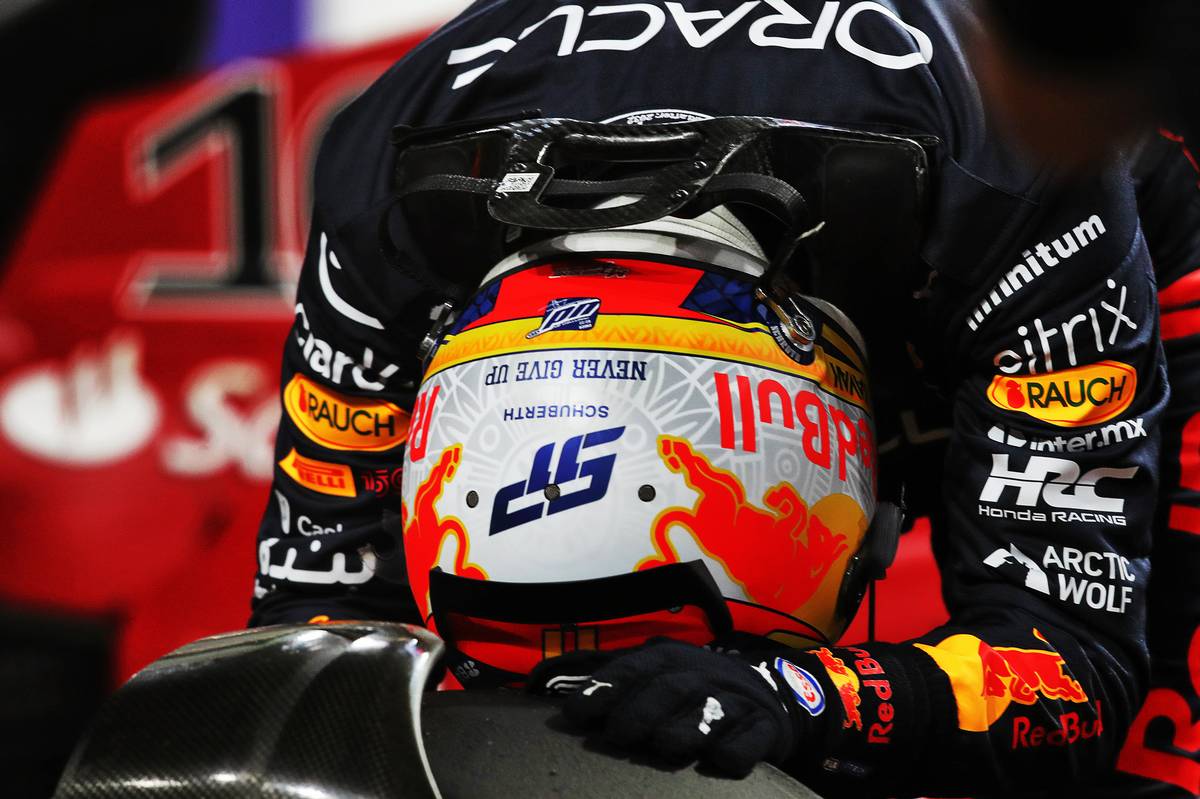 "Saturdays I think by his own admission have never been the strongest part of his armoury," he continued. "He's always come alive on race day. So to deliver that kind of performance, at this circuit, that's great for him.

"He's worked incredibly hard and I think the car this year is more suited to his style," he explained. "It's not quite as quirky as last year's car, and he's done a great job.

"It will do his confidence a world of good and we just need to convert that into a great result tomorrow." he added. "Whatever he had for lunch, breakfast and dinner last night, we're going to give him the same tomorrow!"

Leclerc 'didn't expect Perez to come up with faster lap'