Charles Leclerc topped the timesheet in Friday's single practice session at Imola, the Ferrari charger edging teammate Carlos Sainz by 0.877s in the tricky conditions that prevailed at the Scuderia's home turf.

Leclerc, like many others, suffered several harmless off-track excursions during the wet session which improved enough for drivers to rely on Pirelli's intermediate tyre to set their fastest times.

In the Mercedes camp, George Russell and Lewis Hamilton struggled in the difficult conditions, the pair ending FP1 respectively P10 and P17.

F1 folks converged to a wet paddock at Imola on Friday morning, with the rain belting down to the point where the practice sessions for the FIA F3 and F3 Championships were called off.

Umbrellas were therefore in full force in the stands when FP1 kicked off. But with just a single practice session before this afternoon's qualifying, teams and drivers needed to make the most of the 60-minute workout.

Ahead of the day's work, Ferrari made a precautionary engine change on Carlos Sainz's F1-75, while Alpine's Esteban Ocon was also the recipient of a new power unit, his second.

Alfa Romeo's Valtteri Bottas was the first driver to brave the elements, with Haas' Schumacher and Magnussen following in the Finn's wake.

Although the persistent drizzle didn't let up, the traffic gradually swell, but off-track excursions were the norm as everyone tested the waters. 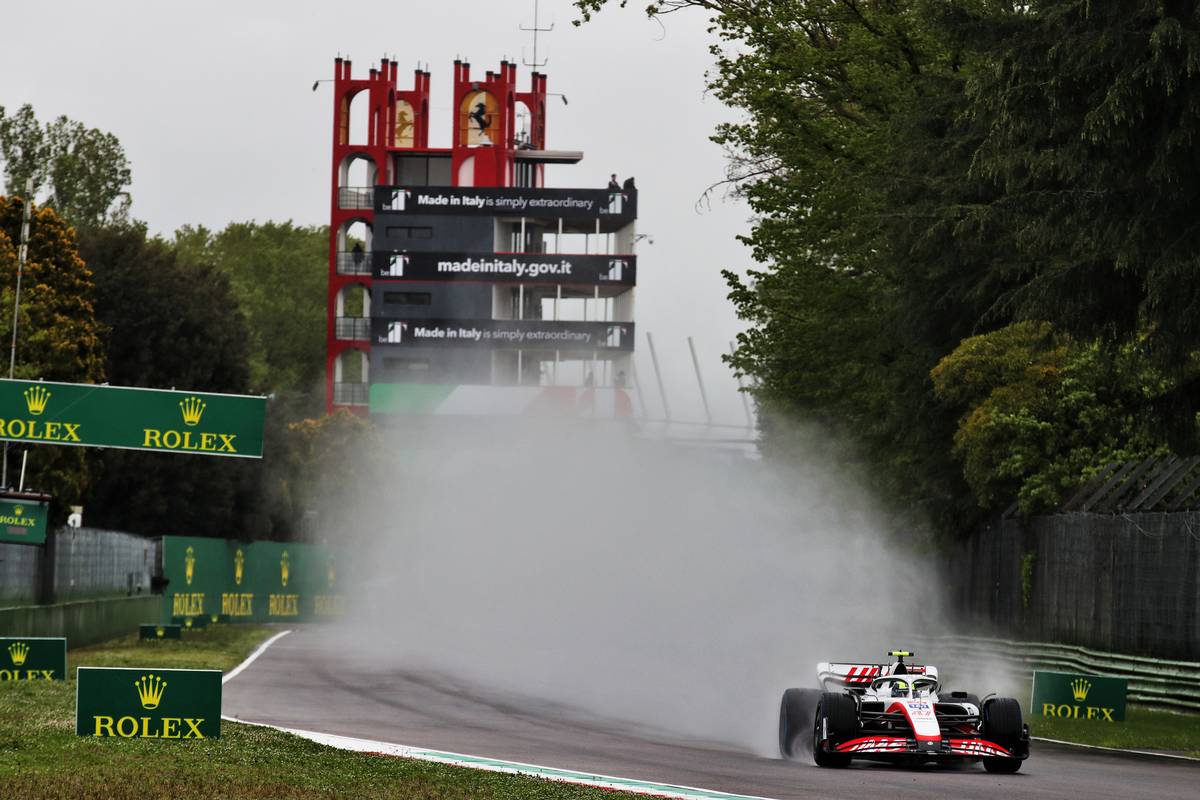 Times nevertheless came down and after several permutations at the top the timesheet, Leclerc punched in a 1m35.629s, the Monegasque following up his fastest lap with a harmless spin at Acque Minerali.

As drivers continued to slip and slide, Sergio Perez went fastest with a 1m35.476s.

Over at Aston Martin, Sebastian Vettel dared bolt on a set of Intermediates and the German put his tyres to good use as he clocked in fourth behind Perez, Leclerc and Sainz.

The inters status as the fastest tyre was further validated by Lando Norris who went second fastest, while Sainz and Leclerc followed suit to go almost three seconds faster than the McLaren driver, a deficit obviously produced by the precarious track conditions.

As the session entered its final 15 minutes, Mercedes chargers Lewis Hamilton and George Russell were sailing outside the top ten. 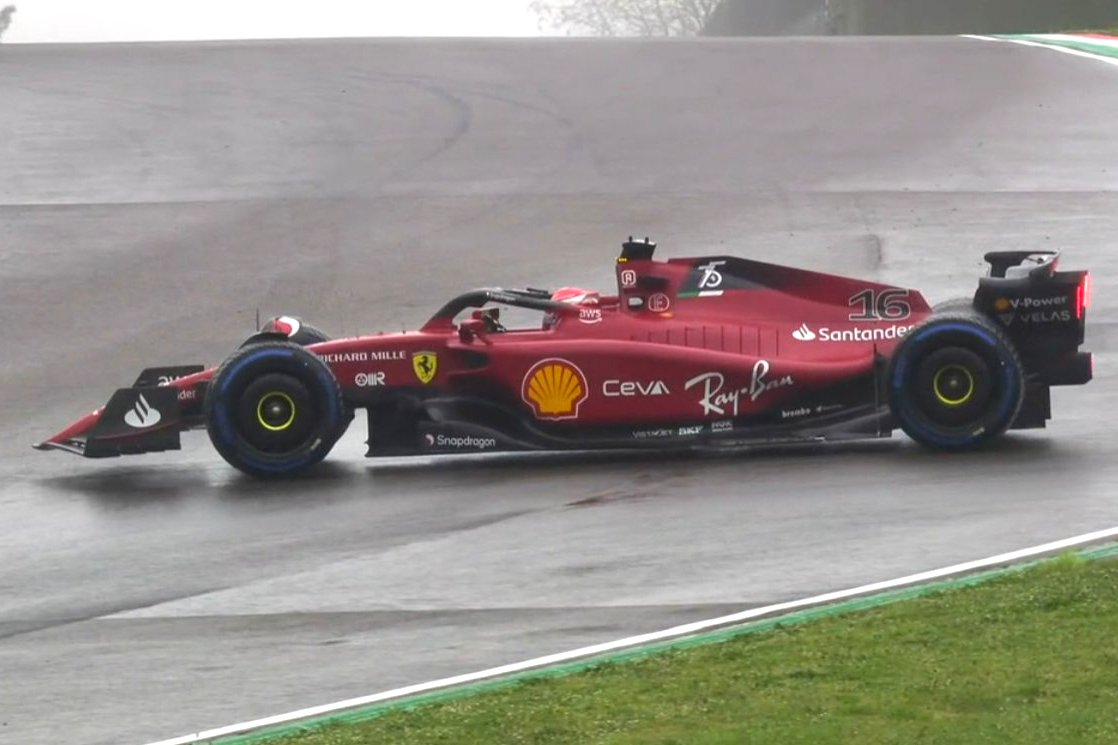 Meanwhile, Verstappen moved up to P3, but 1.3s adrift of Sainz who continued to bring the times down into the 1m30s.

It was Leclerc however who smashed first through the 1m30 barrier and who would remain at the top of the time screens as the session unfolded.

A spin and visit to the gravel trap by Norris brought out a brief red flag but positions remained unchanged during the final few minutes.

Leclerc, Sainz and Verstappen thus topped the opening workout while skilled efforts by Magnussen and Schumacher earned the Haas pair a spot among the top five.

The tricky session left both McLaren drivers – Norris and Daniel Ricciardo – a lowly P14 and P15, but that was still better than Hamilton's depressed P17 performance which didn't augur well for Mercedes' qualifying prospects.