Pole sitter Max Verstappen might have lost the lead to Charles Leclerc going into the first corner of Saturday's sprint race in Imola, but he played the long game to snatch it back two laps from the finish and hold on to the top spot on the grid for tomorrow's Emilia Romagna Grand Prix.

Sergio Perez put a disappointing qualifying session behind him to race his way up to third ahead of Carlos Sainz, with McLaren pair Lando Norris and Daniel Ricciardo having to settle for firth and sixth.

There was only one retirement during the 21-lap sprint, with Alfa Romeo's Guanyu Zhou clashing with AlphaTauri's Pierre Gasly on the opening lap to bring out the safety car.

The blue skies and warm sunshine that had greeted the teams and drivers for final practice at lunchtime on Saturday had since been overrun by significantly more overcast conditions, with drivers even reporting isolated spots of rain as they left pit lane and headed to the grid ready for the first of this season's three sprint races. Friday's inclement conditions had helped Red Bull's Max Verstappen take pole position from Ferrari's Charles Leclerc, with Lando Norris in third despite missing virtually all of FP2 with a brake issue on the McLaren, giving Haas Kevin Magnussen great expectations of taking advantage starting alongside him in fourth.

The big question was what tyres the drivers would choose for the 21-lap race. It had been assumed that the medium compound would be the popular choice, but the dry weather running earlier in the day convinced most teams that the soft tyres would be able to last the distance, and they were duly the choice of almost everyone save for the two Haas cars and for Nicholas Latifi in the Williams, all of whom had opted for the mediums.

When the lights went out, it was Leclerc who took first blood with a brilliant attacking move on Verstappen into the first corner that gave the Monegasque the lead. Despite suffering from wheel spin, Verstappen managed to hold on to second after preventing Norris from following Leclerc's example, while Magnussen stayed in fourth ahead of a ferocious start down the inside for Sergio Perez in the second Red Bull. Daniel Ricciardo was fifth ahead of Fernando Alonso, who had struggled to get off the grid on the formation lap but who now appeared to have no lasting issues. 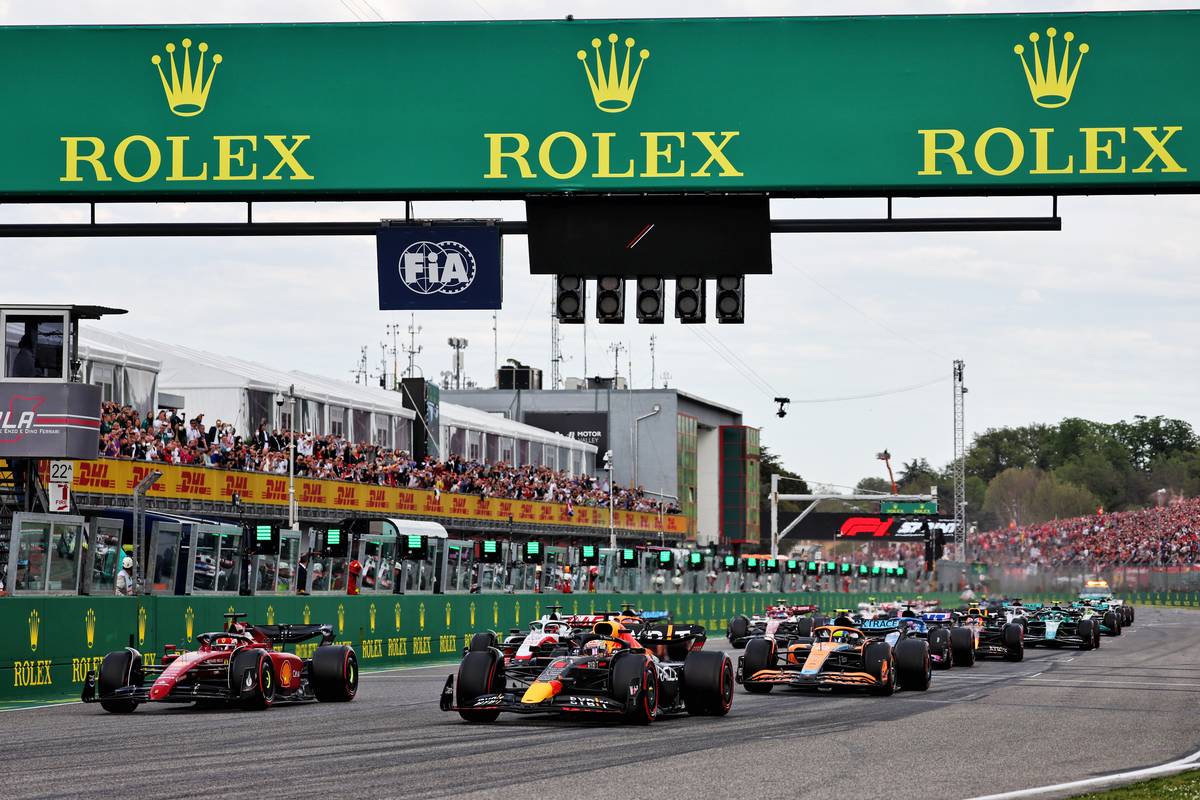 The race had barely begun when a safety car was scrambled after Alfa Romeo's Guanyu Zhou clashed with Pierre Gasly in turn 9 leaving him in the wall, while the AlphaTauri headed back to pit lane with a front right puncture needing attention from the pit crew.

The race resumed on lap 5 with Leclerc managing a decent restart to retain the lead. The top six all kept their position, but a sharp snap going into Tamburello meant Alonso's hopes of attacking Ricciardo were dashed. Now he needed to focus on fending off Carlos Sainz, but he managed to do so for only a single lap before the Ferrari swept past at the same spot despite DRS not yet having been enabled. By the time it was, Perez was perfectly placed to utilise it in a textbook pass of Magnussen on lap 8. Bottas had a similarly easy time passing Vettel, the Aston Martin not showing the same pace in the dry as it had in yesterday's wet conditions.

Leclerc remained tantalisingly out of DRS range of Verstappen, and with half the race done the pair had pulled away from Norris who soon fell to an attack from Perez on the start/finish straight. Further back, Sainz was also continuing to make progress with a DRS-boosted pass on Magnussen for P6 on lap 12, and two laps later he went on to claim the scalp of Ricciardo. He then set his sights on Norris to crack the top four, but the McLaren was still five seconds down the road with time fast running out. 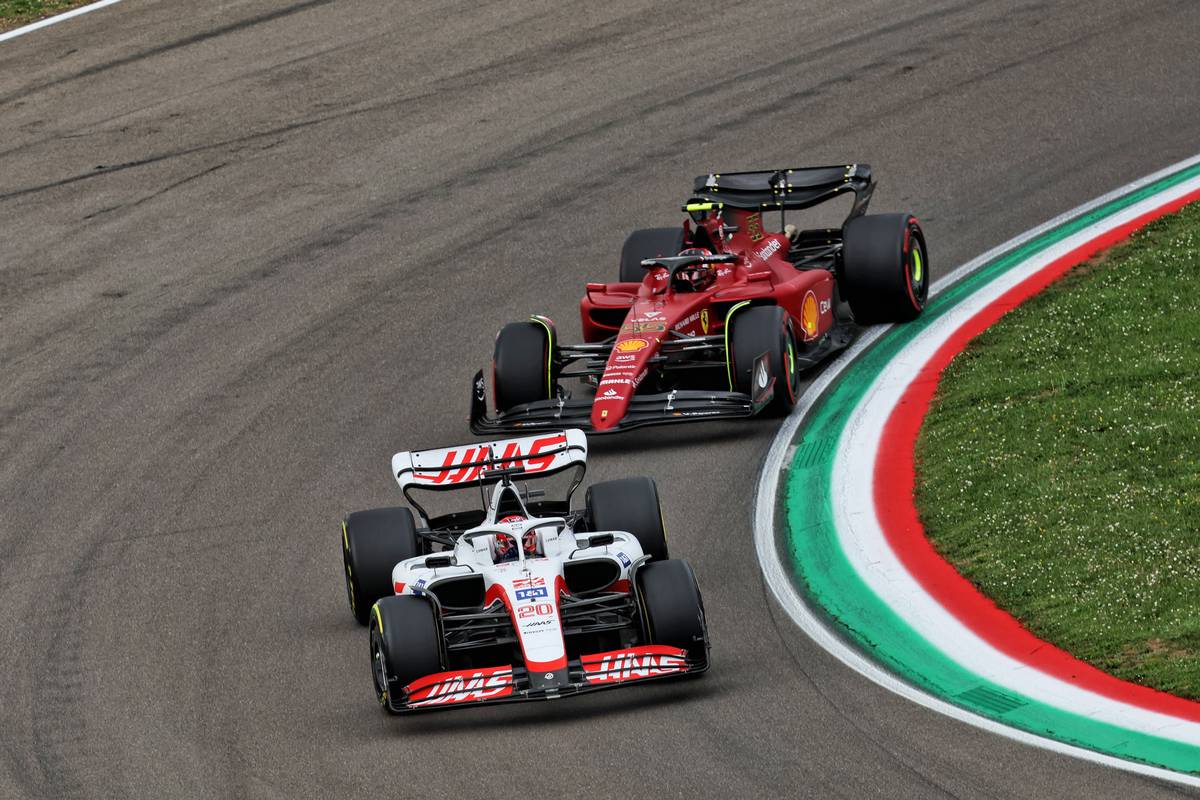 With five laps to go, Verstappen suddenly went up a gear and into attack move, closing within DRS range of Leclerc who appeared to have some graining on the front right according to the Red Bull pit wall. That encouraged Verstappen to turn the screw and pressure the Ferrari into a series of small errors and slides. The Red Bull was clearly the superior of the two, and with two laps to go the pair went into Tamburello side-by-side, Leclerc on the inside but Verstappen confidently sweeping around the outside to take the lead of the race and quickly pull away from his rival.

Verstappen duly claimed victory with Leclerc having to settle for second ahead of Perez, Sainz managing to snatch fourth from Norris who was followed across the line by Ricciardo, and Bottas in seventh after the Finn completed late passes on both Magnussen and Alonso, the Haas just holding on to the final point on offer today.

Behind Alonso, Schumacher was tenth with Mercedes' George Russell having failed to make any headway from his starting position of 11th. Yuki Tsunoda had made significant progress after a disappointing qualifying, improving four places to take P12, with Vettel having declined to 13th putting him ahead of a moribund Lewis Hamilton. They were followed by Lance Stroll, Esteban Ocon, Pierre Gasly and the two Williams of Alexander Albon and Nicholas Latifi, with Guanyu Zhou the sole retirement of the afternoon. 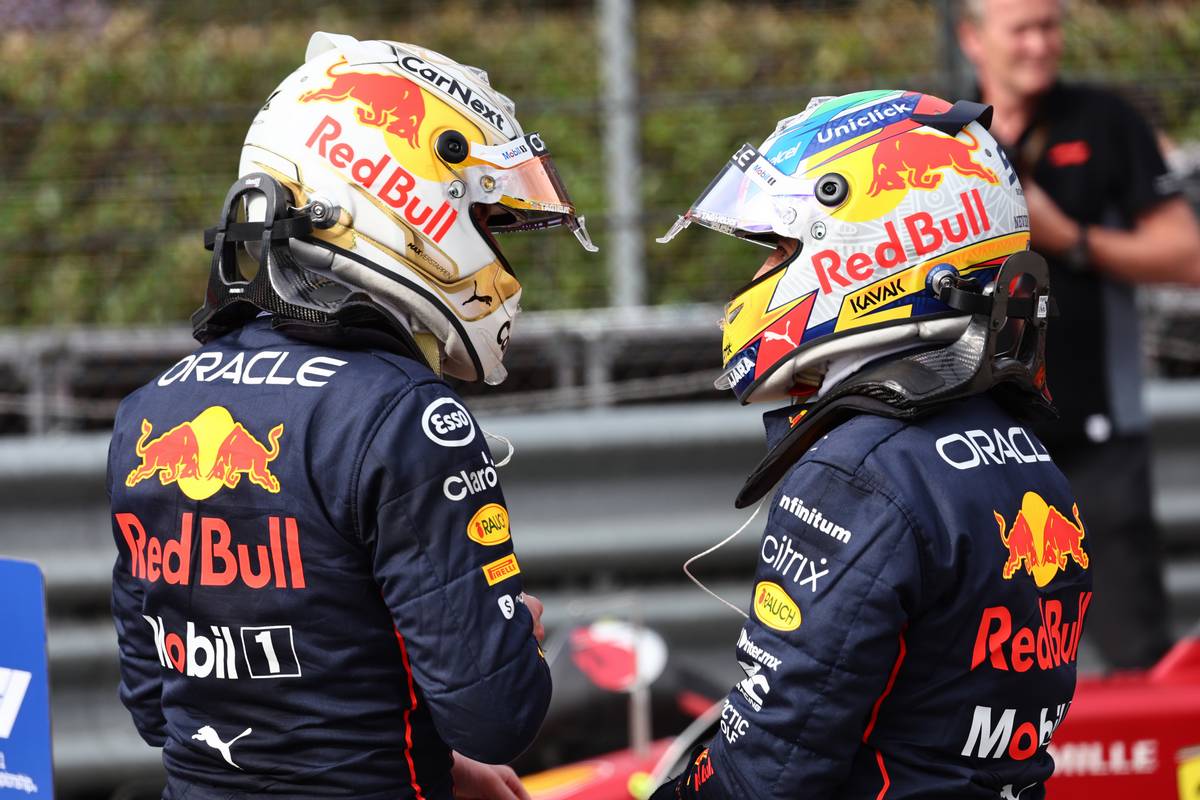 Verstappen had to 'stay calm' after poor start to Imola sprint