Reigning F1 champion Max Verstappen has put his 2022 campaign back on track with a dominant victory in the Emilia Romagna Grand Prix at the Autodromo Enzo e Dino Ferrari in Imola.

Having claimed pole position in qualifying on Friday and confirmed top spot on the grid for the Grand Prix with victory in Saturday's sprint, Verstappen dominated the race to take his second win of 2022.

A clean sweep across the weekend means that he has narrowed the gap to championship leader Charles Leclerc to 27 points despite two retirements in the first four races of the season.

Better still, his dominant victory in Sunday's race in trick we/dry conditions proved that Red Bull have got over their reliability issues and are now able to beat their Ferrari rivals in a straight fight.

Unlike the sprint, Verstappen got a perfect start to the race and leapt away, pulling out a big lead despite the initial wet conditions. After that it was a question of when to switch from the intermediate tyres to the medium slicks as the track dried.

"You never know with the weather how competitive you're going to be," he told the media after the finish. "But I think as a team we did everything well, and I think this one-two is very deserved.

"The start of course was very important," he said. "But also afterwards, judging the conditions and when to swap to the slick tyres, and on the outlap with the slick tyres, not to make mistakes.

"In the lead you have to always dictate the pace and it's always a bit more difficult initially," he pointed out. 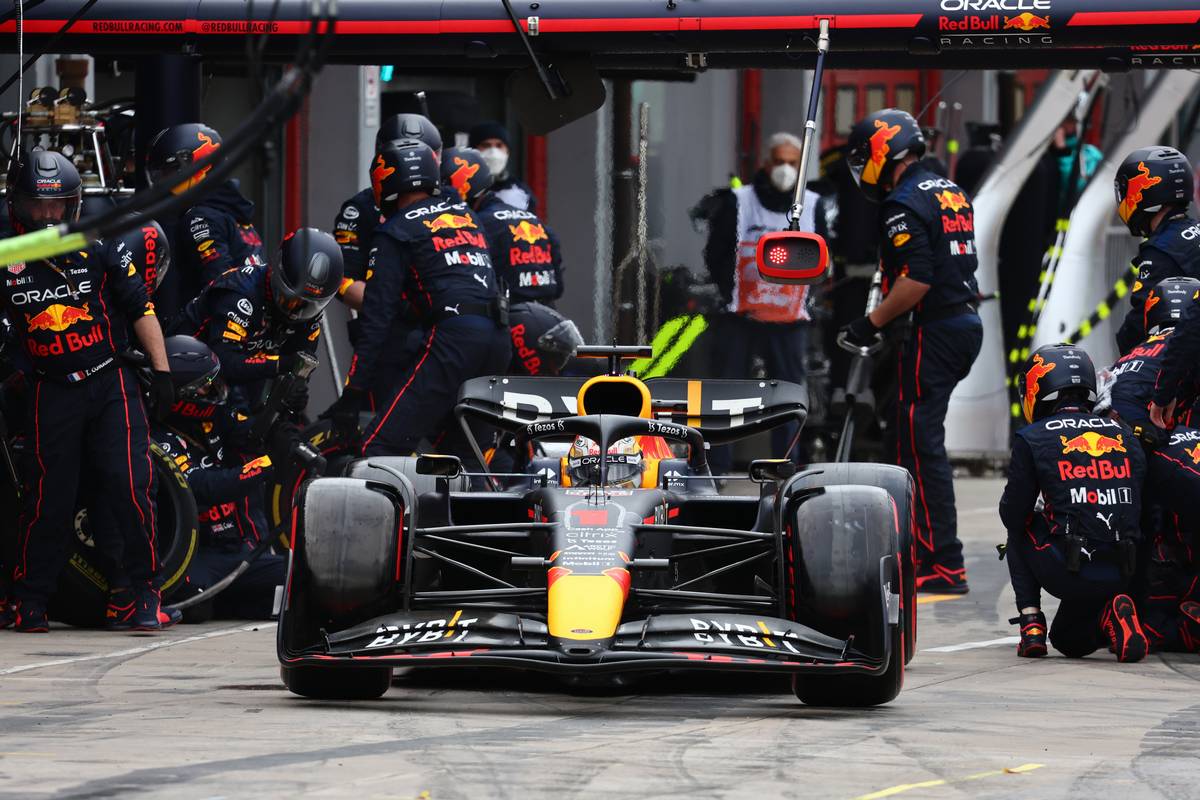 "But everything was well managed," he said, proud of the team emerging from the afternoon with the first Red Bull one-two in almost six years.

"It's always tough to achieve something like that," he said. "But already yesterday and the day before, we were on it and I think it was looking like a strong weekend."

Verstappen picked up a total of 34 points this week, thanks to the sprint win and a bonus point for fastest lap adding to the 25 points for winning the race itself.

Meanwhile his main rival Charles Leclerc only picked up 15 points after spinning out of a potential podium place in the final laps, dropping to sixth place by the chequered flag.

Leclerc 'too greedy': the spin shouldn't have happened