Lewis Hamilton apologized to his Mercedes team for his pointless run in the Emilia Romagna Grand Prix in which teammate George Russell collected a fourth-place finish.

From the outset, Hamilton spent his afternoon at Imola in the thick of F1's midfield, unable to make any headway and crossing the checkered flag a lowly P13 while Russell made the most of his car's potential and the circumstances to finish fourth.

Mercedes team boss Toto Wolff apologized to the seven-time world champion during his cool-down lap for giving him an "undriveable" car.

"It's been difficult and it's definitely not easy, but we all feel it as a team," said Hamilton after the race.

"And at least George [Russell] got some points today for the team. So apologies to everyone that I wasn't able to do so." 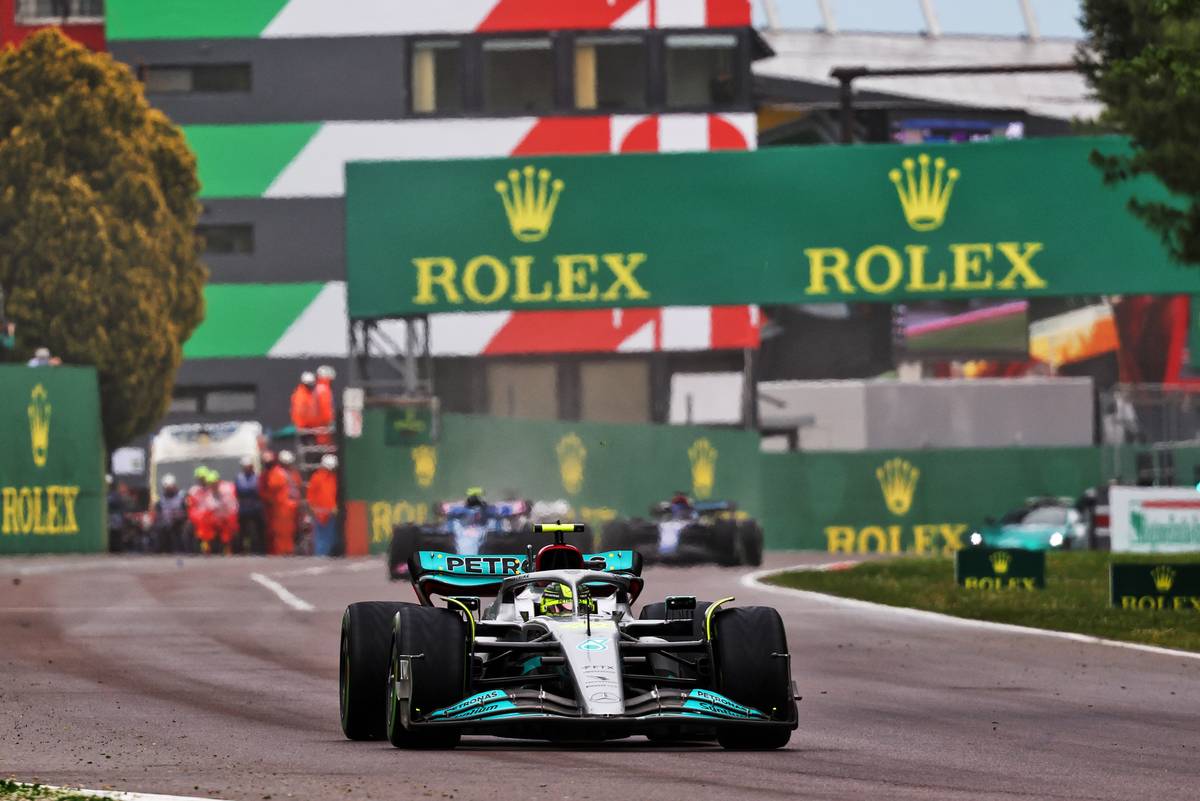 The Mercedes team continues to believe in the potential of its W13, its crews working hard to control the porpoising and downforce issues that have so far undermined the Silver Arrow's performance.

While feelings of frustration are setting in, Hamilton insists the team is in the trenches, doing as much as it can to solve sits troubles.

"I think the team is... as I said, everyone is feeling it and everyone is head down, trying their best," he said.

"I’ve definitely had lower moments, so it’s not the lowest, for sure.

"So there's no one that's giving up and everyone is just trying to move forward as fast as they can."

In Sunday's race, Hamilton found himself locked in a DRS train from which he could not extricate himself despite all his efforts.

"I really found it frustrating and I just wanted to move forwards," he said. "I just wasn't close enough to overtake. I was just a bit of a sitting duck today."

F1's next round of racing at the inaugural Miami Grand Prix will bring its own challenges. And Hamilton doubts that Mercedes will enjoy a sudden turnaround of its fortunes in Florida's Magic City.

"I can't say that I'm particularly looking forward to it at the moment, but I'm sure during the week I'll get to a positive frame of mind.

"I'll be at the factory tomorrow to work with the guys to see what we can improve."