Yuki Tsunoda delivered a solid drive for AlphaTauri in the Emilia Romagna Grand Prix, the Japanese charger steering clear of trouble and "just trusting" his car's pace to finish an impressive P7.

Tsunoda qualified a lowly 16th for Saturday's sprint event, but a productive effort in the 21-lap dash ensured a start on Sunday from 12th on the grid.

The 21-year-old held his own during a frantic opening lap but took advantage of several retirements in the first half of the field to settle into ninth place from where he managed most of his race.

But in the final stages of the 62-lap event, Tsunoda upped the pace and overhauled both Haas' Kevin Magnussen and Aston Martin's Sebastian Vettel to claim sixth.

Unfortunately, he couldn't resist the charging Ferrari of Charles Leclerc who was on fresher tyres after a late pitstop. But seventh at the checkered flag was a result that was as impressive as it was unexpected for Tsunoda. 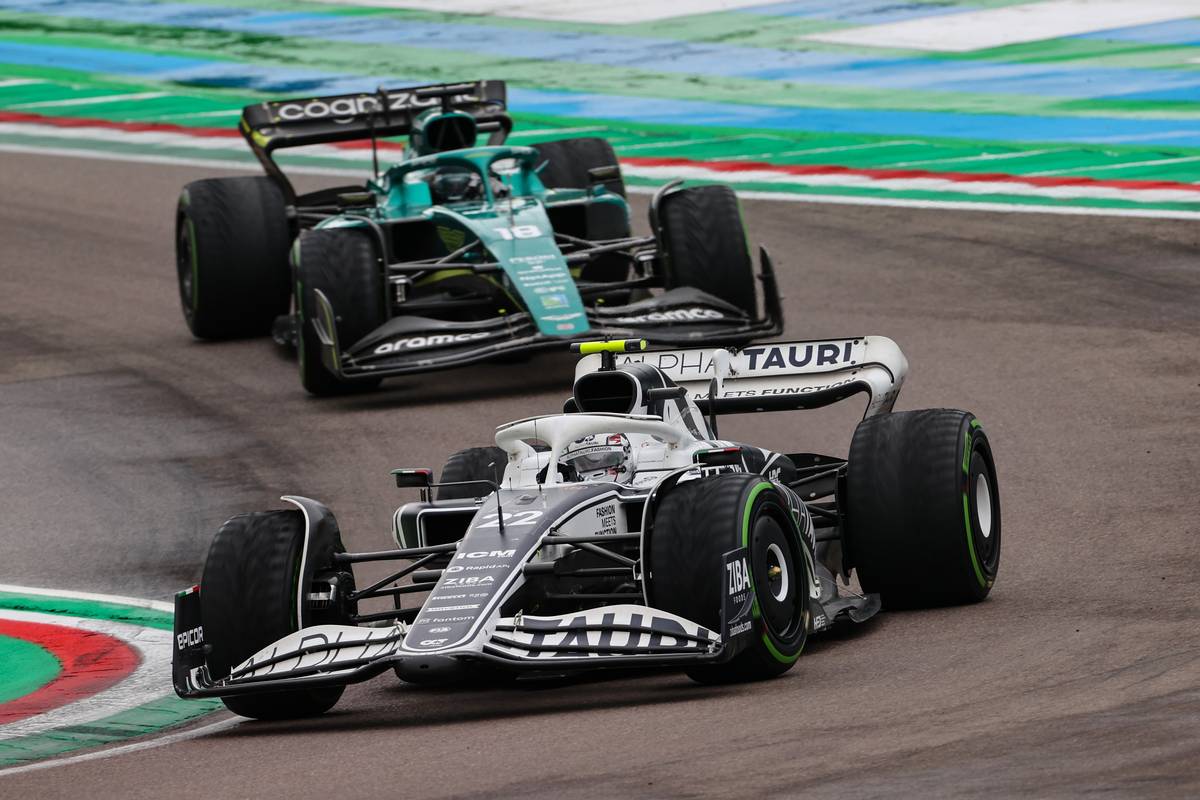 "To be honest, I didn't expect it, I mean, I didn't try to expect it, because this kind of difficult condition is really hard to predict," commented Tsunoda when all was said and done.

"I was just focusing to stay on the track first and just trusting my car's pace. I'm super happy to be able to score points, especially at a home track."

Tsunoda's strong result has pushed him past AlphaTauri teammate Pierre Gasly in F1's Drivers' standings. But the young gun is keeping his feet firmly planted on the ground.

"Don't make me too excited for those things, I'm still learning!" he said. "I feel there's still a lot of things to learn and also improve, for my side as well.

"There were lots of factory people watching in Imola, and the amount of work they've done in the year, the season before, and also this year, is huge.

"To be able to score points for them, I'm super happy for this one."

"Being our home race, many employees of Scuderia AlphaTauri were able to enjoy the race from the grandstands today, so it was great for them to be able to enjoy Yuki’s exciting performance here in Imola," he said.

"I want to say a big thank you to everyone in the team, both in Faenza and Bicester, who has contributed to today’s success."

Russell 'not getting comfortable' as Mercedes' best performer