The Monto Carlo resident seized control of the race at the halfway mark thanks to a full course yellow and Safety Car which reset the field's strategies. 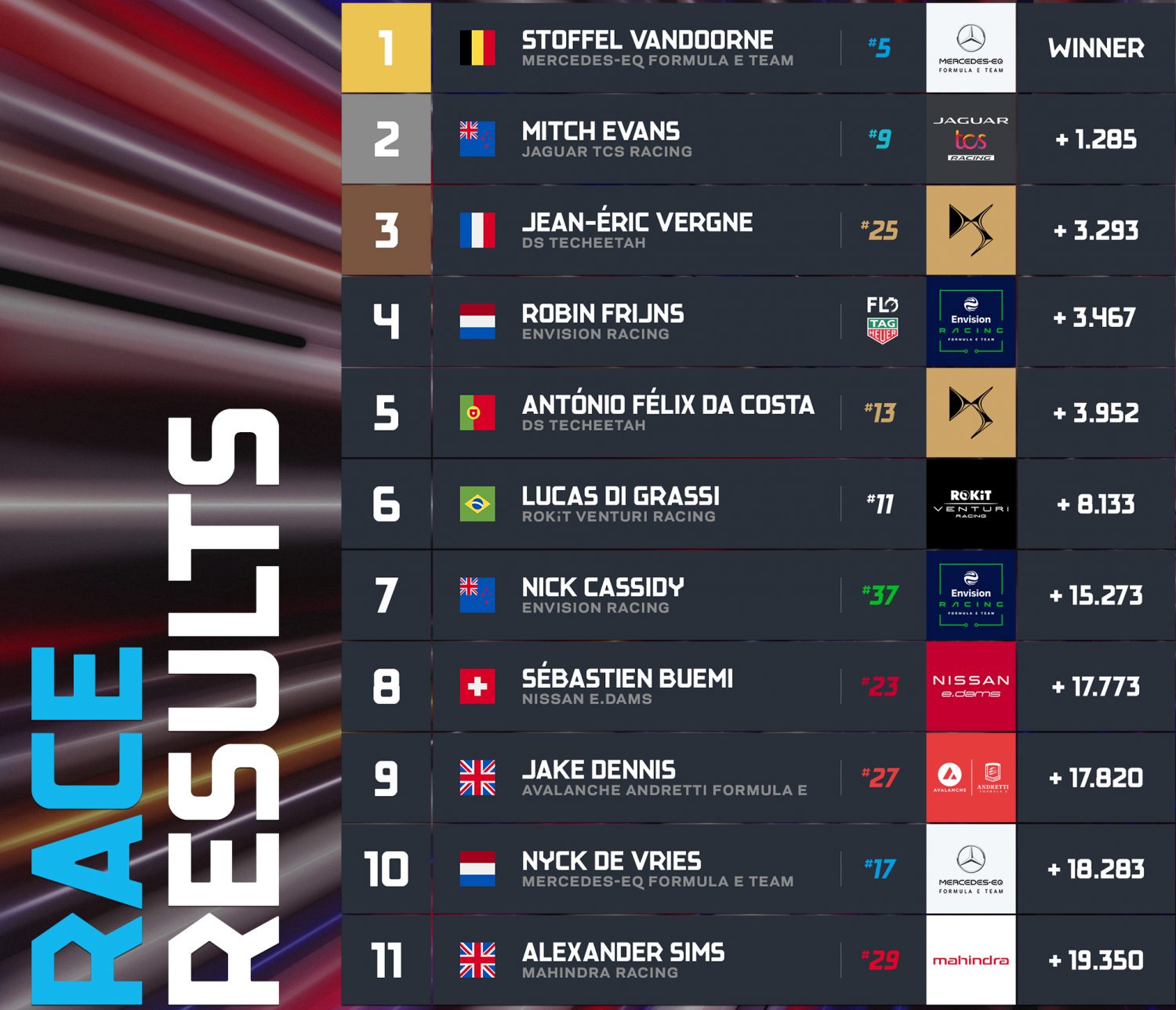 Evans led the field off the grid from pole, with Porsche's Pascal Wehrlein and Vergne in hot pursuit. The trio raced in an orderly fashion for the first third of the race, until a restless Wehrlein attempted an unsuccessful pass on the leader at the harbour chicane.

Vergne was the first of the leaders to take his attack mode, which dropped the Frenchman to sixth. But the DSTecheetah charger regained two positions in short order to the detriment of Robin Frijns and Lucas di Grassi.

Meanwhile, Evans activated his first attack mode, handing the lead to Wehrlein and dropping behind Vergne in third. The latter picked up the baton up front when Wehrlein who also took his attack mode and fell to third, just behind Evans. 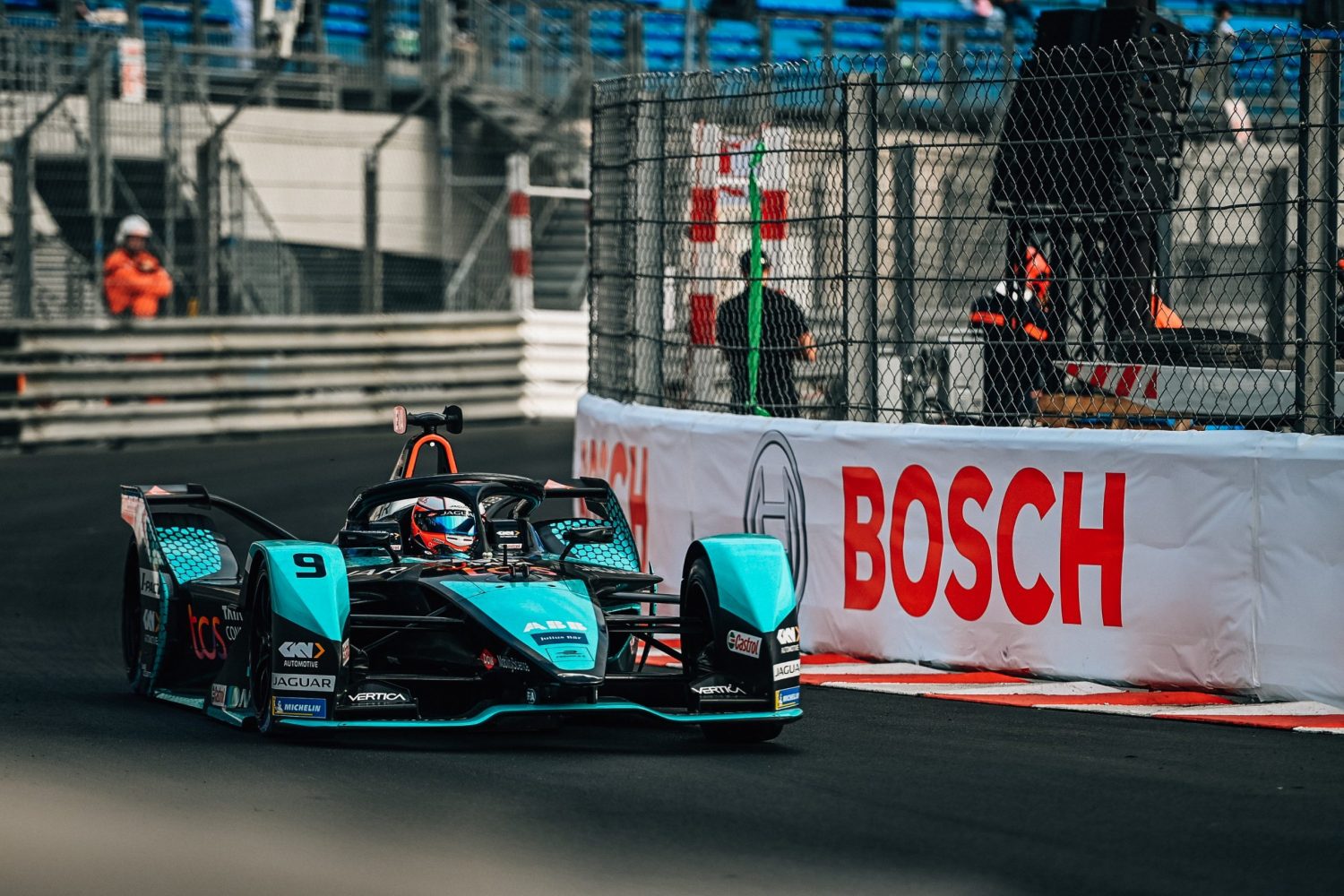 But the Porsche driver quickly gained the upper hand over Evans and then reeled in Vergne. However, soon after passing JEV, Wehrlein began to slow which propelled the Frenchman back into the top spot, with Vandoorne and Evans sitting P2 and P3 at that point.

Vergne then opted to take his second attack mode which allowed Mercedes' Vandoorne to move ahead. But Wehrlein's halt at the exit of the tunnel caused a brief Full Course Yellow.

When the race resumed, a clash at Ste Devote between Oliver Rowland and André Lotterer triggered another Safety Car, which encouraged Vandoorne to collect his second attack mode.

The race resumed with ten minutes left on the clock and Vandoorne leading Evans, Vergne and Frijns. The Belgian's chances of success were boosted when Evans peeled off to take his second attack mode.

But the Jaguar driver, now running behind Frijns in P4, gave it his all in the closing minutes of the race. The Kiwi overhauled Frijns and Vergne but just came up short against Vandoorne who crossed the chequered flag with less than one percent of energy remaining and a couple seconds in hand. 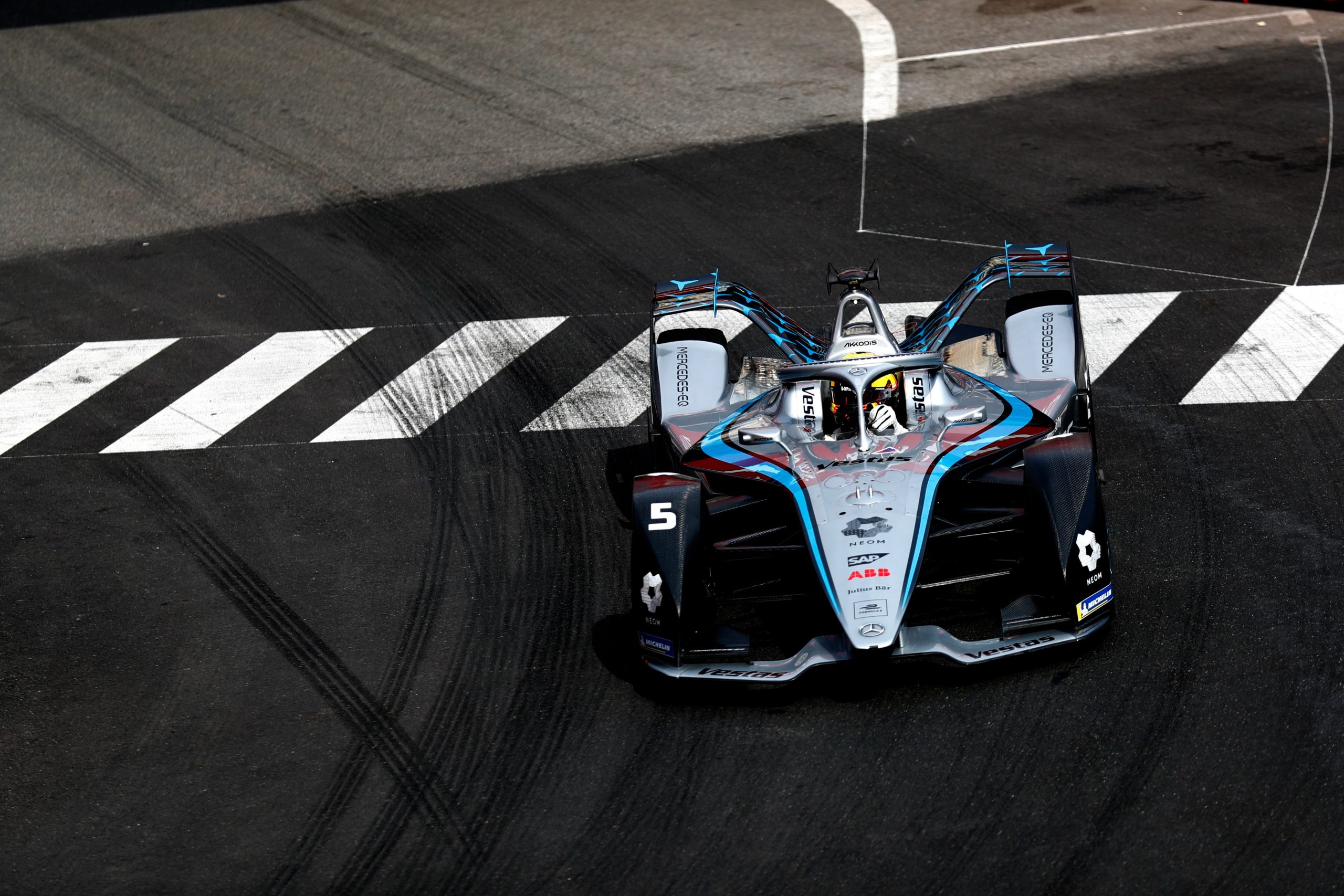 "It's a fantastic feeling," said Vandoorne after his win. "Monaco is one of those very special races that every driver wants to win.

"We had a tough weekend here last year but we really managed to turn things around this time. Our goal was to qualify well up the field, and after that, it was obvious to me that we could be top contenders as well. And that's how it went.

"We were really flying today, so many thanks to the team for putting such a strong car at my disposal," added the Belgian.

"My start to the season wasn't easy, but consistency is paying off now. I'm really pleased about that. I feel like I've been fighting up front all season.

"I've had a few pole positions but couldn't quite convert them into wins, so this weekend, I decided not to qualify on pole but to go for victory instead, and that strategy worked."

Hamilton and INEOS miss out with bids for Chelsea FC