McLaren's Lando Norris says he's riding into Miami "on the high", determined to uphold the momentum delivered by his podium finish at Imola last time out.

After a disappointing opening race in Bahrain, Norris scored consecutive top-ten finishes at Jeddah, Melbourne and Imola, a productive string of results that bode well for McLaren and the Briton for next weekend's inaugural Miami Grand Prix.

"I’m hyped for this weekend," said Norris in the woking-based outfit's race preview.

"New circuits are always something I look forward to, and when you add in the excitement around a US race, particularly in Miami, it’s going to be so cool.

"It’s looking fast with some great features and with the added element of being a street track, it’s going to be a fun challenge.

"I’m riding in on the high of the last race and hoping to keep the momentum going forward." 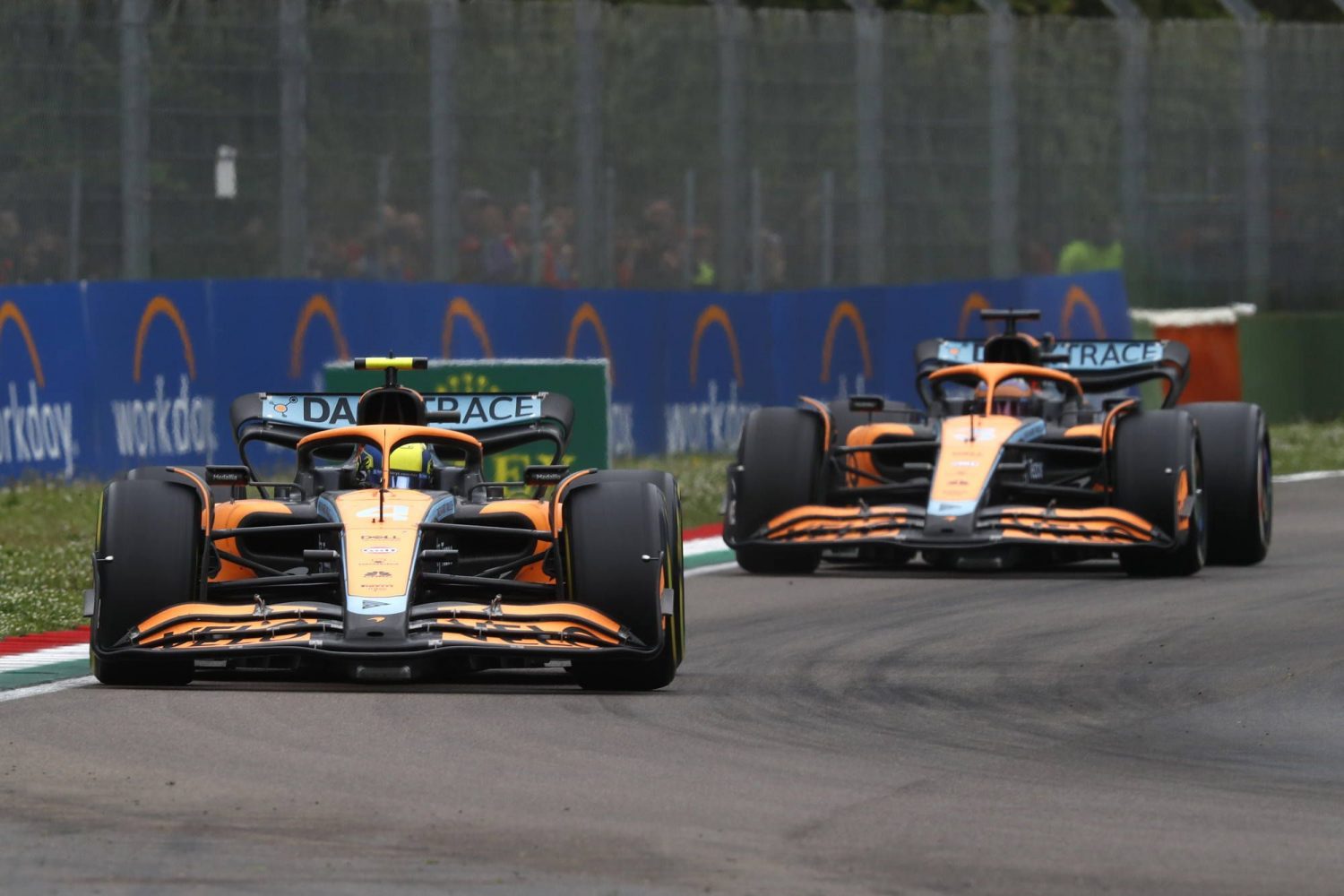 Norris admits that his third-place finish at the Emilia Romagna Grand Prix well exceeded McLaren's expectations, but the achievement was also another validation of the papaya squad's progress since the start of season.

"Whilst the podium finish wasn’t exactly expected, it’s a testament to the hard work and determination of the team at track and back at the factory," he said.

"Let’s keep going and push as hard as we can!"

Norris' teammate Daniel Ricciardo is playing catch-up, having only put points on the board on Sunday in his home race in Australia. But the Aussie is looking forward to tackling Miami's challenges.

"I’m buzzing to be heading to Miami!" said the Honey Badger. "he US is like a second home to me, so I can’t wait to get on track in front of the fans and soak up the amazing atmosphere in the city.

"Miami knows how to put on a show so it’s shaping up to be an incredible weekend.

"I can’t wait for the challenge of a new track. The street circuit has some great features and they're something I’m really looking forward to testing out.

"Last race was a very tough one for me after sustaining damage on the first lap, but I’m bouncing back stronger and I’m ready to go.

"We still have a lot of improvements to make to the car, but Lando’s result in Imola was very encouraging. Hopefully we can get another good result this weekend, let’s keep pushing!"